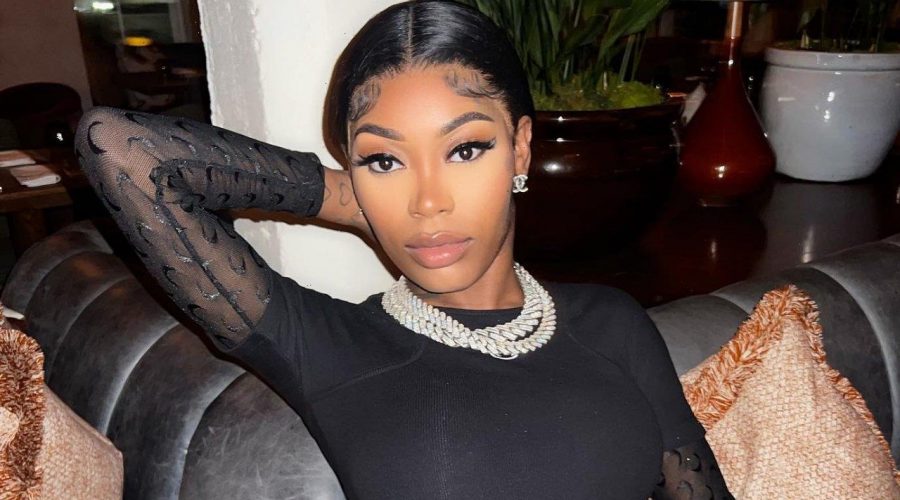 The ‘Twice’ raptress, who was recently forced to skip an Alabama show due to her arrest, warns those who ‘left [her] in jail’ that she ‘won’t be here forever.’

AceShowbiz -Asian Doll a.k.a. Asian Da Brat is apparently holding grudge against those who don’t show actual support to her during her difficult time. The female hip-hop star has been complaining about being ignored by her friends and family while she’s in jail.

The Dallas native, who has been incarcerated since earlier this week, has taken to her Instagram Story to slam those who allegedly didn’t respond to her text messages or phone calls. “Everybody that literally left me in jail, just know I won’t be here forever and when I come home it will be the start of something new,” she warned them in the Thursday, November 3 post. “I will remember everybody I called that didn’t answer or text back.”

Claiming, “I was the type to give anything and everything to anyone that I love,” she added that “to see the same energy not applied to me is heartbreaking!” The 25-year-old continued, “Everybody that smiled in my face and told me they got me, the don’t.”

Remaining hopeful that she will be released soon, Asian wrote, “Be home soon,” before declaring her love for her loyal supporters, “I love all my family and friends who are truly holding me down! Love always. Asian.”

But many didn’t feel Asian’s complaint. Thinking that she was angry for no reason, one person said, “Girl you been in jail for 30 seconds. Sis been acting like she’s doing a 10 year bid wtf. Take me out this group chat too.” Another commented, “girl how long you been in there ?”

A third echoed the sentiment as writing, “Girl you been in there 30sec with a denied bond wtf is anyone gonna do.” Other similar comments read, “Girl you was in jail for a few minutes relax” and “Acting like she doing years in there.”

Asian first revealed that she had been arrested on Monday when informing her fans that she wouldn’t make it to her show in Alabama. “Sorry Alabama and dc I won’t be making it I’ve been detained while it’s to my show & I don’t see a judge until Monday I’ll make it up to y’all love y’all stay safe,” she wrote on her Story. “Free me they tryna do me bad,” the “Poppin” raptress, whose real name is Misharron Jermeisha Allen, lamented.

Later on Tuesday, Asian greeted her fans from jail via Instagram Live. She appeared to be in good spirits as she smiled while playing with her hair. “Hi, everybody,” she said.

The former girlfriend of late rapper King Von also wrote on her Instagram Story that her “bond was denied.” She added, “Still in jail. Sorry to all my fans about the shows I missed. Love y’all, be back soon.”