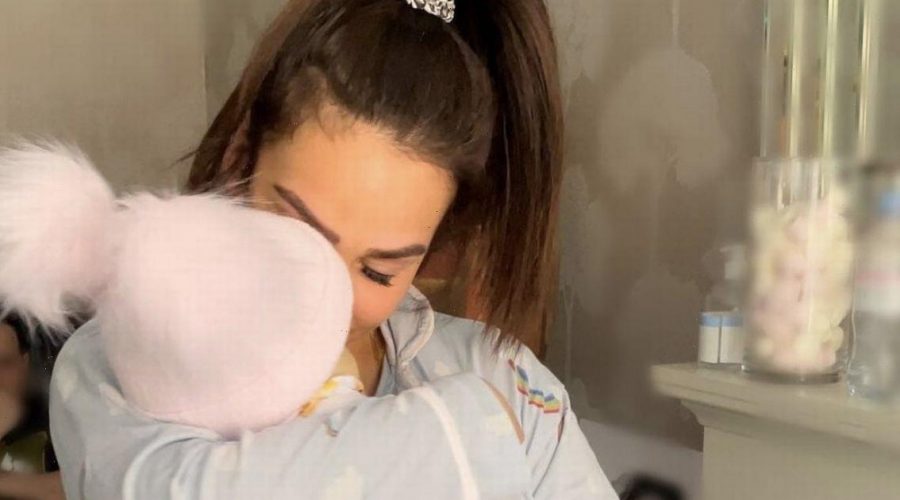 Ashley Cain’s parter Safiyya Vorajee has been left touching after Pride Of Britain shared a tribute to her late daughter Azaylia.

And, as Ashley and Safiyya grieve for their beloved baby girl, Pride Of Britain have recognised the Azaylia’s brave battle with a touching tribute on their social media.

Pride of Britain shared a short clip on their Instagram page as the Pride of Birmingham Awards went ahead.

The clip shows a black background with white writing which reads: “Dedicated with love to all those bravely fighting their own battles. You are all heroes.”

It then changed to show a photo of little Azaylia and had her full name as well as her birth date and heartbreaking death date underneath the image.

As Pride Of Britain’s Instagram page shared the clip, it wrote in the caption: “Dedicated with love to Azaylia Cain and to all those bravely fighting their own battles.” A lion emoji was added alongside the words as well as the hashtag #PrideOfBirmingham.

The video has received more than 200,000 views, while Azaylia’s mum Safiyya shared her gratitude over the touching tribute.

Safiyya, who recently said she knows her daughter hears her, shared how heart warmed she felt in the comments section. She wrote: “Amazing Azaylia you are my hero, and to all those who are battling a journey be brave stay strong”.

Meanwhile, supporters and fans shared loving messages to the little girl as one said: “A beautiful angel, brave and strong, given the most amazing parents to love her. They were lucky to have her and Azaylia was lucky to have them. Sending them all so much love.”

Another added: “the most brave and beautiful Angel”. While a third wrote: “The greatest little champ there ever was!”

It comes after Safiyya candidly shared her struggles with her grief after the tragic loss of her little girl.

As she shared a photo of herself, Ashley and Azaylia looking up to the sky with an image of Jesus holding Azaylia, who has wings on her back, she opened up to fans.

Safiyya posted the image on her Instagram story and wrote below: “Powerful picture Good morning Azaylia” followed by a shooting star emoji.

She continued: “In the morning when I open my eyes, it’s a scary world I open too, I panic get anxiety & wonder where my baby is” followed by a crying emoji.

The mum added: “It takes me about an hour to find the strength to get out of bed, I roll over from side to side hoping hoping this was all a dream

“I feel like I’m drowning in my body, My heart throbs with pain I wonder how I’m going to get through another day”.