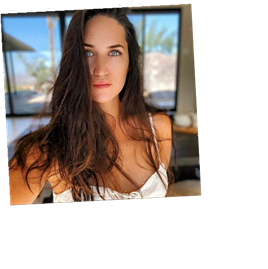 What began as a moderately salacious cheating scandal turned into allegations of ruined lives at the hands of Armie Hammer.

Eye-catching “cannibal” fantasies aside, Armie’s exes have spoken out … and fans suspect that there are more out there.

Now, it’s reported that Armie was responsible for a very visible bruise seen months ago on a famous writer.

In September, writer Jessica Ciencin Henriquez shared a photo of her beautiful self enjoying some sunlight.

The eye-catching detail of the photo was a bruise on her butt … one that she acknowledged in her caption.

“I bruise easy…but you should see the other guy,” she joked without offering a genuine explanation for the wince-worthy sight.

An inside source has now leaked to Page Six that the “other guy” in question was Armie Hammer.

Jessica herself has not confirmed that, but neither has Armie.

The full contents of the Instagram post are now being viewed in a new light in the context of this report, however.

The rest of her lengthy caption was waxing philosophical about her role as a writer.

Specifically, she made references to the people in her life, including partners, and her thoughts on honest portrayals of them.

She also wrote about seeing their memories “go to war” with her own if she ever wrote about her life.

It is difficult to say whether Jessica picked the photo to attract attention from her folllowers who would then read the caption … of it it was something else.

In context, some wonder if she was specifically thinking about writing about Armie.

Some have speculated that she may even have been making a veiled threat to write about him … but that may be a bit of a stretch.

It is important to note that Jessica may not have, at that time, harbored any ill will towards Armie.

These can be worn with pride, whether visible or invisible — not unlike less kinky marks like rugburn, sore thighs, or hickeys from fairly vanilla sex.

Bondage and sadomasochism is supposed to be three things: safe, sane, and consensual.

The psychological behavior described, including obsession and emotional abuse (and, weirdly, making financial demands of one woman), is not that of a caring dom, but of a toxic partner.

Not everyone knew what to think at first when alleged DMs attributed to Armie leaked.

And, as made hundreds of headlines, he expressed slightly more outlandish fantasies of “cannibalism,” expressing an interest in gore and vore — the latter being a kink involving eating others.

There is of course no evidence whatsoever that Armie has at any time tried to act on those fantasies, despite recent headlines claiming that he might be a serial killer.

What Armie is … is hard to say, but it seems clear that he is accused of blurring the line between fantasy and reality in a way that was unhealthy for his partners and likely unhealthy for him, too.

We send our best wishes to all of the women who have come forward and those who have not. Few people are eager or even willing to come forward with traumatic experiences.