Ariana Grande is sending love to Selena Gomez. After Sel’s song and video for "Ice Cream" premiered on Aug. 27, everyone is talking about the flirty new song and colorful visual. With BLACKPINK on the track as well, it instantly went viral and Gomez has a lot to celebrate this week. Thankfully, Grande is helping her do so. Ariana Grande’s gift to Selena Gomez to celebrate "Ice Cream" is so sweet… literally.

In case you somehow haven’t seen the "Ice Cream" video yet, it’s a pastel, sweet treat dream come to life. The vibrant video starts out with Gomez driving an ice cream truck, so when Grande sent her a gift celebrating the release, she did so in the most fitting way possible.

Ari surprised Gomez with a massive floral arrangement made to look like an ice cream cone. The present featured an array of pink and white roses made to look like the "scoops," and they were arranged in a vase designed in the shape of a waffle cone. Gomez excitedly shared a pic of her gift with fans. “Obsessed @ArianaGrande,” Sel captioned the pic of her delivery.

You can see Grande’s gift to Gomez below. 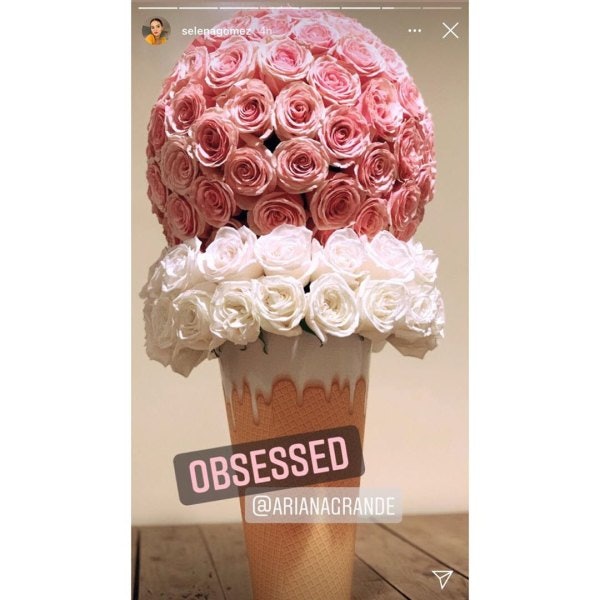 Grande has some celebrating to do herself. The pop star was actually one of the co-writers of “Ice Cream" along with Gomez and Victoria Monét.

Gomez spoke out about her excitement over the collab with BLACKPINK during an Aug. 28 interview with Apple Music’s Zane Lowe. "I’m so excited. The girls are so cool, and I love their music. I just think that they know… They have this thing about them… I had such a good time with them over FaceTime," Gomez said in the video chat with Lowe.

Gomez was so inspired by the collab she even debuted a new flavor of ice cream in honor of the song. "To celebrate the final episodes of Selena + Chef Season 1 on @hbomax and the release of ICE CREAM, I made a little extra recipe," she said on Instagram.

To celebrate the final episodes of Selena + Chef Season 1 on @hbomax and the release of ICE CREAM, I made a little extra recipe… @serendipity3nyc @serendipitybrands Sundae! 🍨

With her new song, music video, and cooking show, Gomez has a lot to celebrate, and she can add a supportive friendship with Grande to that list. 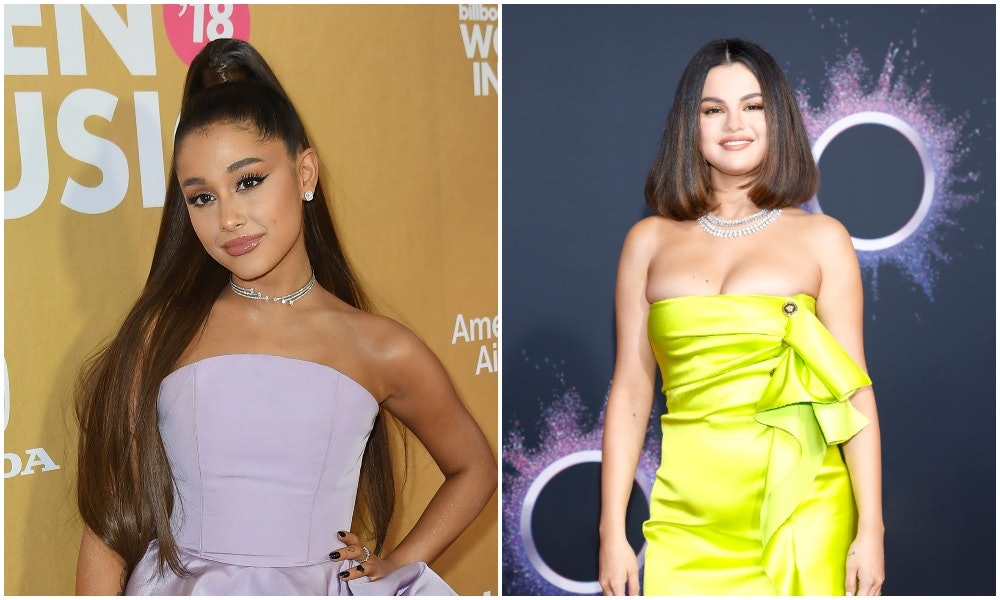 09/01/2020 Celebrities Comments Off on Ariana Grande’s Gift To Selena Gomez To Celebrate "Ice Cream" Is Literally So Sweet
Recent Posts
We and our partners use cookies on this site to improve our service, perform analytics, personalize advertising, measure advertising performance, and remember website preferences.Ok