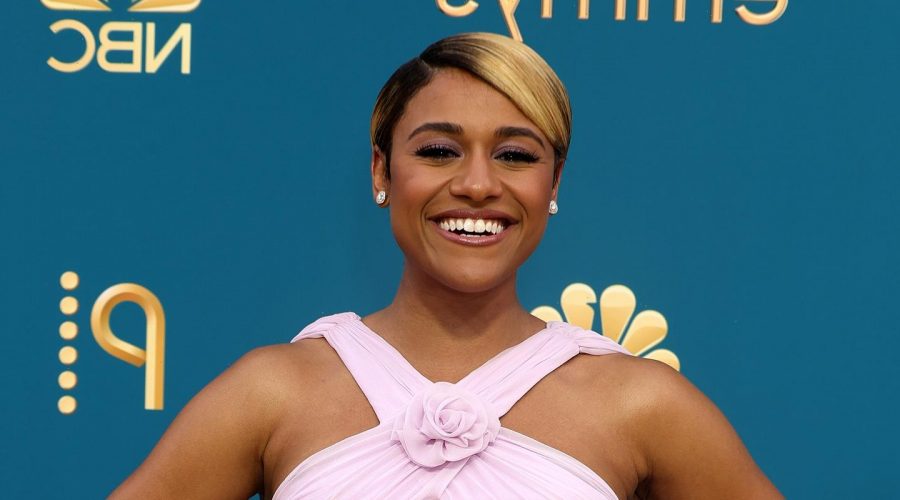 Ariana DeBose has a fun fashion moment while arriving at the 2022 Emmys Awards held at Microsoft Theater on Monday (September 12) in Los Angeles.

The 31-year-old Oscar-winning actress is in attendance as she is set to take the stage to present an award during the ceremony.

Her series Schmigadoon! was actually nominated for several technical awards, and picked up the win for Outstanding Original Music and Lyrics for the song “Corn Puddin’” by the show’s creator and writer Cinco Paul.

A few days before, Ariana was in attendance at the 2022 D23 Expo, where she sang a song from her upcoming Disney animated film Wish, which was announced at the expo.

Get the scoop on the new film RIGHT HERE!