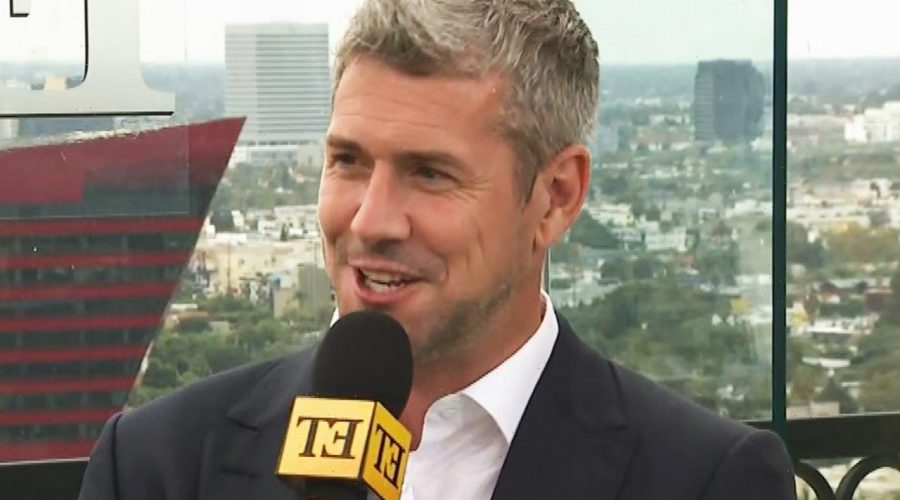 The Celebrity IOU: Joy Ride star co-hosted Friday’s episode of Entertainment Tonight, where he opened up about connecting with his lady love on his Discovery+ car show.

“Sometimes things come to you at the right time, and actually the right time is often the most unexpected,” Anstead told ET’s Nischelle Turner. “There’s absolutely no way it was something I expected, but there’s something magical in that right?”

Anstead, 42, and Zellweger, 52, first met while filmingIOU, which premieres Monday, Aug. 23. The two first sparked romance rumors in June and were spotted out and about together for the first time one month later. Their romance came the same week that ET confirmed that Anstead’s divorce from Christina Haackwas finalized. Haack and Anstead continue to be in touch, as they co-parent their almost-2-year-old son, Hudson.

“The concept of blended families is more common now than it was and we live in a society now where it’s more normal,” Anstead expressed about co-parenting with his ex-wife. “So you have to bring a level of normalcy to it. Hudson’s peers and kids at school are all in very similar situations and it just has to come from a place of love really because ultimately if the decision is in favor of the child, it’s ultimately the right decision.”

The reality star, who’s also father to daughter Amelie and son Archie from a previous marriage, added that he’s seen so many families and parents “co-parent badly,” adding, “It’s a real shame.”

“Because ultimately when all that, I guess, awkwardness falls away, which it will do eventually, time’s a great healer, you’re only gonna get the opportunity to look back. And when you look back and you say, ‘How did I handle my side? How did I handle my half?'” he continued. “And, you know, I’m really proud of my half.”

The proud father, meanwhile, couldn’t help but fawn over his little boy when touching on their adorable photos together. “I’ve desperately tried to take a bad picture of Hudson and I can’t! I can’t!” he jokingly said. “The kid is so photogenic.”

“The pictures don’t actually tell the whole story because he’s such a great character, there’s so much life and energy and he’s getting to that age now — he’s almost two — where he’s bordering on that cheeky, kinda, period,” he shared. “He’s starting to find himself, finding his feet, push boundaries with me.”

“We have this really close relationship,” Anstead added. “I’m his best friend. Between the two of us, we kind of orbit around each other at home. It’s actually kinda funny.”

If that father-son relationship doesn’t pull at the heart stringsCelebrity IOU: Joyridejust might. The series follows Anstead and co-host Christy Lee as they give celebrities the opportunity to “roll up their sleeves and create automotive masterpieces for someone special in their lives.” The Celebrity IOU home renovation spinoff will see a number of celebrities, including Zellweger, all try their hand at car restoration and repairs.

“There’s something [about giving back],” the British star mentioned. “I’m working in this sector I’m incredibly passionate about, so I’m already a few steps closer to being emotional anyway. But when you add the celebrity stories, and some of these stories were remarkable, and there was a couple of times where, yeah, it really does tug at you because we’re in it for the right reasons.”

“We’re in it to genuinely celebrate these amazing people,” he added. “We join up with a celebrity to give this deserving person something special. And when you think about it, this is such an amazing one-off gift. We are really genuinely saying ‘thank you’ to somebody that absolutely deserves it and because of that…yeah, the emotions run high.”