There was a large rock on Ana de Armas’s finger as she enjoyed a PDA fest with Ben Affleck on the set of their upcoming movie, ‘Deep Water.’ The lovers play a married couple in the film.

Was it a movie prop — or something more? Ana de Armas, 32, was wearing what very much looked like an engagement ring while sharing kisses with her boyfriend and co-star Ben Affleck, 48, on the set of their new movie Deep Water in New Orleans, Louisiana on Nov. 19. As Ana laid her hand on Ben’s chest amid the PDA fest, the diamond (which Ana wore on that finger) was very prominent! You can see the photos here, obtained by Daily Mail. 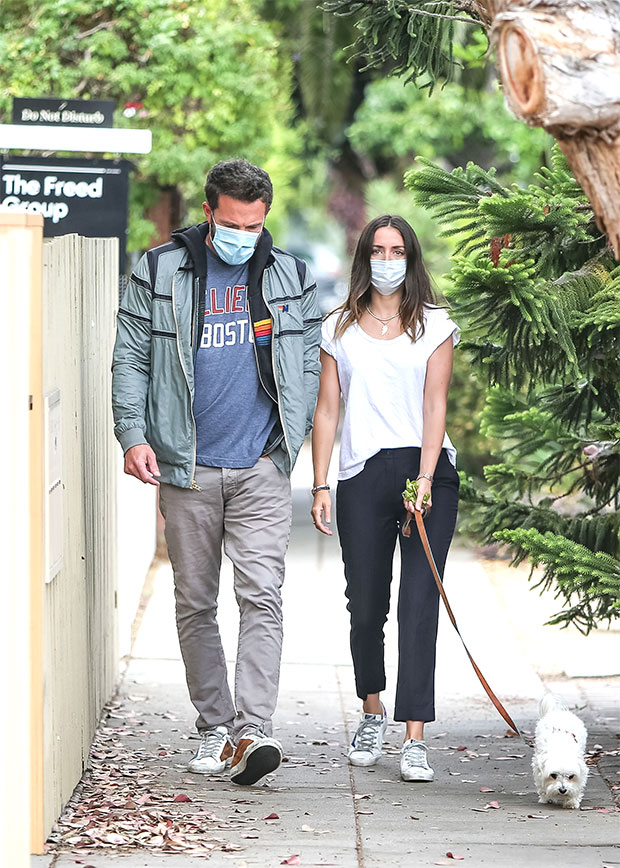 Ana and Ben play a married couple in the movie, which is about a well-off husband that lets his wife have affairs yet becomes a suspect when her lovers begin to mysteriously disappear. So, it’s unclear if Ana was just wearing the ring as part of the movie, which was doing reshoots that Thursday. Ana and Ben were surrounded by a camera crew as they enjoyed each other’s company on the porch of a vintage house.

Ana and Ben have been inseparable throughout quarantine, often being pictured on romantic strolls and dog walks in Los Angeles — Ana even bonded with Ben’s three kids (Violet, 14, Seraphina, 11, and Samuel, 9) whom he shares with ex-wife Jennifer Garner, 48! However, they weren’t pictured together in recent weeks, and Ana even shared photos of herself in New York City without Ben on Nov. 11 (see below). It looks like Ana and Ben very much enjoyed their reunion!

In August, we learned if Ben and Ana were at the stage where they’d be considering marriage (thus requiring an engagement ring) and having kids. However, a source close to Ben EXCLUSIVELY told HollywoodLife that there is “no pressure.” The insider also told us, “Ben continues to put great effort into his family life along with his sobriety and when he met Ana was in a great place. He’s really worked on himself which is why the relationship is working so well.” 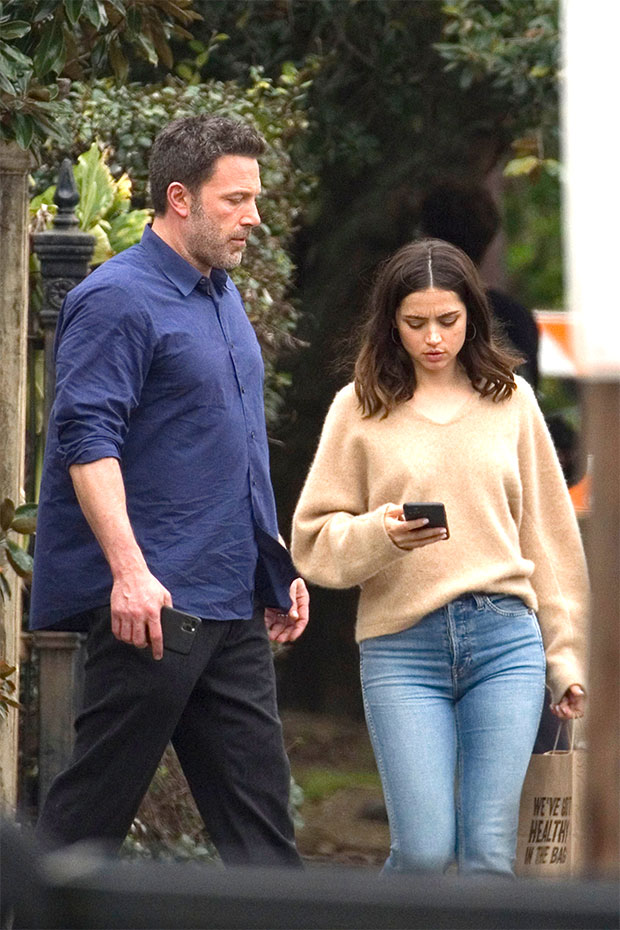 Ben connected with Ana after they began filming Deep Water in 2019, which took place in New Orleans (the photo above shows the co-stars walking out and about in the Louisiana city in Feb. 2020). They began to spark romance speculation, though, after Ben tagged along with Ana for a trip to her hometown of Havana, Cuba at the beginning of March in 2020!