Sparking romance rumors works up a mighty thirst. Weeks after Amelia Hamlin and Scott Disick partied together at Halloween, Lissa Rinna’s daughter was seen getting a healthy drink with a ‘masked mystery man.’

Amelia Hamlin, 19, was spotted out and about in Los Angeles on Nov. 10. The 19-year-old daughter of Lisa Rinna and Harry Hamlin was a picture of fall fashion, wearing Birkenstocks slides, a black puffy jacket, and some loose-fitting pants. Her biggest accessory, though? The masked and mysterious stranger by her side. This “mystery man” wore Ugg boots, a black coat, and a knit cap. Both he and Amelia sipped on green juices while walking around during that fine Autumn day. This “juice date” comes weeks after Amelia and Scott Disick sparked romance rumors by attending Kendall Jenner’s lavish birthday party on Halloween. 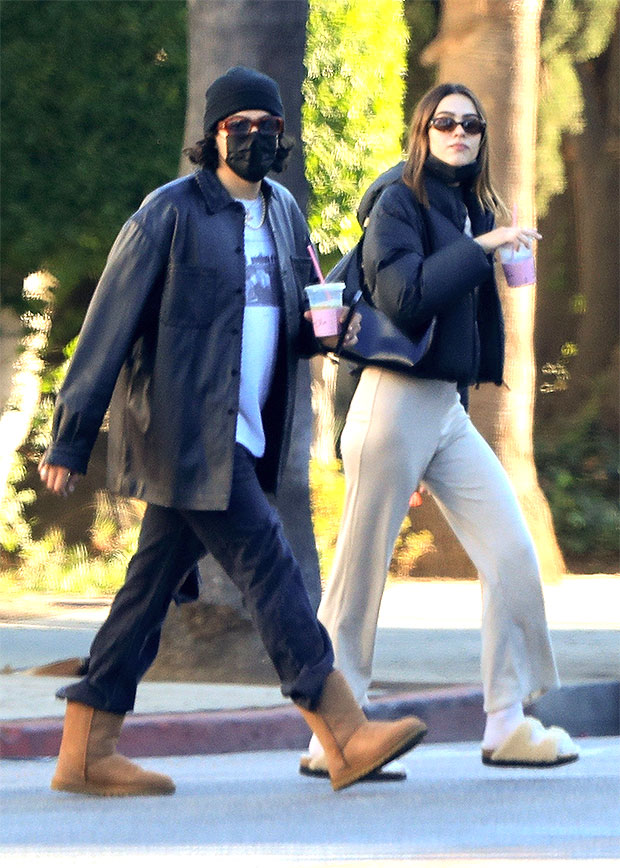 Scott, 37, who dressed up like Jim Carrey’s Ace Ventura for the event, pulled up to the party in the same car with Amelia, who was dressed as a “candy girl.” Though the pair was photographed separately during the event, they were seen walking together. With Scott single and ready to mingle – he and Sophia Richie called it quits in August – many were wondering if “The Lord” had moved on?

It turns out that no, Scott hadn’t struck up a new romance with yet another gorgeous model. “Scott is definitely not dating Amelia,” a source told HollywoodLife EXCLUSIVELY after the bash. It was just a case of coincidence. “He simply arrived at the party with a group of friends, both guys and girls,” the insider said, and Amelia happened to be one of the people in that group. Scott, per the source, thinks Amelia is “sweet,” but they’re not “not romantically involved whatsoever.” 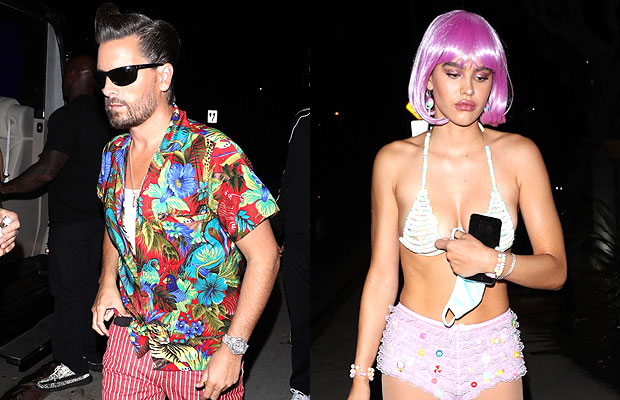 To further drive this point home, the insider told HL that Scott and Amelia “left in different cars and went their separate ways after that party.” Scott and Amelia aren’t even that close, a second insider told HollywoodLife EXCLUSIVELY. “They roll in the same cliques and have friends in common, but they aren’t dating, and he doesn’t even really know her.” Scott and Amelia would “reunite” — sorta — on Nov. 7. Both of them posted social media snaps from La Lune, a restaurant in Los Angeles, sparking more speculation that they were together. However, Amelia captioned her post “family dinner,” indicating that this was yet again another odd coincidence.

Scott has sparked his own buzz by posting a throwback picture of him with Kourtney Kardashian on Nov. 4. In the Instagram Story, both Kourt, 41, and Scott pose as if they’re attending prom together. The pic was captured by a fan account, and the comments section soon filled with KUWTK fans hoping that these two would get back together. They dated for ten years before splitting in 2015 due to Scott’s infidelity. However, multiple sources have told HollywoodLife EXCLUSIVELY that a “romantic relationship just isn’t in the cards right now.”

11/15/2020 Celebrities Comments Off on Amelia Hamlin Spotted Out With Mystery Man Amidst Buzz She Could Be Dating Scott Disick
Recent Posts
We and our partners use cookies on this site to improve our service, perform analytics, personalize advertising, measure advertising performance, and remember website preferences.Ok