‘I always told my family I would be’: Amber Gill reveals she is now a MILLIONAIRE just five months after being crowned winner of Love Island

Amber Gill has revealed she’s a millionaire just five months after she was crowned the winner of Love Island alongside her ex Greg O’Shea.

And in an interview with The Sun on Sunday she said: ‘I always told my family I’d be a millionaire and now I am.’ 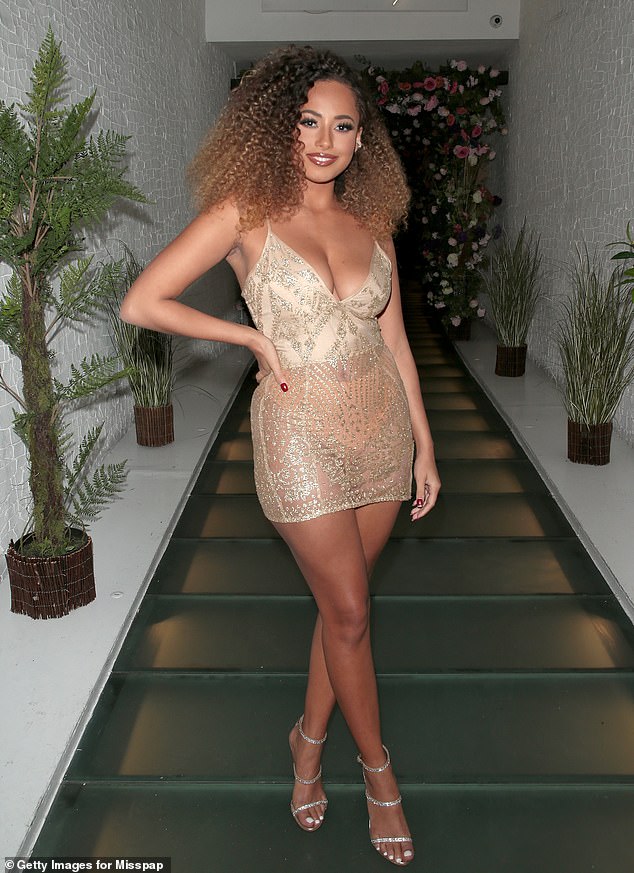 ‘I always told my family I’d be a millionaire and now I am’: Amber Gill, 22, has revealed she has millions in the bank just five months after leaving Love Island

She also opened up about dealing with her sudden fame as she added: ‘People always say “wow” when I walk into a room.

‘When I go to nightclubs now everyone knows who I am. I forget that I’m famous all the time.’

Before Love Island she worked with her auntie at a salon aptly named The Salon and she previously said she plans to invest her earnings to start a beauty empire. 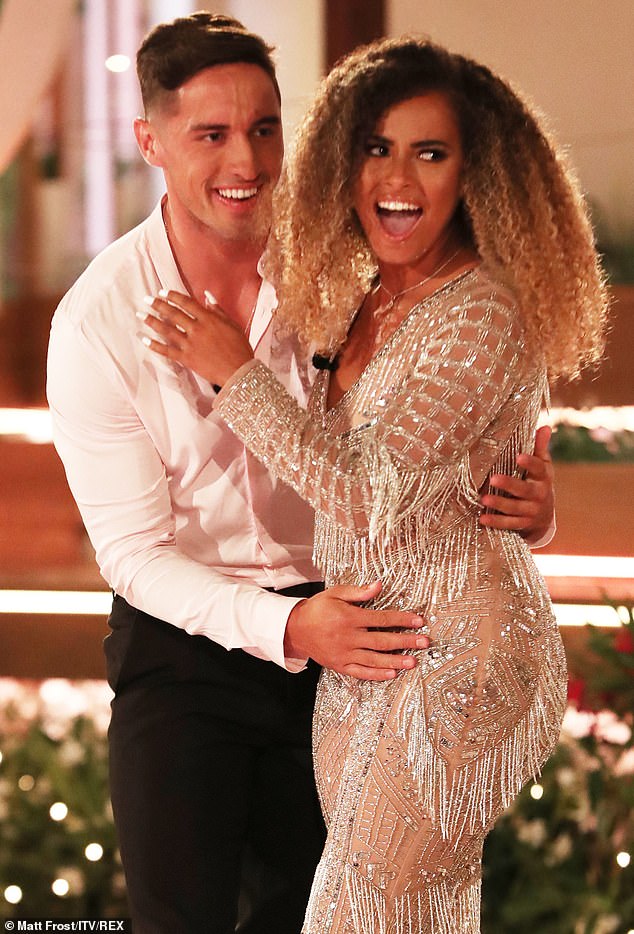 Success: The influencer was crowned the winner of Love Island alongside her ex Greg O’Shea at the end of July

Speaking to Closer magazine in August she said: ‘I’ll definitely keep working with my auntie. We’ll still have the salon, and I’ll build from that – the goal would be opening a few more salons together.

‘That was the idea before Love Island, so hopefully we’ll see what we can do.’

But while Amber and Greg’s budding romance seemed promising, the Newcastle native and the trainee solicitor became the fastest winners to part ways in the show’s history as they split after just five weeks together. 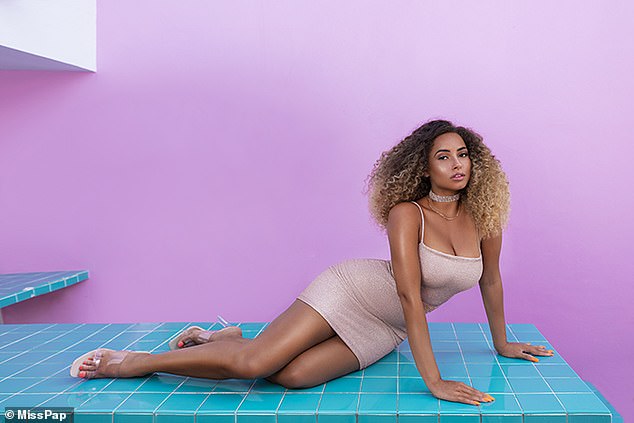 When asked about the Irish rugby player in an exclusive interview with MailOnline in October, the curly-haired bombshell defiantly said: ‘Um… who? I don’t know who you’re talking about!

‘No I’m joking, I don’t keep in contact with him. I don’t think [rekindling] the romance is on the cards.’

On whether she’s looking forward to dating in the future, the TV personality admitted that while she’d love some attention from social media users, she’s ‘too busy’ to be with someone at the moment. 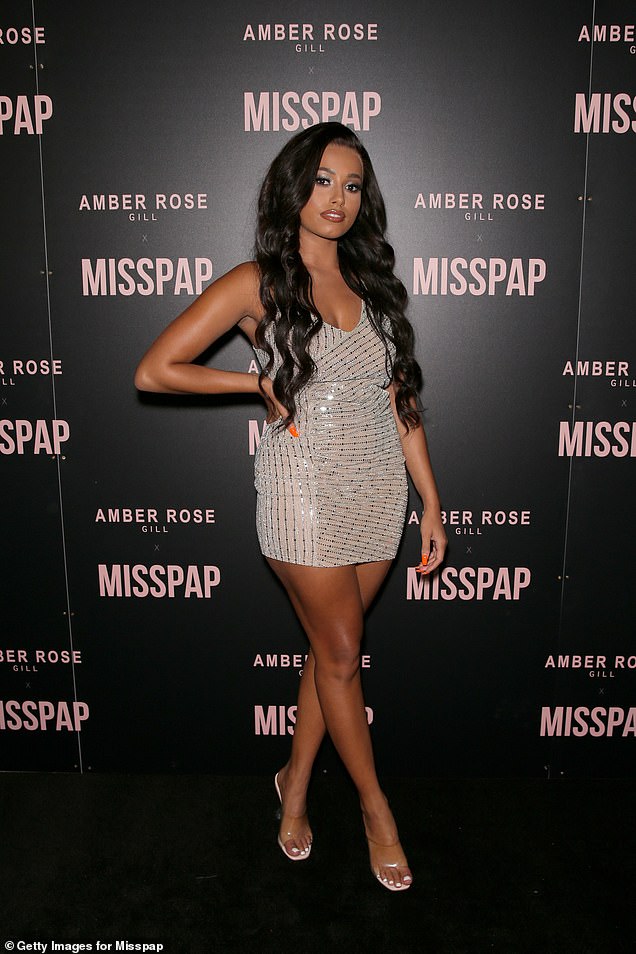 The winner takes it all: She celebrated her new clothing line with a star-studded party in London in October

She shared: ‘People think my DMs are poppin’ off but they are absolutely not! I wish they were! To be honest, I haven’t really got time to be dating anyone, I’m happy with all the work I’ve got going on.’

It comes after Amber was seen cosying up to her fellow reality star Joe Garrett during a night out at a club on Friday.

Joe had his hands on Amber’s hips as they chatted, while a bouncer stood close by to shield them from prying eyes.

The eagle-eyed fan who noticed their affectionate display revealed they had been ‘kicked out and banned from the club’ Amber and Joe were in because of the video they took.

During her time on the show, Amber admitted that she did fancy Joe while he was in the villa, though he was paired with Lucie Donlan at the time. 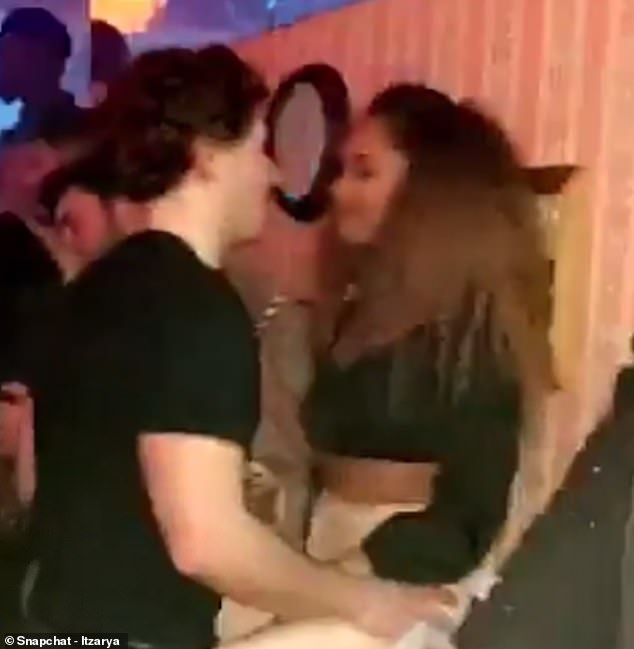 Close: It comes after Amber was seen cosying up to her fellow reality star Joe Garrett during a night out at a club on Friday 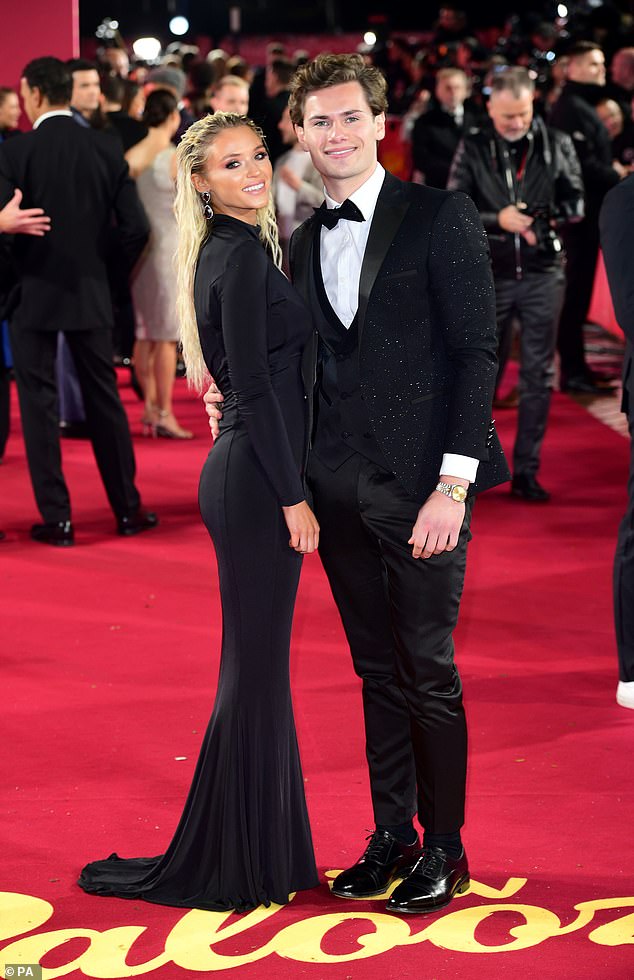 Separating: It was revealed on Saturday that Joe and Lucie Donlan (pictured together last month) had secretly split weeks ago after they had begun ‘growing apart’

Joe was booted off the show shortly after Lucie was picked by Tommy Fury to couple up with, though she did admit to the boxer that she still had feelings for Joe.

When she went on to be eliminated from the show, Lucie and Joe rekindled their romance, though they held off on making it public.

However, it was revealed on Saturday that the couple had secretly split weeks ago after they had begun ‘growing apart.’ 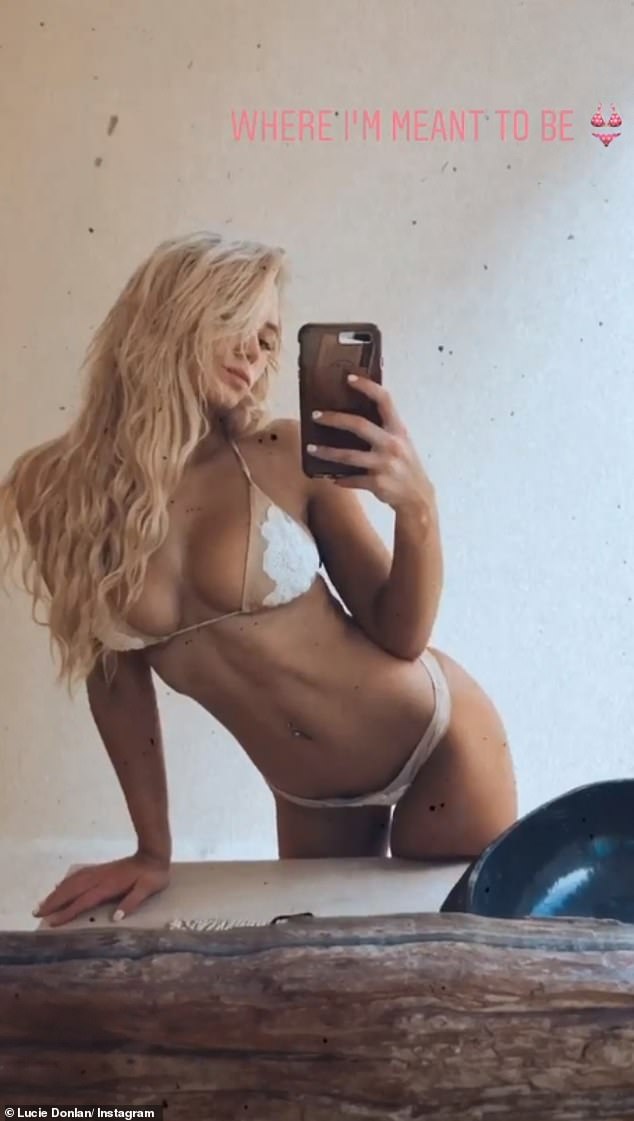 Parting ways: Joe’s cosy display with Amber comes as it was revealed he had split from Lucie after they ‘grew apart’

Speaking to The Sun, a source claimed: ‘Joe and Lucie have decided to end things between them.

‘They’ve been so busy with work lately that it’s made it difficult for them to find time to see each other. They just grew apart.’

This comes after the pair told the publication in September that they had said ‘I love you’ to one another.

Related posts:
12/15/2019 Celebrities Comments Off on Amber Gill is a millionaire just five months after Love Island
Recent Posts
We and our partners use cookies on this site to improve our service, perform analytics, personalize advertising, measure advertising performance, and remember website preferences.Ok