Amazon Studios seems to be hell-bent on becoming the streaming destination for fantasy. The company spent $250 million just to secure the rights to Lord of the Rings, with rumors Jeff Bezos himself was part of the negotiations. It also is currently in pre-production for an adaptation of The Wheel of Time, another massive high-fantasy series of novels. Furthermore, it not only just released Good Omens to rave reviews but is working with author Neil Gaiman on several potential series to follow. Now there’s Amazon’s Carnival Row trailer, which combines Victorian England with urban fantasy to create a pair of paranormal-esque detectives.

If this feels like the sort of thing that might have been inspired by watching Robert Downey Jr.’s Sherlock Holmes back to back with a few Harry Potter installments, you wouldn’t be that far off. The concept has been floating around since the mid-aughts, initially with the idea of making it a feature film, with Guillermo Del Toro as director, under the title A Killing on Carnival Row.

After the arrival of Game of Thrones proved large-scale TV fantasy shows were possible, the concept was rejiggered and, with the advent of original streaming series, picked up by Amazon Studios in 2015. Del Toro has since left the project, but the new director, Jon Amiel, managed to land A-list level names Cara Delevingne and Orlando Bloom to star. Check out the teaser:

Billed as a "Neo-Victorian fantasy series," the first season will consist of eight one-hour installments. The logline, according to The Hollywood Reporter, is as follows:

The short synopsis is as follows: 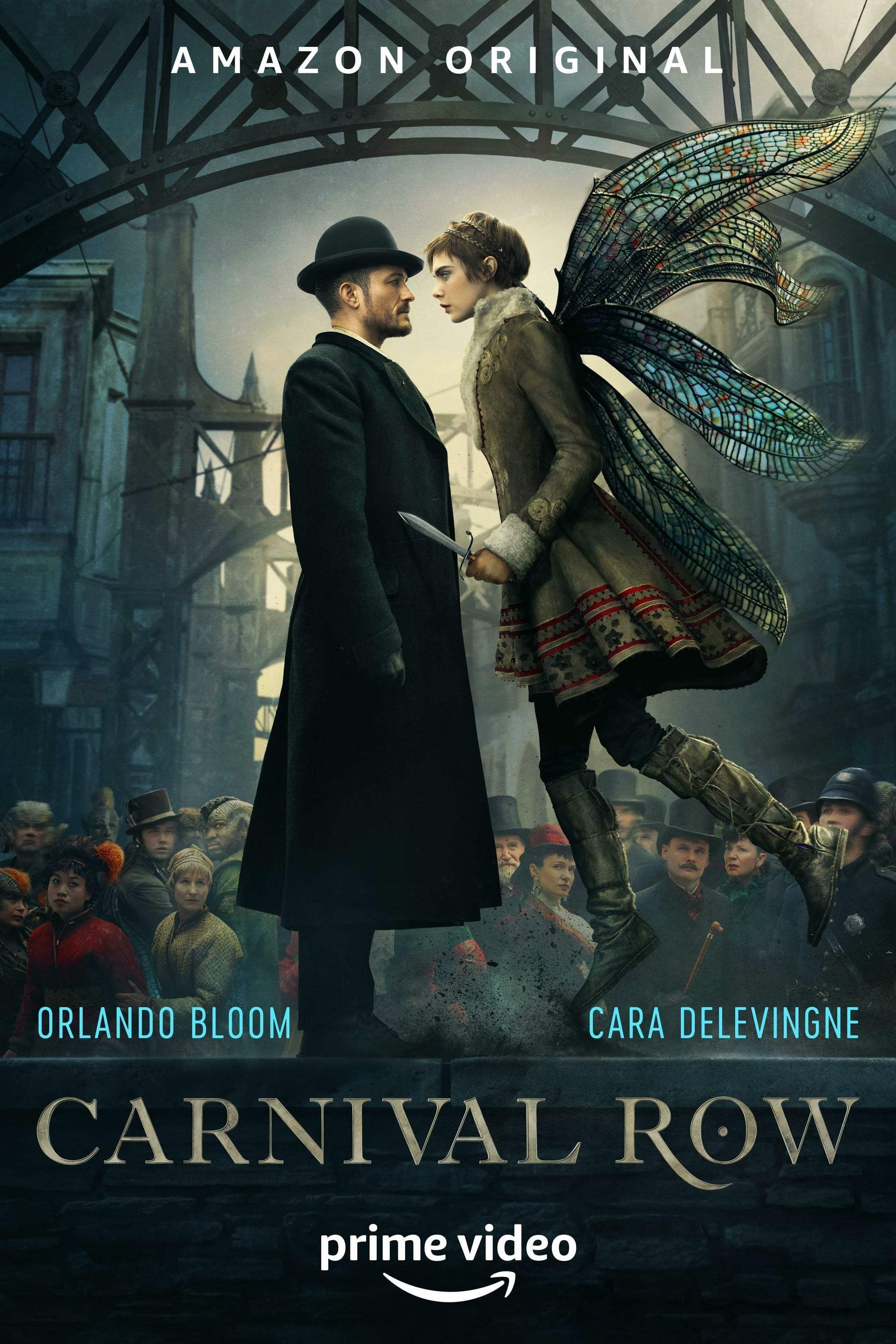 Cara Delevingne (Suicide Squad) stars as a refugee faerie named Vignette Stonemoss, while Orlando Bloom (The Lord of the Rings) plays the human detective Rycroft Philostrate, who she teams up with to help solve the murders. Delevingne and Bloom are joined by several names which will be instantly recognizable to fantasy fans, including David Gyasi (Interstellar), Karla Crome (Misfits), Indira Varma (Game of Thrones), and Tamzin Merchant (Salem).

According to The Hollywood Reporter, Gyasi plays Agreus, "a mysteriously wealthy faun who defies the social order by moving into a human neighborhood." Crome plays a faerie poet and refugee named Tourmaline. On the human side, Varma is "Piety Breakspear, the matriarch of a powerful family that rules the city of The Burgue." Meanwhile, Merchant plays Imogen Spurnrose, a fortune-huntress from an impoverished noble family looking at Argus as a solution to her problems.