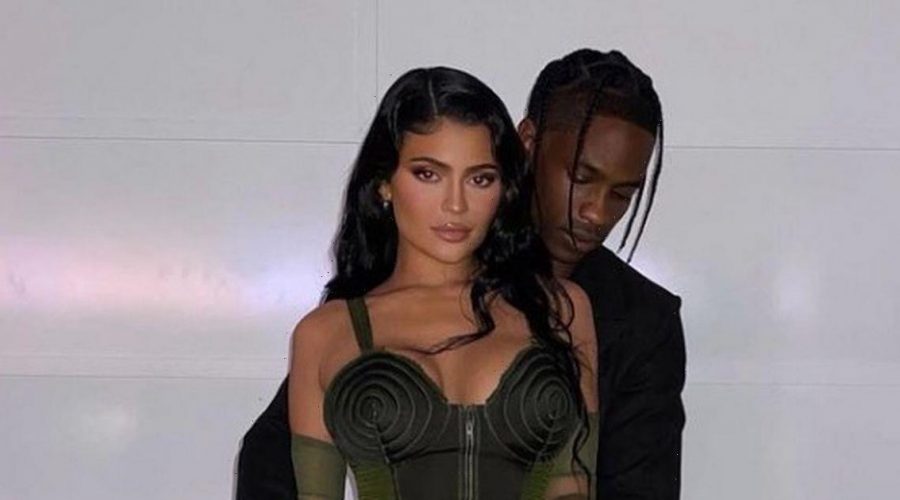 Kylie Jenner and Travis Scott are believed to have called time on their romance, after reportedly spending the festive period apart.

According to a source, beauty mogul Kylie, 25, and rapper Travis, 31, "are off again" but "remain friends" and are committed to co-parenting their two young children.

An insider told US Weekly: "Kylie and Travis are off again, they were supposed to spend the holidays together, but she went to Aspen to be with her family and friends up there."

They added that this has "happened so many times" in the past, as the couple are "known to be on again and off again".

OK! has approached Kylie and Travis' representatives for further comment.

Kylie appears to have spent the festive period without her beau by her side, as she shared snaps from the Kardashians' annual Christmas Eve party without Travis by her side.

The mum-of-two, who shares daughter Stormi, four, and a baby son with Travis, then shared a snap of her and Stormi glammed up on Boxing Day to wish her followers well.

Kylie jetted off to Aspen shortly after Christmas Day to see in the New Year with her loved ones, and Travis was once again absent from the celebrations with Stormi heading off with her mum to Colorado.

The pair's separate festivities came as a surprise after they were spotted looking loved-up in early December, just weeks before Christmas.

Travis was performing alongside 50 Cent at Wayne & Cynthia Boich's Art Basel Party on 2 December in Miami Beach, Floria and his girlfriend made sure she was there to support him.

The couple could be seen sharing a drink before embracing one another, seemingly hinting that everything was going well between them.

However, it's not the first time Kylie and Travis have reportedly called time on their romance, with the couple briefly parting ways in late 2019.

"They are taking some time but not done,' a source told People at the time of Kylie and Travis' first split. "They still have some trust issues but their problems have stemmed more from the stress of their lifestyles."

Despite separating, the pair remained close pals and even quarantined together during the COVID-19 pandemic. In May 2021, a source told People that the pair "love each other" and "enjoy spending family time with Stormi."

Kylie and Travis started dating back in 2017 and in February 2018 their first child, Stormi, was born. The couple kept Kylie's pregnancy a secret, with the star staying off social media for nearly the entire nine months she was pregnant.

On 2 February 2022, Kylie gave birth to her and Travis' second child, a baby son. She initially announced that they'd chosen the name Wolf for their baby boy, but later decided that it wasn't right for him.

"FYI our son's name isn't Wolf anymore,” she shared at the time.

“We just really didn't feel like it was him. Just wanted to share because I keep seeing Wolf everywhere."