The 2000 presidential race between Al Gore and George W. Bush came down to the vote count in Florida 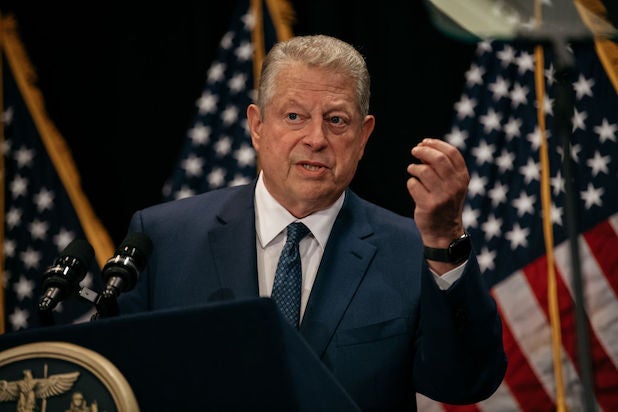 Former Vice President Al Gore reminded Americans that “every vote must be counted in this election” in a message sent Wednesday — 20 years after the infamous recount of votes in Florida that cost him the presidency in 2000.

“In America, no one person or political party can alter the unassailable principle that the rule of law prevails. Every vote must be counted in this election, and the will of the American people will determine the outcome,” Gore tweeted. “We must remain calm. Democracy will win the day.”

In what was then the most contentious election litigation cases in recent history, the presidential race between Gore, a Democrat, and Republican candidate George W. Bush came down to the vote count in Florida. As recounts were continuing three weeks after Election Day, Florida’s Republican secretary of state certified a win for Bush by 537 votes, which pushed Bush past the Electoral College threshold to win the presidency.

Gore then filed a lawsuit in Florida to request that the state continue its recounts, and the Florida Supreme Court ordered that the state manually recount “undervotes,” thousands of ballots that the counting machines had not recorded.

Bush went to the U.S. Supreme Court to reverse the state court’s decision and halt the recount, and despite the dissent of four of the court’s liberal justices, the Supreme Court’s five conservative justices granted Bush’s request — handing the Texas governor the win.

Gore ultimately conceded the election and accepted the Supreme Court’s ruling, leading to the appearance that the Supreme Court decided the presidential election by preventing a recount of the “undervotes.” But according to a review of the uncounted ballots conducted by a number of prominent news organizations, Bush would have still been ahead if the recount had continued on a county level, while Gore would have possibly been ahead had a recount been done statewide.

11/04/2020 Celebrities Comments Off on Al Gore Says 'Every Vote Must Be Counted' 20 Years After Infamous Florida Recount
Recent Posts
We and our partners use cookies on this site to improve our service, perform analytics, personalize advertising, measure advertising performance, and remember website preferences.Ok