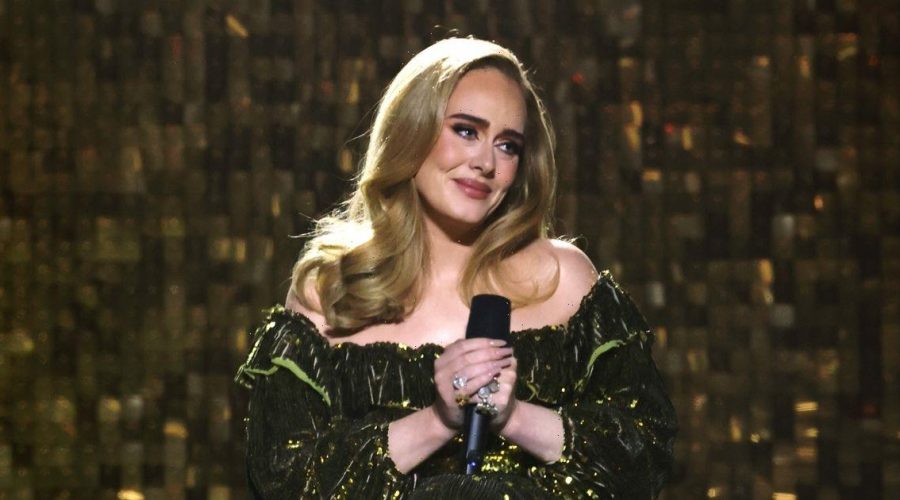 Despite being one of the biggest pop stars on the planet,Adele has kept her private life largely out of the spotlight.

However, in an interview withElle magazine, the 34 year old singer,who shares nine year old son Angelo with her ex-husband Simon Konecki, has given fans a rare insight into her life as a mum.

Speaking to the publication as part of the magazine’s August issue, the Hello songstress revealed that she once slipped a disc in her back after her young song jumped out in a bid to scare her.

Having suffered from back problems since her teens, Adele explained that in January 2021 she slipped her L6 after the youngster jumped out at her as she made her way out of her bathroom.

The Someone Like You singer,who has been in a relationship with Rich Paul for one year, also revealed that she’d once flown seven hours in order to take her son to a special concert.

After explaining that Angelo is “obsessed” with pop star Billie Eilish, doting mum Adele admitted that she’d flown back to London after attending a wedding in New York simply to allow Angelo to see the singer perform at The O2.

Speaking of his love for Billie’s lyrics, Adele added: “He’ll go up to [his room] after school and read all the lyrics and then he’ll want to discuss them.”

And after featuring voice notes of her son on her track My Little Love, the Grammy award winner joked that she’d accepted that there may be a time when Angelo is less positive about her own work.

“He'll probably go through stages of hating it when he's a teenager but it was an important part of the puzzle I was trying to figure out of my life — not the album — so I had to include it,” she said.

Adele’s latest comments come after she gushed over her boyfriend Rich, 40, and announced thatshe had “never been in love like this”.

The pair, who have been dating since 2021,have recently moved in together into a sprawling £47.5 million property in Beverly Hills.

When asked by the publication about her relationship with the sports agent, she said: “I’ve never been in love like this. I’m obsessed with him.”

However, while the couple may be enjoying their time together, the Chasing Pavements singer insisted that they were not engaged.

09/01/2022 Celebrities Comments Off on Adele reveals she slipped a disc when son Angelo, 9, jumped out at her in rare comments
Recent Posts