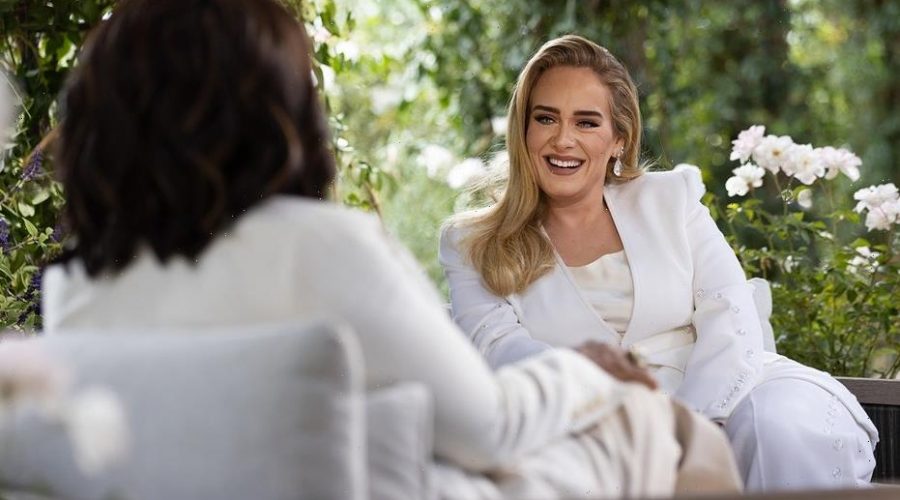 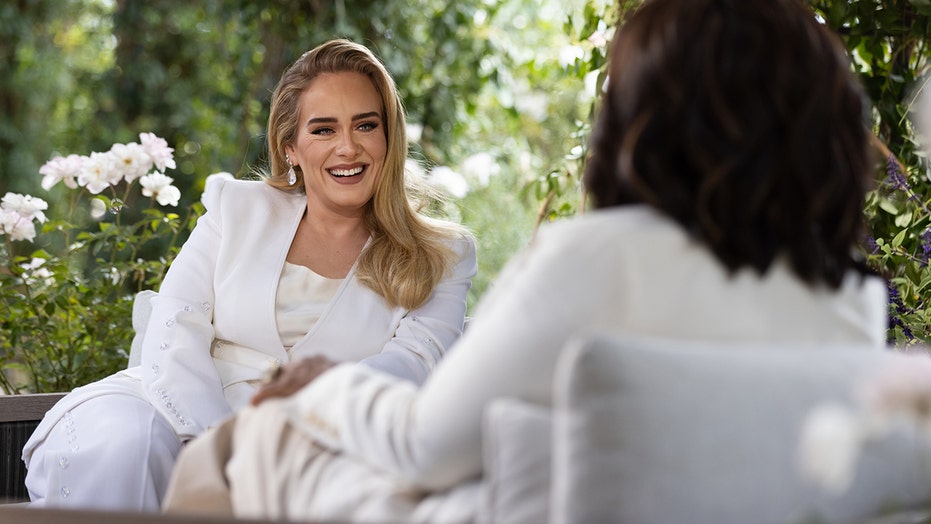 Adele got shockingly candid and personal during Sunday’s “Adele One Night Only” concert special for CBS.

The singer, 33, took the stage at the Griffith Observatory in Los Angeles where she performed some of her beloved and popular hits as well as a handful of songs from her brand new album, “30.”

Intercut with the concert event, which was attended by several Hollywood A-listers, was a sit-down interview Adele did with Oprah Winfrey where the master interviewer got the master singer to open up to her in her rose garden about some of the more personal moments in her life and career.

Adele touched on everything from her divorce, new relationship, family and weight loss. The interview went deep and there is a lot for fans to keep track of. To help, below is a rundown of the top 5 revelations that came from the singer’s “One Night Only” event special.

The end of her marriage 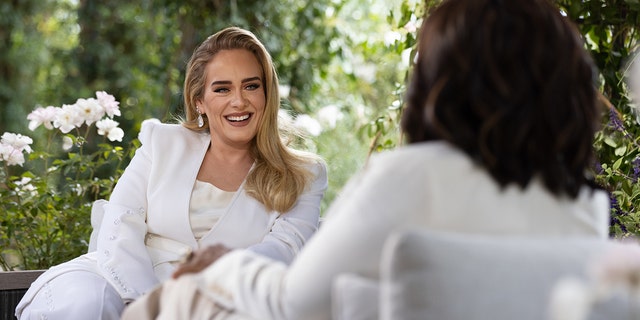 Adele opened up about her divorce in a tell-all interview with Oprah Winfrey.
(Harpo Productions/Photographer: Joe Pugliese)

Adele’s latest album is an important one for her. She almost immediately noted to Winfrey that she was making it during a very difficult time in her life and often wondered if she was getting too therapeutic and personal. Fortunately, she didn’t let those thoughts take over.

“It’s almost like I disrespected it by getting married and divorced so quickly and stuff like that,” she added. “I’m just embarrassed that I didn’t make my marriage work, you know?”

Although her marriage ended, that does not mean it failed. Amid having a working co-parenting relationship with her ex and their 9-year-old son, Angelo, Adele doesn’t have a bad word to say about her ex-husband.

“I think Simon probably saved my life, to be honest with you,” Adele admitted. “He came at such a moment, where the stability that him and Angelo have given me, no one else would have ever been able to give me like. Especially at that time in my life, I was so young, and I just I think I would have got a bit lost in all of it.”

“Even now I trust him with my life,” she concluded. “He and Angelo were angels that were sent to me, that’s how I feel.”

Her complicated relationship with her father 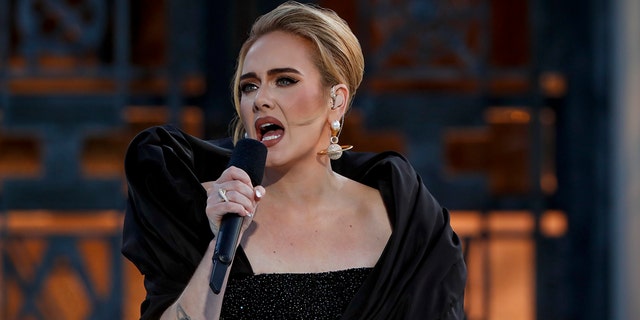 Adele discussed her relationship with her late father during the ‘Adele One Night Only’ special.
(Cliff Lipson/CBS ©2021 CBS Broadcasting, Inc.)

Adele admitted that her views on relationships were largely impacted by her complex relationship with her own dad, Marc Evans, who left the family when she was a child.

They were estranged for many years before she recently admitted to Vogue she was able to look past their estrangement and reconnect with him shortly before his death from cancer earlier this year.

“I had absolutely zero expectations of anybody because I learned not to have them through my dad,” she said. “He was the reason I haven’t fully accessed what it is to be in a loving, loving relationship with somebody.”

Because it was difficult for him emotionally, her dad had only heard her first song, “Hometown Glory.” However, she changed that before he died by playing “To Be Loved,” which focused on the absence that affected her ability to trust people.

“It was amazing for me and him,” she said. “I think he could listen to me sing it, but not saying it – we are very similar like that.”

Before he died, she played him all of “30” and noted that his favorites happened to be hers as well.

Her relationship with alcohol 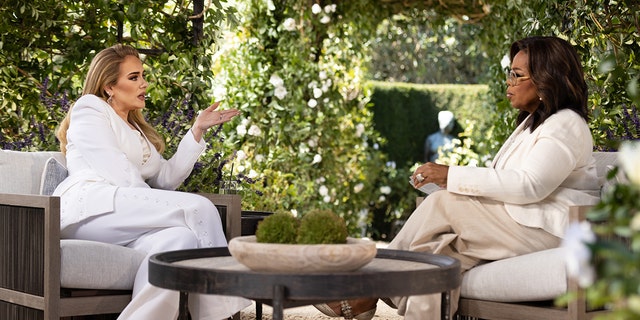 Shortly after her divorce, Adele noted that she began to drink heavily. While her drinking was not problematic for her behavior, she noticed her relationship to booze was impacting her ability to get to know herself in the wake of her split.

She noted that quitting drinking is a great way for anyone to get to know themselves.

“At first, I was probably keeping the alcohol industry alive,” Adele said about drinking while going through her divorce.

However, she couldn’t help but acknowledge that alcohol “took my dad from me.”

“But you know, once I realized that I had a lot of work to do on myself, I stopped drinking and I started working out lots and stuff like that to keep me centered,” she added.

Her weight loss wasn’t about fitness 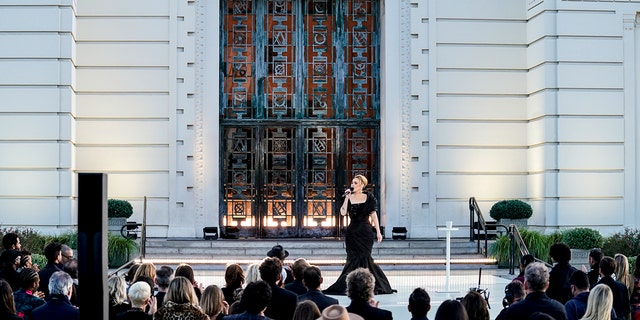 The singer recently lost around 100 pounds. While she’s thrilled with the way she looks now, she explained to Oprah that she didn’t set out with the goal of looking better, noting that she was always pleased with her body. However, it was noticing the impact that working out had on her mental health that made her fall so deeply into it.

“I had the most terrifying anxiety attacks after I left my marriage,” she explained. “They paralyzed me completely, and made me so confused because I wouldn’t be able to have any control over my body.”

However, she noticed that she trusted her personal trainer, and noticed that she never dealt with anxiety while at the gym with him. At a time in her life where her schedule was so open, she realized she needed the stability that regular workouts offered.

Unfortunately for Adele, her weight loss opened her up to comments about her lifestyle and body positivity. She explained to Oprah that she doesn’t allow that to impact her behavior or her mental health.

“It’s not my job to validate how people feel about their bodies. I feel bad that it’s made anyone feel horrible about themselves – but that’s not my job. I’m trying to sort my own life out. I can’t add another worry.” 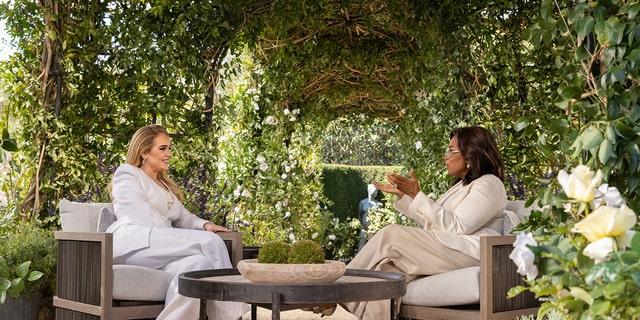 Adele and Oprah sat down for an interview in her rose garden.
(Harpo Productions/Photographer: Joe Pugliese)

Whether it was a tool to help her reconnect with her dad, a way for her to express her emotions about her divorce or a healthy outlet for her to channel her anxiety, music has always been a positive force in Adele’s life.

However, it wasn’t until her “One Night Only” special that she shared her live music with her 9-year-old son, Angelo. It was the first time he was in the audience and got to see her share her music with other people.

“It’s the absolute honor of my life to have you here tonight baby,” Adele told her son from the stage at the show.

11/15/2021 Celebrities Comments Off on 'Adele One Night Only' special: 5 biggest revelations from her Oprah Winfrey interview
Recent Posts