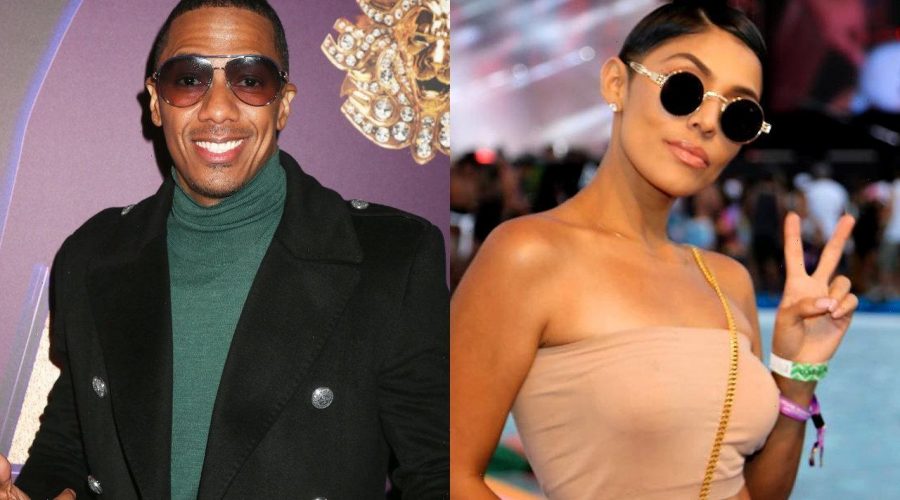 Instead of feeling sorry for her, people mock the DJ for currently expecting another baby with the ‘Masked Singer’ host despite his seemingly lack of presence in their son’s lives.

AceShowbiz –Abby De La Rosa has been trolled by Internet users after celebrating her twins’ first birthday without Nick Cannon‘s presence. Over the weekend, the DJ threw a blue-themed birthday party for her two sons, Zion and Zillion.

Taking to her Instagram Stories, Abby shared videos that gave a look at the fun-filled celebration. The clips saw two pairs of birthday cakes with blue balloons decorating the room. The currently expectant mom posed with the birthday boys while showing her growing bump in white dress with cut-outs.

While Abby also took pictures with a bunch of friends and other guests in attendance, noticeably missing from the party was the twins’ father, Nick. Noticing this, people mercilessly mocked Abby for signing up for an non-committed relationship with the TV presenter.

“Pretty sad the dad is nowhere to be found…. ,” one person reacted to Abby’s Stories, before claiming, “Probably out making more babies. She already pregnant with another kid for a man who can’t bother to show up.”

Another dubbed her dumb while also slamming Nick’s other baby mamas, “i don’t feel bad for any of these dummies.” Similarly, a third critic said, “She is dumb af and if she has twins again her life will be hell. She may not publicly say it but she is praying she don’t have twins again.”

Another doesn’t feel sorry for Abby as saying, “She know what she signed up for. Bye!” A fifth person added, “Sucks to be her.” Another troll said, “So embarrassing. Where are her people? She doesn’t have friends to talk sense into her?” while someone else blamed Abby as remarking, “And that’s her fault. No one told her to procreate with community d**k.”

Earlier this month, Abby announced she is pregnant again, nearly a year after welcoming Zion and Zillion, her first and second child together with Nick. The tots are his fifth and sixth overall.

Later in the same month, Nick confirmed that he has multiple babies on the way this year. He had announced in January that he is expecting a boy with model Bre Tiesi.

The 41-year-old shares 11-year-old twins Moroccan and Monroe with ex-wife Mariah Carey. He is also a father to daughter 5-year-old son Golden and 17-month-old Powerful Queen with Brittany Bell. His son Zen, whom he shares with Alyssa Scott, died last December after suffering from a rare form of brain cancer.