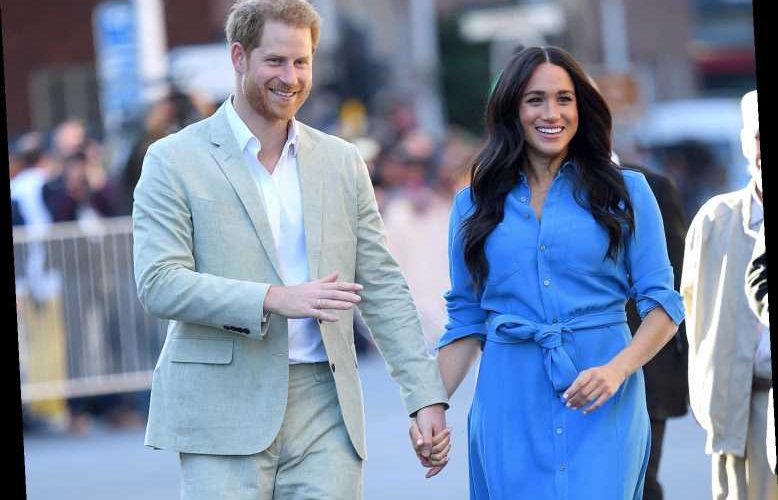 Meghan Markle and Prince Harry's departure from their roles as working members of the royal family didn't come all at once.

Buckingham Palace announced Friday that "The Duke and Duchess of Sussex have confirmed to Her Majesty The Queen that they will not be returning as working members of The Royal Family." The statement comes one year and one month after Meghan, 39, and Prince Harry, 36, initially shared their plans to "carve out a progressive new role within this institution."

See how Meghan and Prince Harry's step down from their royal roles unfolded.

The first hint of Meghan and Prince Harry leaving their working royal roles came in October 2019, when the couple announced they were taking six weeks off to spend some valuable "family time" together and with son Archie, who was born in May 2019.

The family of three spent the final weeks of 2019 in Vancouver Island, Canada, celebrating the holidays privately.

Jan. 8, 2020: The couple reveals intentions to "step back" from working royal roles

Just one day after their visit to Canada House in London to thank them for their warm hospitality and support during their stay on Vancouver Island, Meghan and Prince Harry announced they intended to "step back as senior members of the Royal Family" and split their time between the U.K. and North America.

"After many months of reflection and internal discussions, we have chosen to make a transition this year in starting to carve out a progressive new role within this institution," they said in a statement. "We intend to step back as 'senior' members of the Royal Family and work to become financially independent, while continuing to fully support Her Majesty The Queen."

Prince Harry, his father Prince Charles and his brother Prince William met with Queen Elizabeth's at Sandringham, her country home, to discuss Harry and Meghan's announcement in what became known as the "Sandringham Summit."

After the 90-minute discussion, the Queen, 94, released a rare and emotional statement.

"Today my family had very constructive discussions on the future of my grandson and his family," she said.

"My family and I are entirely supportive of Harry and Meghan's desire to create a new life as a young family," she continued. "Although we would have preferred them to remain full-time working Members of the Royal Family, we respect and understand their wish to live a more independent life as a family while remaining a valued part of my family."

Royal historian and biographer Robert Lacey told PEOPLE of the Queen's statement: "It was incredibly personal. I can't recall a royal statement where one gets the sense so much of the Queen herself speaking. Using phrases like 'my family and I' is very moving. It clearly shows her wish to resolve everything."

March 2020: Meghan and Harry make their final round of royal engagements

It's announced that March 31 will officially mark Meghan and Prince Harry's exit from royal life and the beginning of their one-year transitional period. In the first week of the month, the couple return to the U.K. for their final royal outings and visits to their patronages.

On March 5, the Duke and Duchess of Sussex stepped out for the annual Endeavour Fund Awards in London, followed by an outing at the Mountbatten Festival of Music at the Royal Albert Hall on March 7.

Harry and Meghan then joined Queen Elizabeth, Prince William, Kate Middleton, Prince Charles and other royals at the Commonwealth Day service at Westminster Abbey on March 8. "This is what Meghan and Harry have always wanted — to create their own life," a royal insider told PEOPLE. "It's got to feel like an immense relief to get out of the U.K. and go down their own path"

Amid the coronavirus pandemic, Meghan and Harry were spotted delivering meals to those in need in their new hometown.

"What Meghan said is she wanted to show Harry Los Angeles through the eyes of philanthropy. It's just beautiful," executive director Richard Ayoub of Project Angel Food told PEOPLE. "There's obviously a great deal of love and selflessness between them."

Over the summer, Meghan and Prince Harry moved to a nine-bedroom mansion, purchased for a reported $14 million, in the Montecito neighborhood of Santa Barbara, about 95 miles north of Los Angeles.

"They were craving a smaller community and a slower pace — Montecito is very mellow, a charming little town and the Santa Barbara [area] offers an ideal lifestyle that they're looking forward to," a source close to the couple told PEOPLE.

They provided glimpses inside their new home through virtual calls with various charities, including the Queen's Commonwealth Trust.

During this time, they also announced partnerships with Netflix and Spotify.

RELATED: Meghan Markle and Prince Harry Receive Support from Royal Patronages They Lost in Stepping Down

Less than a week after the couple announced that they are expecting their second child, Buckingham Palace confirmed that the couple will officially not be returning to their royal roles. The announcement came a few weeks shy of their 12-month review period.

Meghan and Harry will no longer keep their patronages (their royal involvement with numerous U.K. charities). Further, Prince Harry will lose his honorary military appointments, which will subsequently be redistributed "among working members of The Royal Family."

Although Prince Harry and Meghan no longer use their coveted His/Her Royal Highness titles, they will retain them — along with their Duke and Duchess of Sussex titles.

"While all are saddened by their decision, The Duke and Duchess remain much loved members of the family," the Buckingham Palace announcement said.