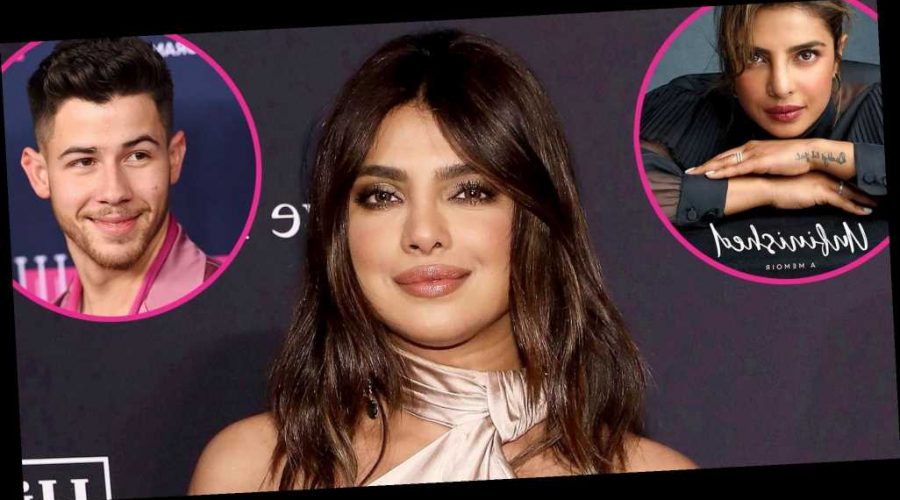 One heck of a ride! Priyanka Chopra Jonas opens up like never before about her journey to stardom and her future with Nick Jonas in her new memoir, Unfinished.

“I’m terrified right now with the book coming out,” the actress, 38, told The Hollywood Reporter ahead of the Tuesday, February 9, release date. “I have been a very private person and suddenly there is this book which talks about all these things. I mean, before I could stop, it was printed.”

Chopra Jonas decided to write Unfinished to mark 20 years since she launched her career in the entertainment industry, giving herself an opportunity to reflect on how she got to where she is today.

“I kind of wanted to write something like letters to my younger self,” she told the magazine, noting that she “couldn’t get around to” working on the book until the COVID-19 pandemic hit.

“I don’t know what happened, but it just came out of me. I didn’t even think that I had so much that I hadn’t dealt with or thought about in my 38 years of existence,” she continued. “I’ve taken out a few things that were really, really personal, but it still shocked me how I’ve dug in so deep. There are things in this book I’ve spoken about that I have never spoken about and that I probably will never speak about again. But I think I was feeling very introspective and also very secure in where I am as a woman, as a person, that I felt like it was OK to deal with my baggage.”

In the memoir, the Quantico alum takes readers through her childhood in India and her move to the United States at age 13 before detailing how winning the 2000 Miss India World pageant helped her get into acting.

“I was in shock [after being crowned]. My parents were in shock. None of us had a clue what to do next, because we hadn’t planned that far ahead,” she writes. “I was 17. My parents had to quickly start making plans for a career path we knew nothing about and had no experience or connections in. We were a medical family; we had no idea how to tackle entertainment.”

Eventually, Chopra Jonas found her way — and found true love. After a whirlwind romance, she married the Jonas Brothers member, 28, in December 2018.

“He swept me off my feet,” she gushes in the book. “Once we started dating, I felt like I was being carried by a giant unstoppable wave.”

Scroll down to read seven revelations from Unfinished, and pick up a copy in bookstores now for more!