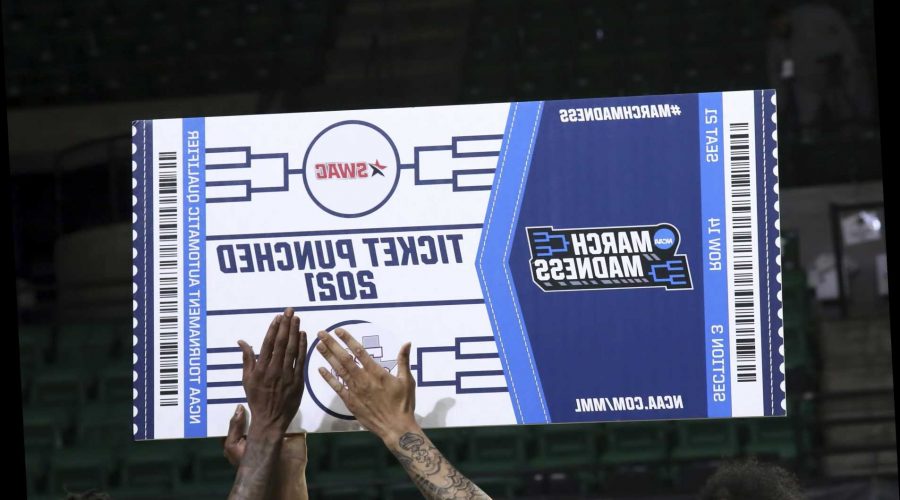 Products featured are independently selected by our editorial team and we may earn a commission from purchases made from our links; the retailer may also receive certain auditable data for accounting purposes.

March Madness is in full swing, as the top college basketball teams in the country face off for a chance to take home the 2021 National Championship trophy.

The annual NCAA Division I Men’s Basketball Tournament kicked off March 14 with the Selection Show, and will run for three weeks in March, leading up to the Final Four the weekend of April 3, and the championship game on Monday, April 5.

Gonzaga, Baylor, Illinois and Michigan are the No. 1 seeds this year. The University of Virginia Cavaliers are the reigning champions, hoisting the trophy in 2019 (the 2020 tournament was cancelled due to Covid).

How to Get Tickets to March Madness

This year’s tournament is taking place in Indianapolis, and a limited number of single-game tickets are available if you want to catch the action in person. All of the venues will be operating at reduced capacity, due to Covid precautions, with social distancing in effect at all of the games. You can select your seats through Ticketmaster, or get March Madness tickets online at re-sale sites like Vivid Seats and Stubhub.

What TV Channel is March Madness On?

As in previous years, CBS is the official home to March Madness on TV. If you have a cable package, you’ll be able to watch March Madness games live on CBS.

If you don’t have cable, pick up a digital TV antenna like this $30 option from Amazon, which will get you CBS (and all the major networks) in full HD for free. This mini antenna tucks in discreetly behind your TV and gets you up to 200 miles of range to pick up all your local stations. Buy the antenna once and use it to watch March Madness basketball on CBS for free.

Worth noting: select March Madness games are airing on TBS, TNT and TruTV. Your digital TV antenna won’t pick up those channels, but you can get them through a traditional cable package like this one from AT&T, or stream those channels online using one of our options below.

How to Watch March Madness Online

If you want to watch all the March Madness games in one place, your best bet is to sign up for Hulu. Hulu is now offering live TV channels through their Hulu + Live TV deal, and their lineup includes CBS, TBS, TNT and TruTV. In other words, you’ll get instant access to live stream all the March Madness games online. Get a 7-day free trial to Hulu + Live TV to check out the service. The price goes up to $64.99/month afterwards.

One of the best streaming services for live sports is fuboTV. They’re currently offering a 7-day free trial that gets you access to CBS, along with post-game coverage on channels like ESPN, ESPN U, FS1, NBCSN, PAC 12 Network and more. Use this deal to get a week of free streaming on fuboTV, then sign up for a plan to get more than 100 live TV channels starting at just $64.99/month.

You can stream all the CBS games with a free trial to Paramount+. The new streaming service (formerly known as CBS All-Access) will let you watch March Madness on CBS through your phone, computer or connected TV, and the free trial lasts for 30 days, so you can use it to watch all of Paramount+’s content even after the tournament is over.