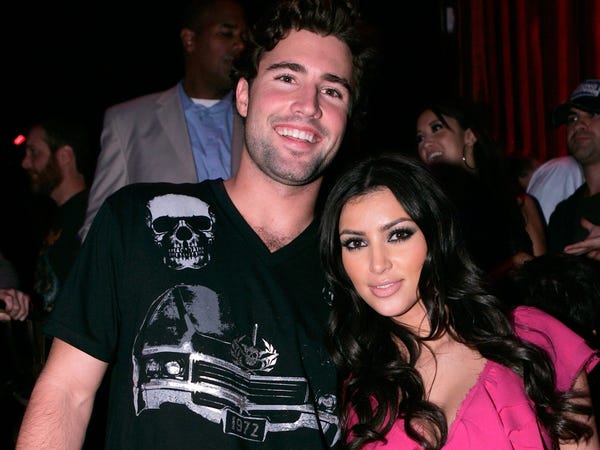 As divorce becomes more prevalent, there is much talk of the concept of "blended" families — there's even a Drew Barrymore/Adam Sandler rom-com about it.

But there are plenty of real-life famous families to look to when thinking about blended families, none more than the Kardashian-Jenner-Foster-Hadid-McPhee extended brood.

This National Stepfamily Day, keep reading to learn about these 10 famous blended families.

Beyoncé and Solange Knowles are stepsisters with Bianca Lawson. 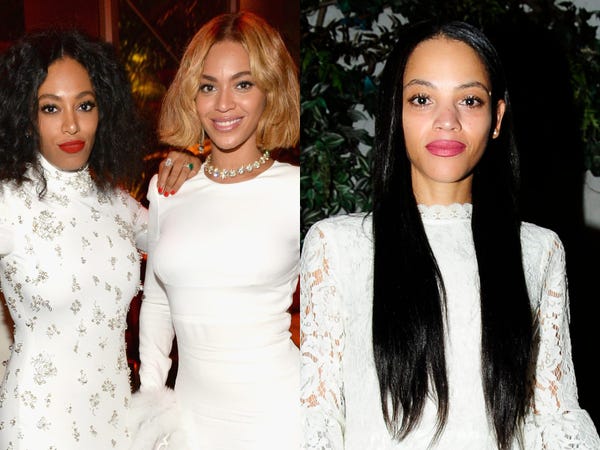 Lawson, an actress who iconically played a teenager for 20 years, is the daughter of actor Richard Lawson. He married Tina Knowles, Beyoncé and Solange's mother, in April 2015.

Zoë Kravitz is lucky to have a close relationship with her mother Lisa Bonet, father Lenny Kravitz, and stepfather Jason Momoa. 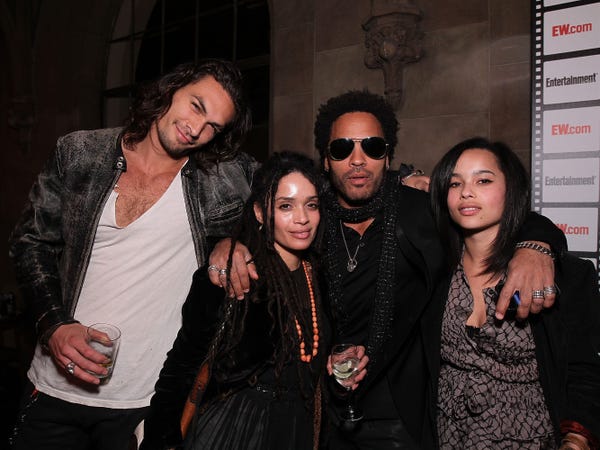 This is the gold standard of blended families. Momoa and Lenny Kravitz have a solid friendship of their own, while Bonet and her ex also remain tight. The "Aquaman" star also frequently praises his stepdaughter on social media — she even calls him "papabear."

When she was cast in "The Batman" as Selina Kyle, aka Catwoman, Momoa congratulated her, writing, "I'm so proud of u zozo bear. On and off screen OHANA … Unbelievable so freaking stoked. Your going to have so much fun Aloha P bear."

She responded, commenting, "LOVE YOU PAPABEAR! love that aquaman and catwomen spend the holidays together from now on." 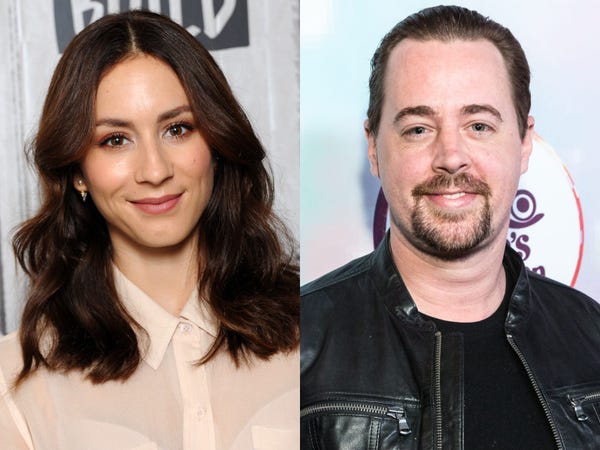 In early seasons of "NCIS," Bellisario appeared as Murray's character McGee's little sister Sarah, who was at the center of a murder investigation. There are theories that she may be reprising her role during season 18 of the long-running procedural. 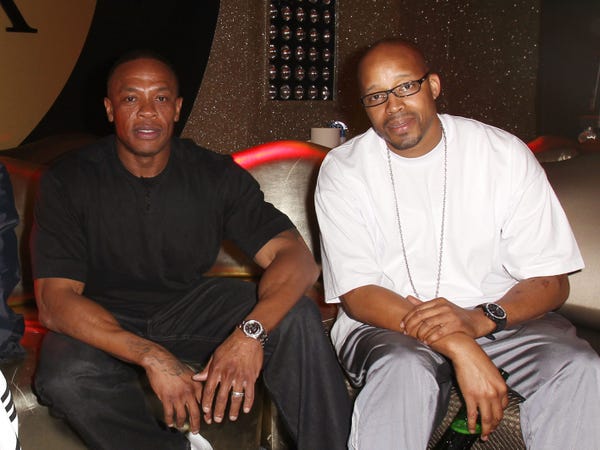 The two rappers became stepbrothers when they were still teens — Warren was only 12 years old when their parents married, while Dre was 18. The stepsiblings became prolific figures in rap, with Warren helping produce Dre's landmark album "The Chronic."

On drama with Suge Knight, Dr. Dre, and close collaborator Snoop Dogg, Warren told Vice in 2018, "I ain't trippin, I ain't mad, and I ain't bitter — and never will be. And I still love Dre, Snoop, them is my brothers. If I have to call anybody, I'll call them."

Oliver and Kate Hudson are close with their unofficial stepfather Kurt Russell and their half-sibling Wyatt. 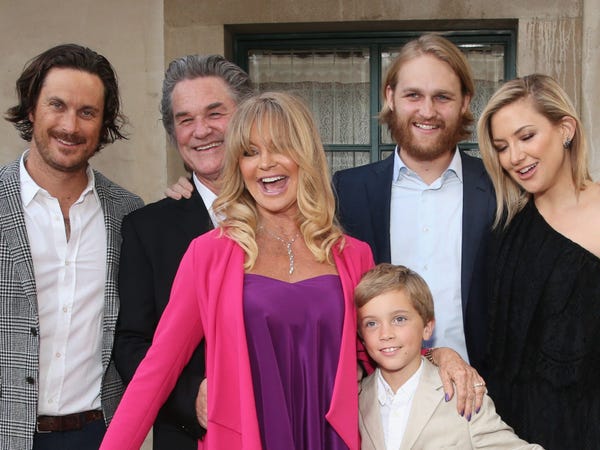 Kate and Oliver are the children of Bill Hudson and Goldie Hawn, though neither have a relationship with their biological father. Instead, the Hudson kids call Kurt Russell, their mother's longtime partner, "Pa."

Russell and Hawn have been together for decades, though they've never married, and had a son together, Wyatt, in 1986. All three children have become actors as well, and they are always posting on Instagram about their adorable, large family.

"Grey's Anatomy" star Jessica Capshaw has a famous stepdad: none other than Steven Spielberg. 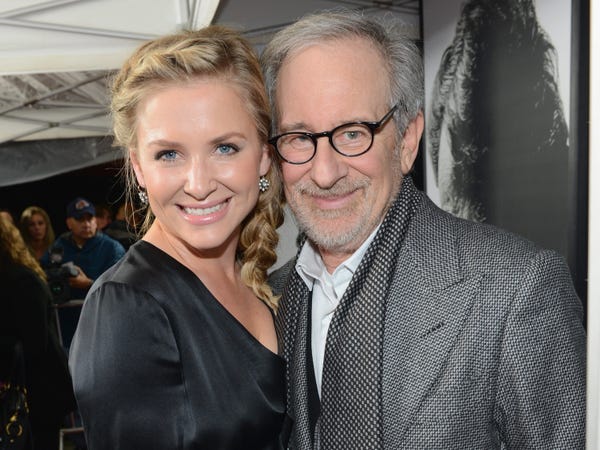 Capshaw's mother is actress Kate Capshaw, who met Spielberg when she starred in "Indiana Jones and the Temple of Doom." They got married in 1991, when Jessica was 15. From their union, she got a stepbrother, Max Spielberg from the director's previous marriage, and four half-siblings — she also has a brother, Theo, whom her mother adopted before her marriage to Spielberg. The director later adopted him, as well.

They were recently spotted together taking a masked stroll in April 2020.

When Kris Jenner was married to Caitlyn Jenner it meant that two of the most iconic reality stars of the 2000s, Brody Jenner and Kim Kardashian, were stepsiblings. 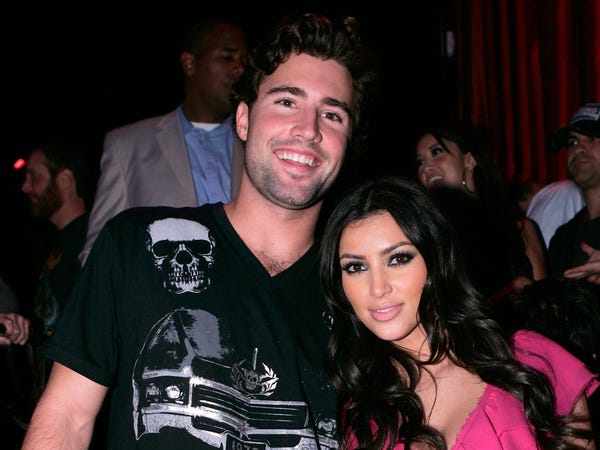 Jenner, star of "The Hills," and Kardashian of "Keeping Up With the Kardashians" were stepsiblings for over a decade and share two half-siblings, Kendall and Kylie.

Brody and his brothers made occasional appearances on the show, but after their parents split, they vanished from the show.

While Brody Jenner and Gigi Hadid were never directly connected, their mothers both used to be married to David Foster … 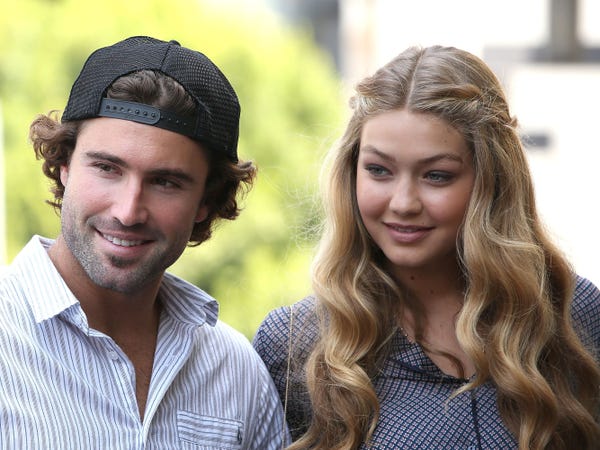 Jenner's mother, Linda Thompson, married David Foster in 1991, and they remained married until 2005. During that time, Jenner and future "Hills" co-star Spencer Pratt starred in their own reality show, "The Princes of Malibu," which showed them living in Foster's home.

After the 2005 divorce, Foster married Yolanda Hadid, mother to Gigi, Bella, and Anwar Hadid, in 2011. They remained together until 2015 — Foster appeared sporadically alongside the Hadid children during Yolanda's stint on "The Real Housewives of Beverly Hills."

Of course, this means that Gigi's model bestie Kendall Jenner is also something like her half-ex-stepsister — Kendall's half-brother Brody's mother was married to Gigi's ex-stepfather. Try saying that five times fast.

David Foster is now married to Katharine McPhee, making her stepmother to Erin and Sara Foster. 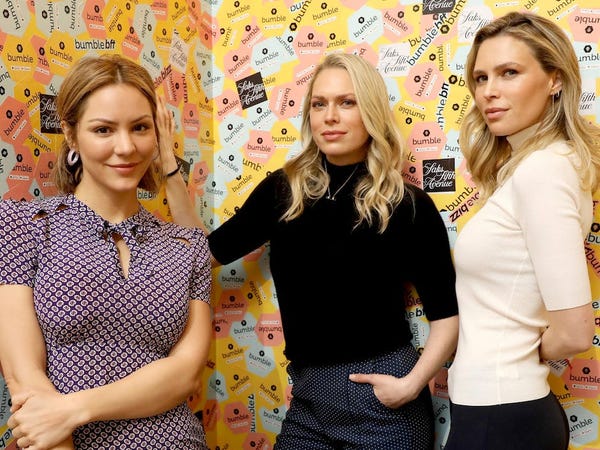 McPhee became David Foster's fifth wife in 2019. As his wife, McPhee became stepmother to Foster's seven kids, including Erin and Sara Foster who are both actresses/writers. They co-created and starred in VH1 mockumentary series "Barely Famous."

Though McPhee is younger than both her stepdaughters, they joke about it frequently on social media and have a solid relationship. McPhee even performed at Erin's wedding.

Nicole Richie and her half-sister Sofia are super close, despite their large age difference. 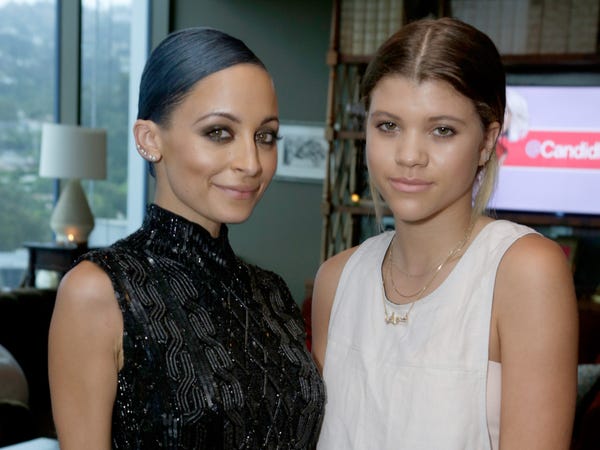 Nicole was officially adopted by Lionel Richie and Brenda Harvey when she was 9 years old, though she had been living with them for years prior. Her parents ended up divorcing in 1993, and her father got remarried Diane Alexander in 1995. Their daughter, Sofia, was born in 1998.

Though they are 17 years apart, the two Richie sisters are close. Sofia appeared on her sister's reality show "Candidly Nicole," and they celebrated their dad's 71st birthday together in June.

09/16/2020 Celebrities Comments Off on 10 blended families in Hollywood that you might have forgotten about
Recent Posts
We and our partners use cookies on this site to improve our service, perform analytics, personalize advertising, measure advertising performance, and remember website preferences.Ok