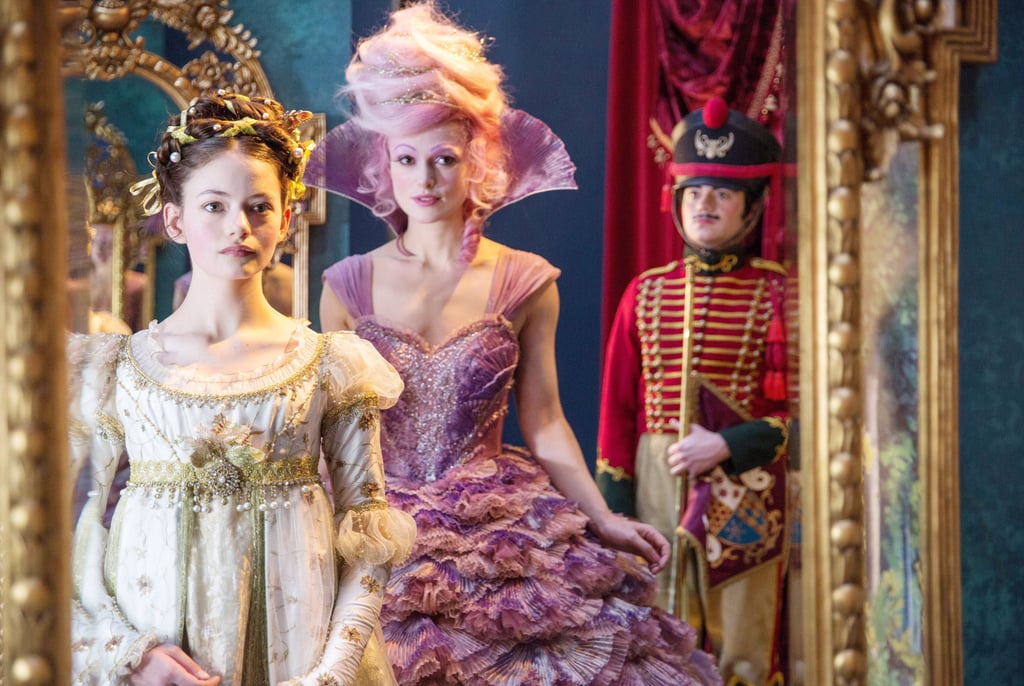 Whether or not you’ve seen The Nutcracker and the Four Realms, you’ll no doubt have noticed the character’s vibrant and unique hairstyles. During an immersive dinner with Disney to celebrate The Nutcracker, I quizzed the film’s leading actress, Mackenzie Foy, on all things hair and makeup, and it turns out a lot more went into those hairstyles than it seems.

When it comes to makeup, Foy told me she didn’t wear much makeup in the film — just a little concealer and blush — due to the Victorian time period. However, minimal beauty was pushed aside when it came to the land of the Four Realms, as stepping into their world came with equally fantastic hair and costume. Foy said curling her hair would take an hour and a half to two hours, so she would braid her hair in the morning beforehand so it could easily be put into a bun by the hairstylists. However, for the pageant, Foy explained, “they actually wrapped my hair around wires,” which was twisted up with ribbons and pearls as embellishment. Talk about commitment to getting that updo right.

As for the Sugar Plum Fairy, played by Keira Knightley, the hair absolutely made the character. Misty Copeland, principal dancer with the American Ballet Theatre, said the beauty department at first toyed with the idea of making Knightley’s wig out of pure candy floss but quickly realized that just wasn’t possible. So instead, they settled on a candy pink wig with pieces of candy floss slotted throughout so Knightley could easily give the impression that the Sugar Plum Fairy was eating her own hair.

Ahead, get a closer look at the whimsical hairstyles from the movie.