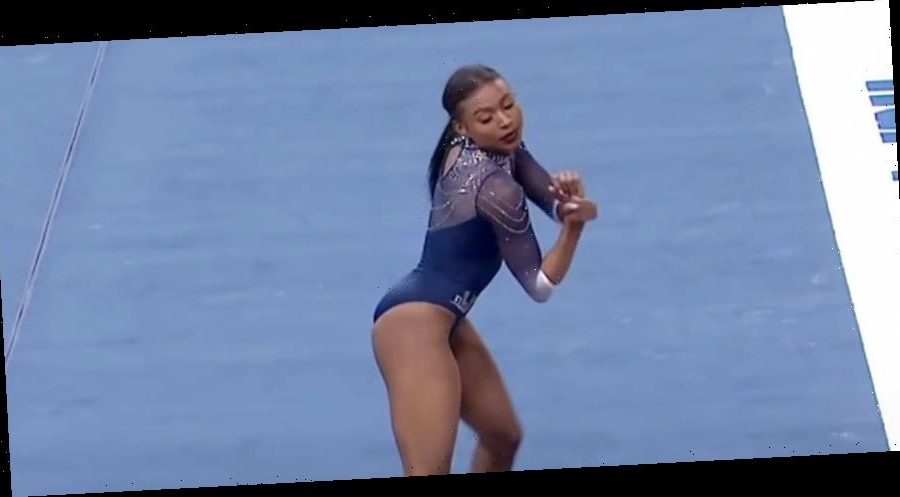 On Jan. 23, UCLA senior gymnast Nia Dennis performed a sh0wstopping, jaw-dropping floor routine that has since gone viral on social media. Her routine celebrated Black excellence, featuring music from all Black artists, including Kendrick Lamar, Beyoncé, Missy Elliott, Soulja Boy, Tupac Shakur, and Megan Thee Stallion. She added in some fun choreography on top of her intense tumbles. (She also earned a score of 9.950.)

Perhaps unsurprisingly, people lost their minds over Dennis’ routine after the UCLA Gymnastics shared a video of it to Twitter, writing, “This is what #blackexclellence looks like.”