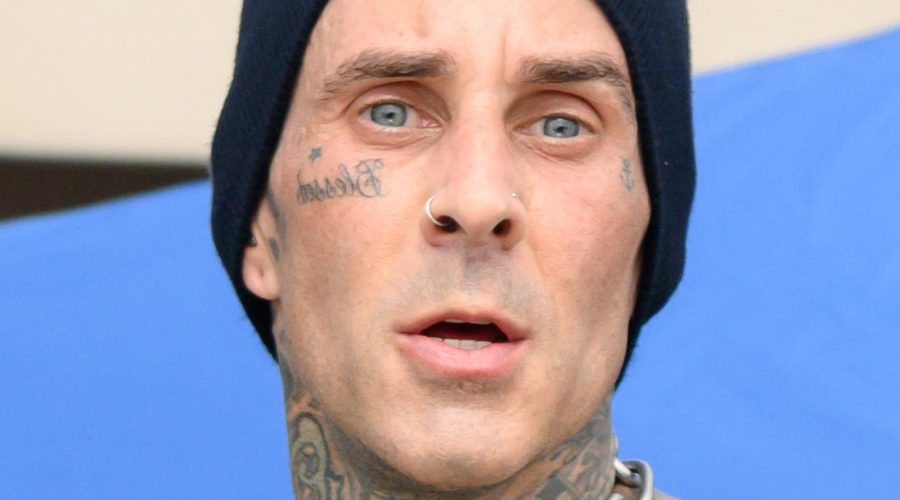 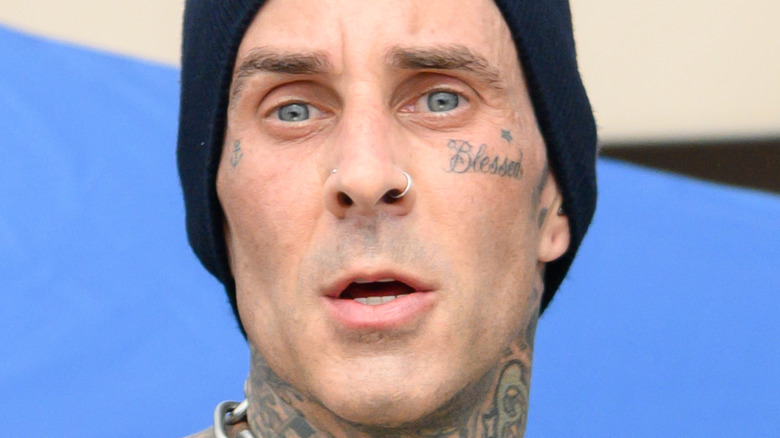 It’s basically impossible to think of Travis Barker without thinking of body ink. The Blink-182 drummer recently got a new tattoo done by his girlfriend Kourtney Kardashian that says “I love you” (via People). It joined the many other tattoos that cover the musician, including a few that occupy his face.

However, Barker’s facial tattoos seemingly disappeared entirely after his daughter Alabama applied a specific type of foundation. In a video on Instagram — in which we also learn that Barker’s favorite tattoo is his “Blessed” cheek ink — Alabama showed how her dad’s dark tattoos were no match for the high-coverage KVD Beauty’s Good Apple Skin-Perfecting Foundation Balm.

“My dad let me give him a makeover,” she wrote in the caption. “Covered up his face tattoos with @kvdbeauty’s new Good Apple Foundation. The coverage of this formula had us both shocked.” In the video, she tries out a couple of different shades to get just the right one while her dad waits patiently, and then with a couple of layers, the tattoos basically vanish. If the foundation can cover tattoos, it can probably cover any of your skin woes. 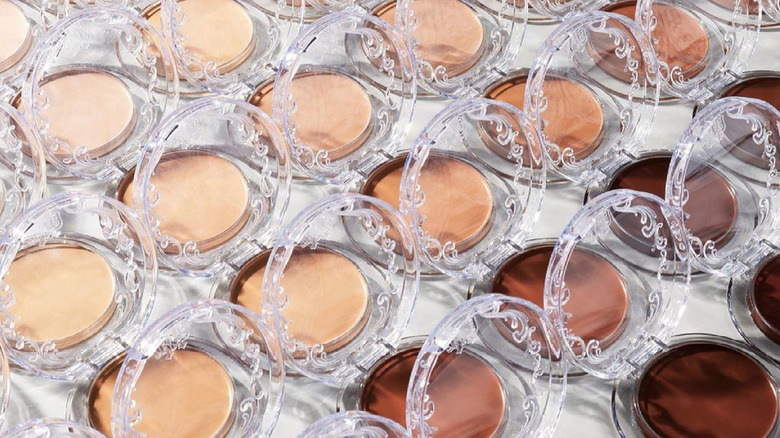 The KVD Beauty’s Good Apple Skin-Perfecting Foundation Balm has also been a TikTok favorite. After going viral in the spring, the product quickly sold out (via E!). The cream foundation comes in 40 different shades, and it gets its name from its hydrating apple extract, per PopSugar. Designed to provide full coverage in only one (or maybe two) coats, it can easily conceal both hyperpigmentation and acne (via Byrdie).

There’s been some controversy, though, over whether it’s actually a good all-day, long-wearing foundation. Some have even said it looks patchy on dry skin (via Insider). One reviewer said to make sure you remember that less is more for the matte foundation, so don’t expect a dewy finish with this product (via StyleCaster).

You can buy the wildly popular foundation directly from the KVD website or at Sephora and Ulta. If you need even more convincing, the product is not only vegan, but the compact it comes in is also 100% recyclable (via KVD). Plus, it’s Travis Barker-approved!