From Marilyn Monroe to Beyoncé, these are the most memorable hair and makeup moments from some of the world’s biggest film, television, and music stars as they hit the Golden Globes red carpet. 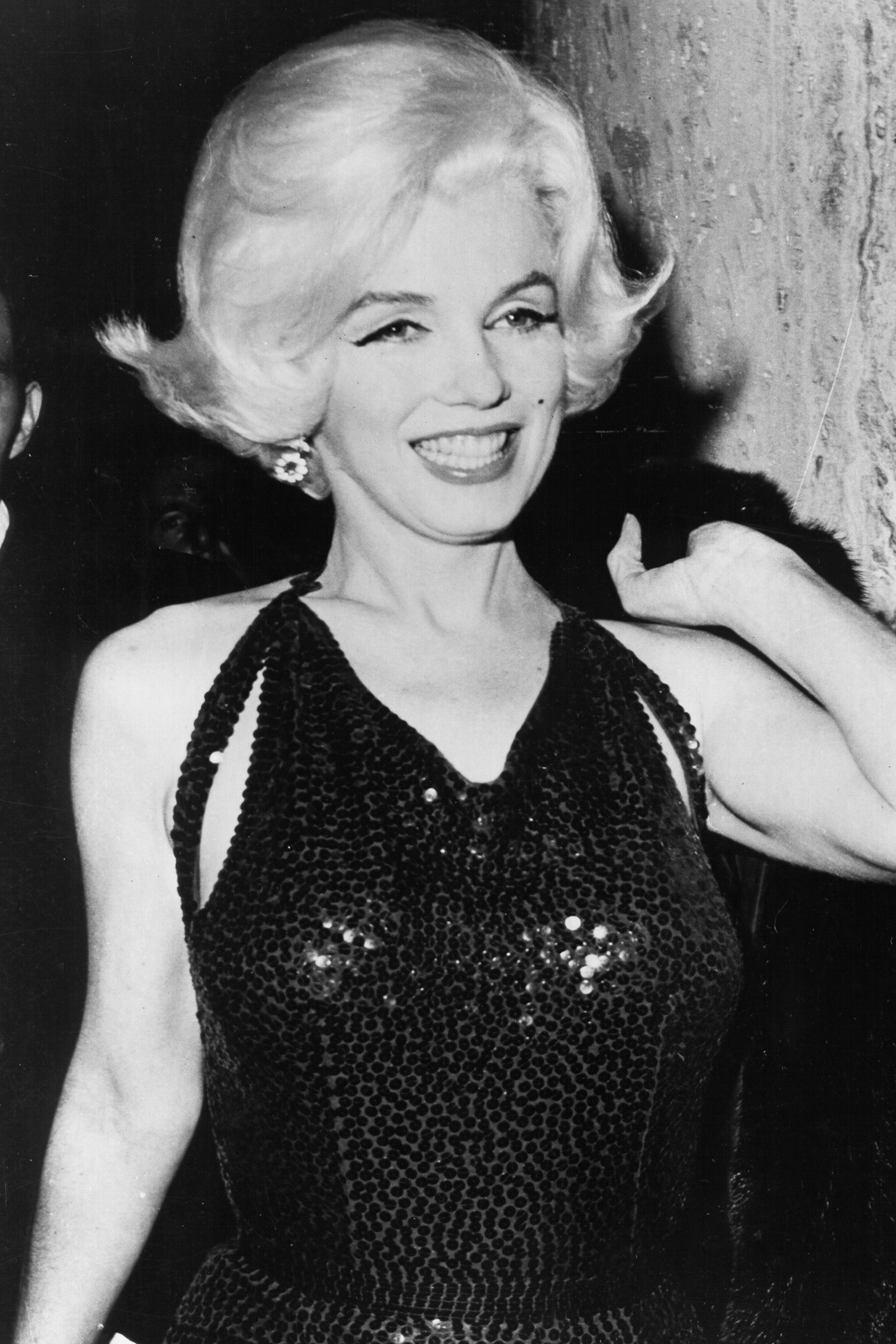 The iconic starlet topped off her shimmery gown with a cat eye and coiffed hairstyle at the 1962 awards ceremony. 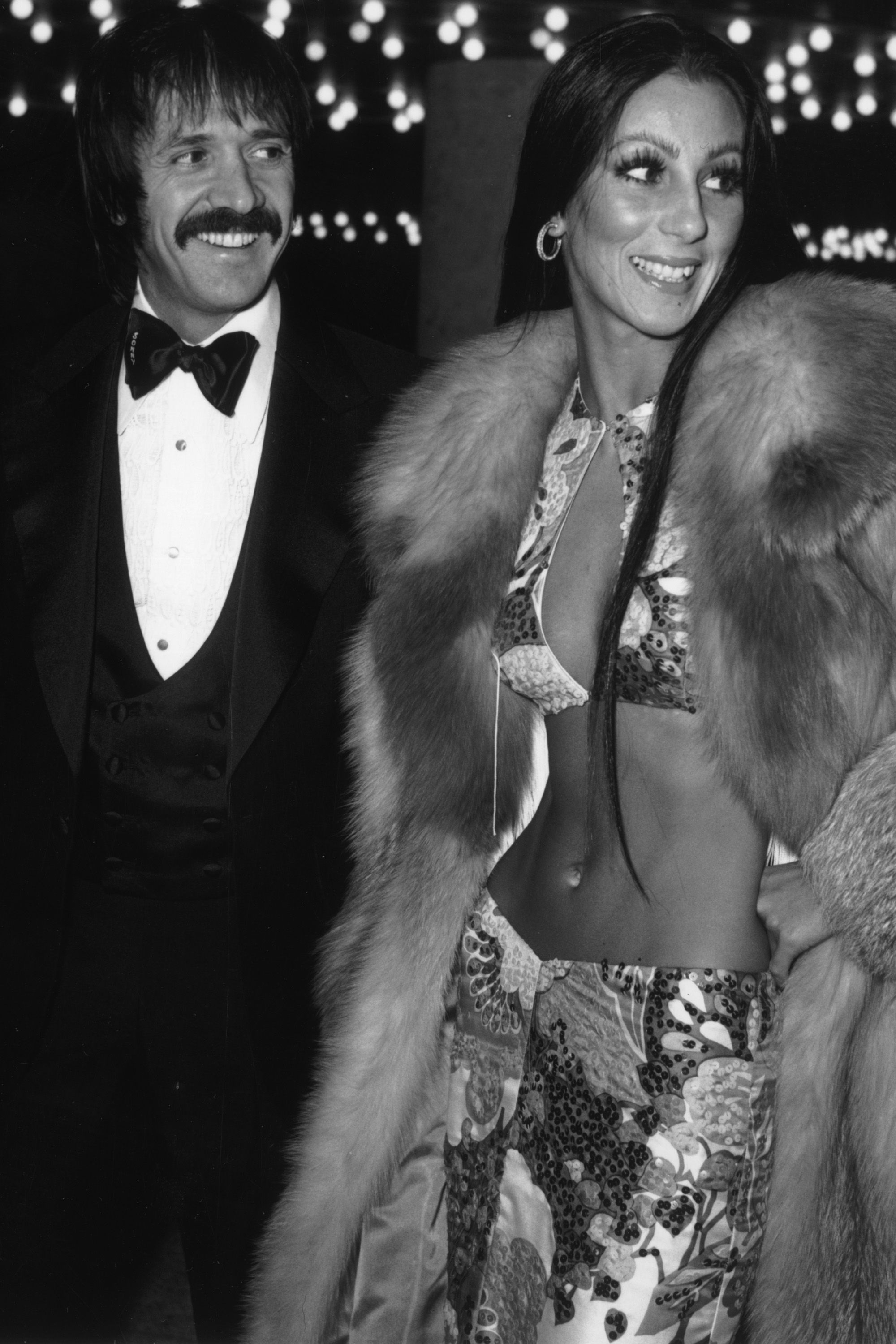 Cher completely slayed the 1973 Golden Globes in a silky bra top and fur coat. She kept her beauty look just as glamorous with pin straight locks and thick, lengthy lashes. 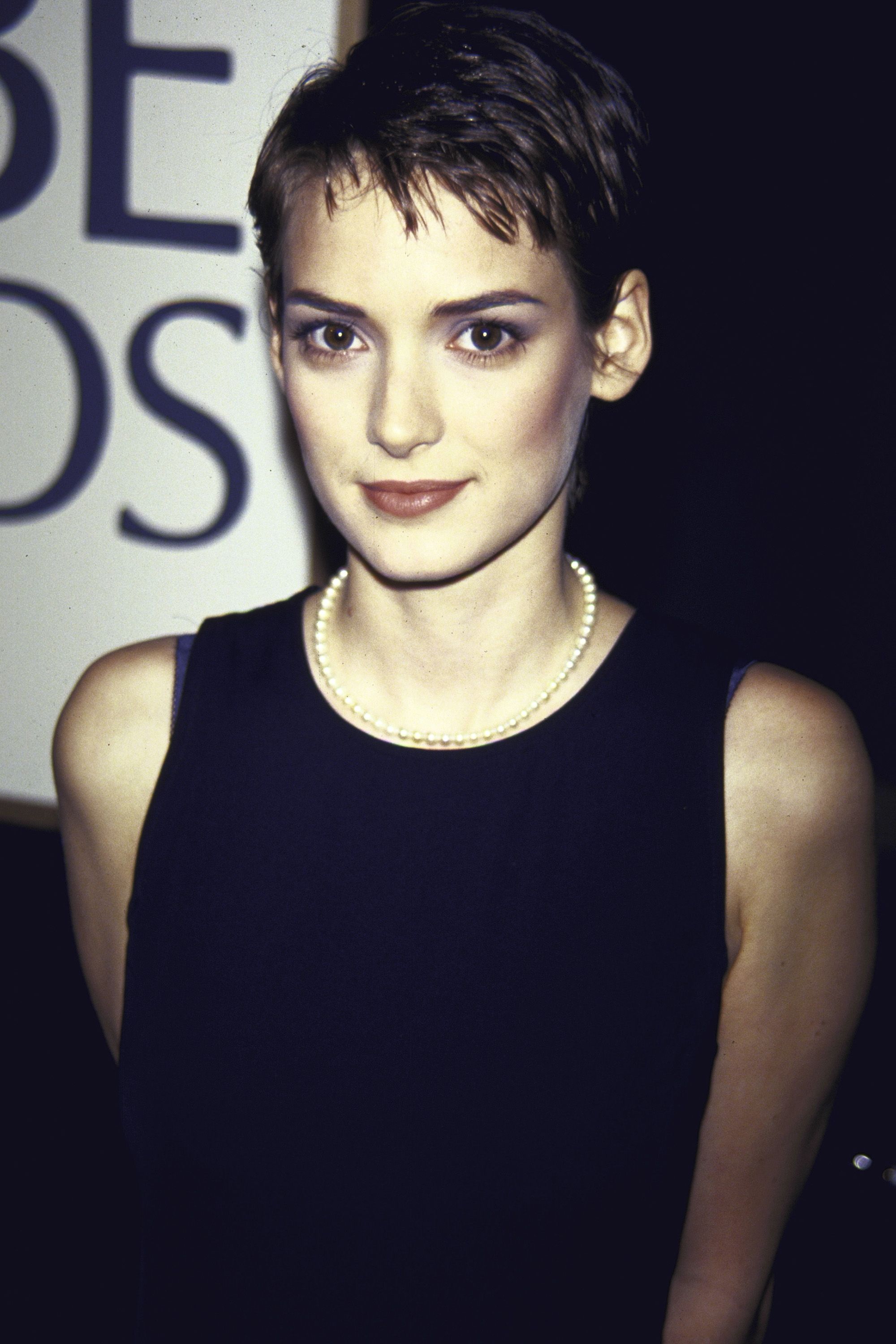 Ryder looked simply stunning on the 1994 red carpet, topping off her LBD and pearl necklace with a fresh pixie cut and berry tinted makeup. 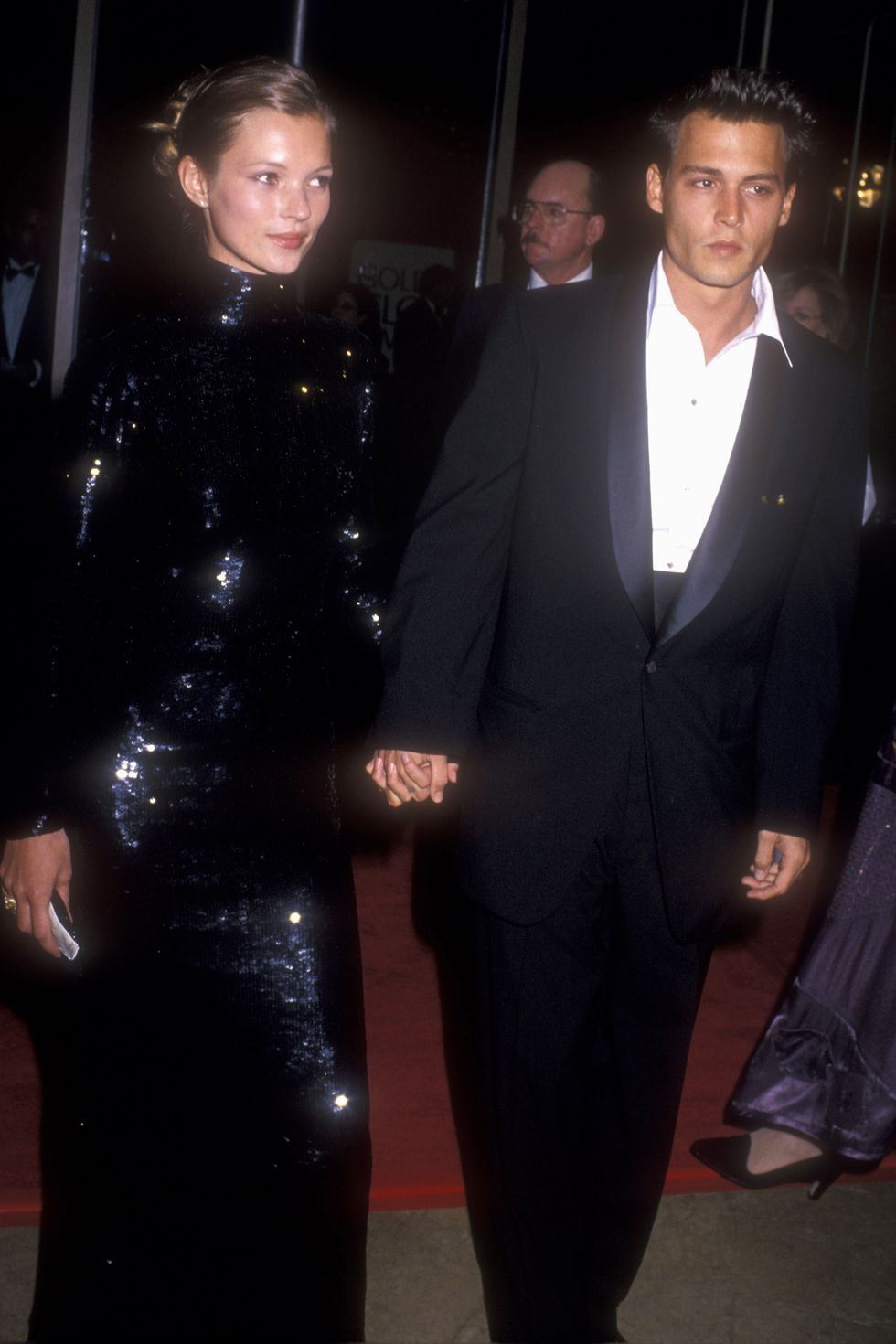 Kate Moss sparkled on Johnny Depp’s side in 1995, sporting minimal, dewy makeup and an effortless updo. 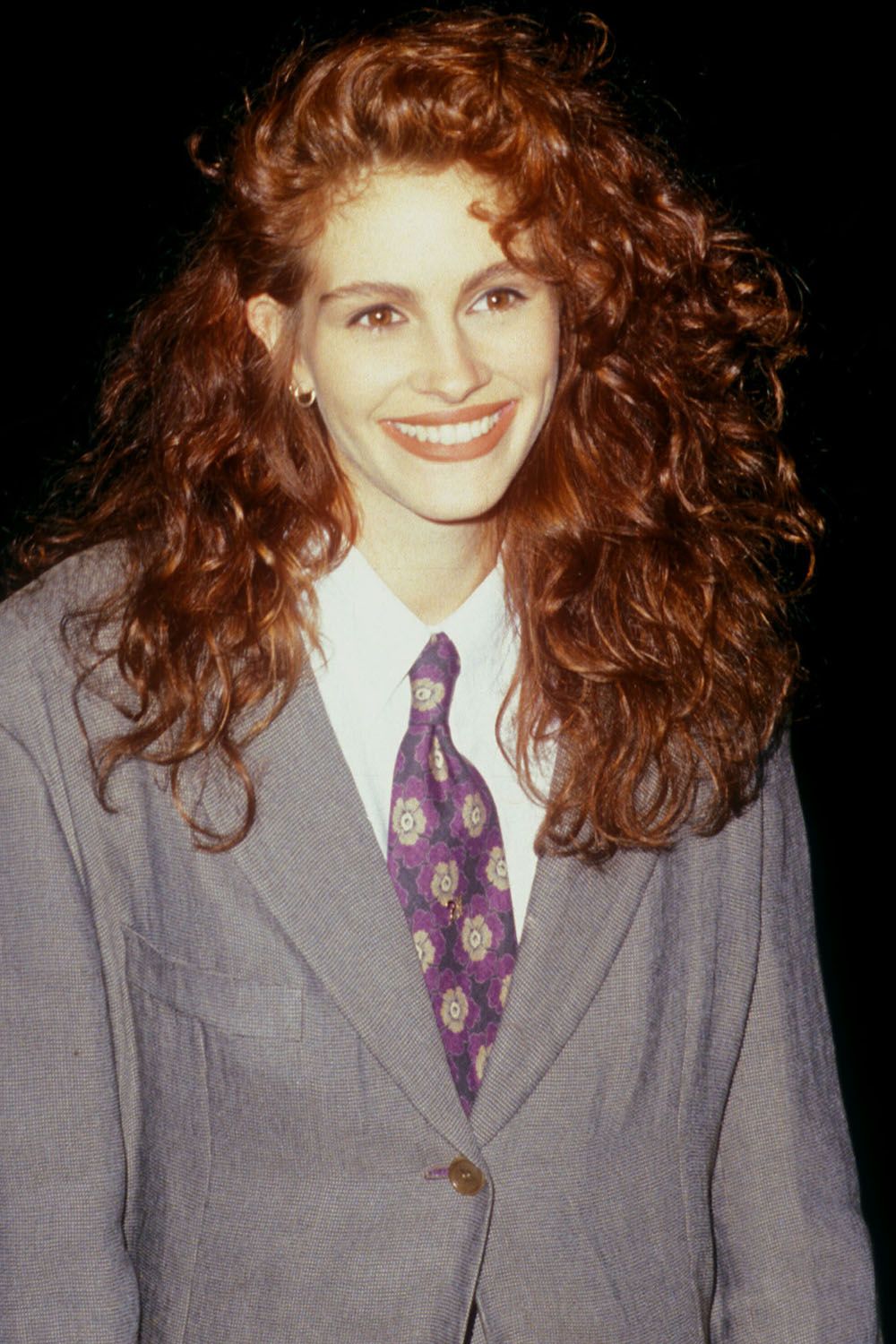 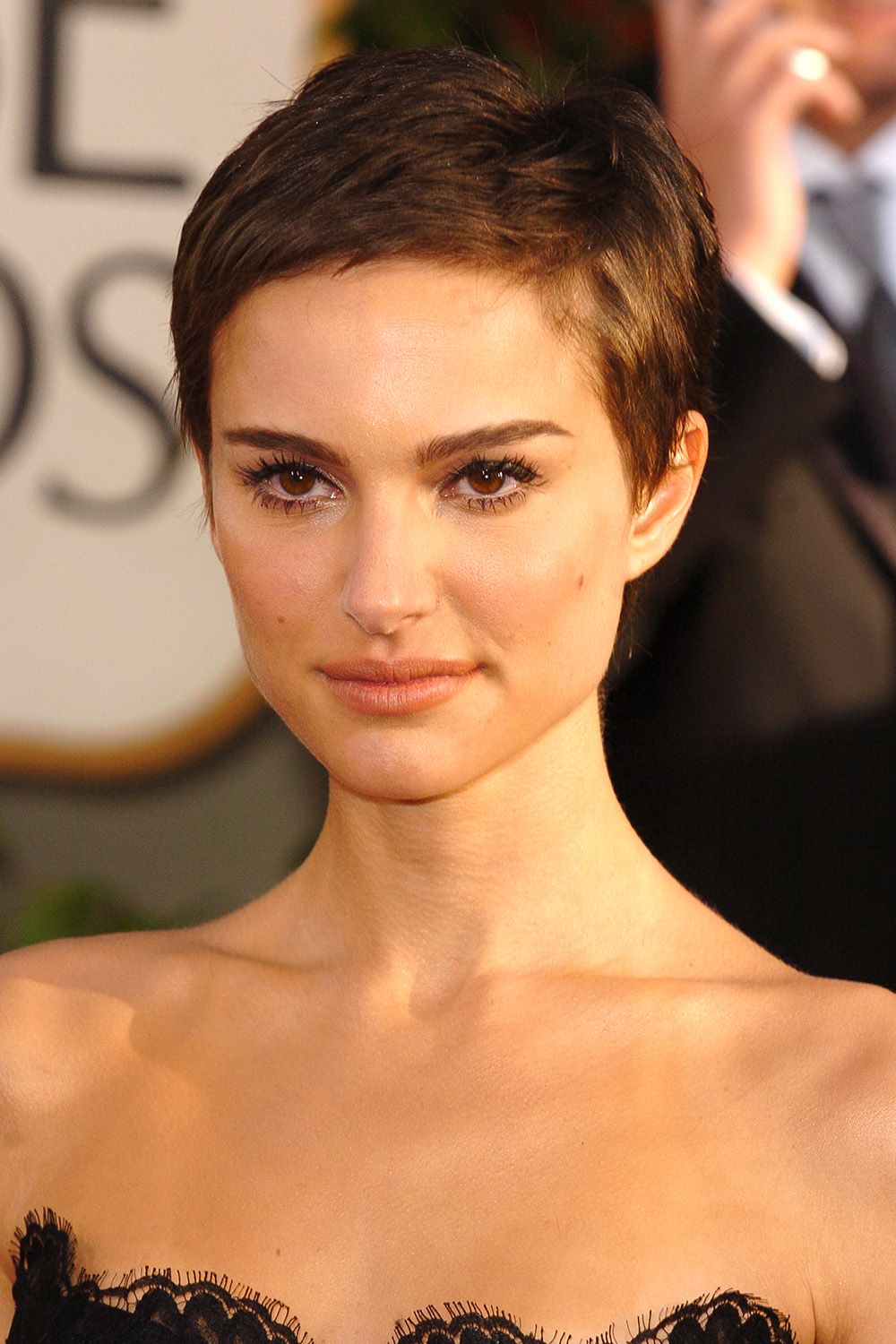 After shaving her head for V for Vendetta, Natalie Portman’s pixie cut became one of the most iconic red carpet hair moments of all time. At the 2006 Golden Globes, she balanced the short crop with voluminous black lashes. 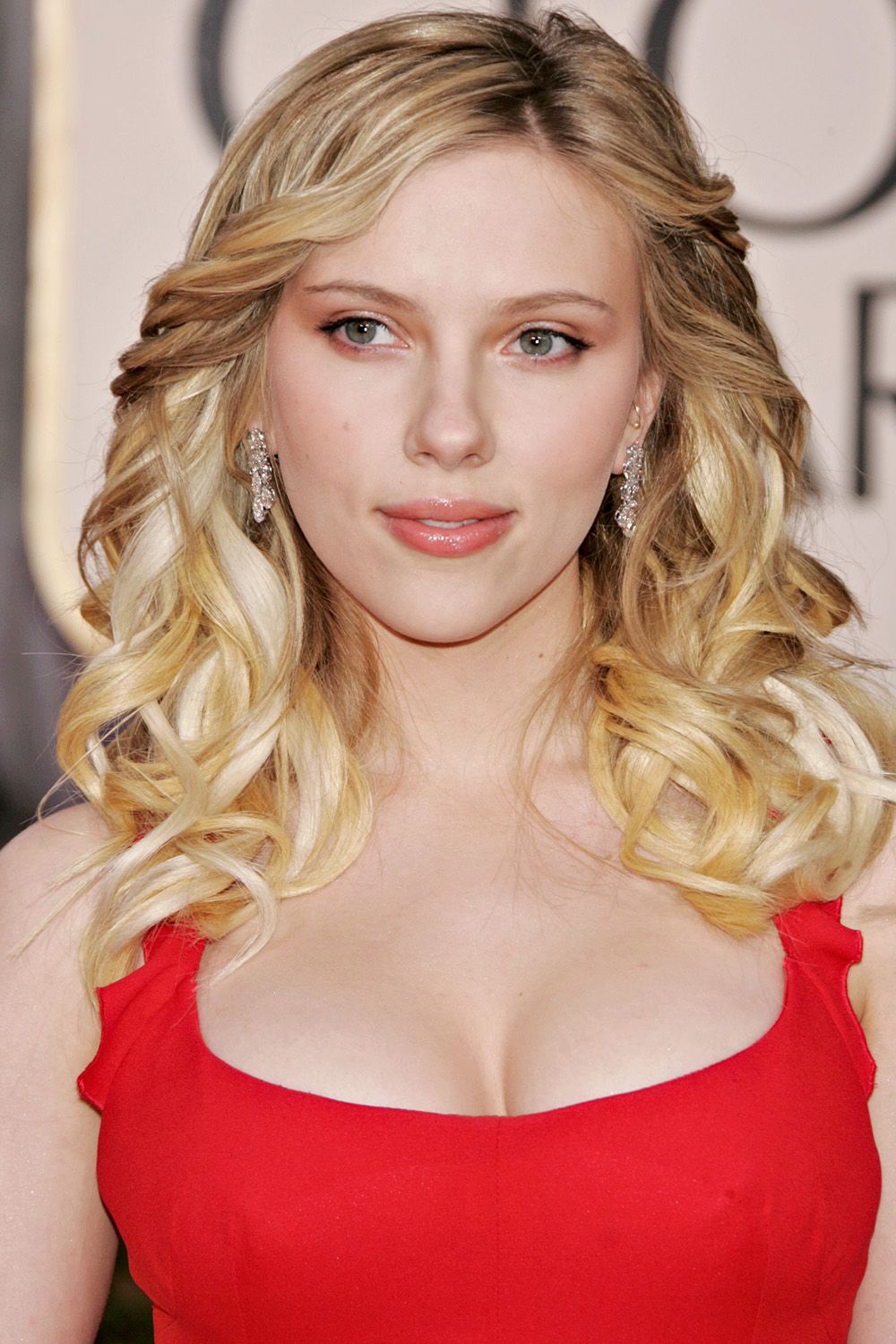 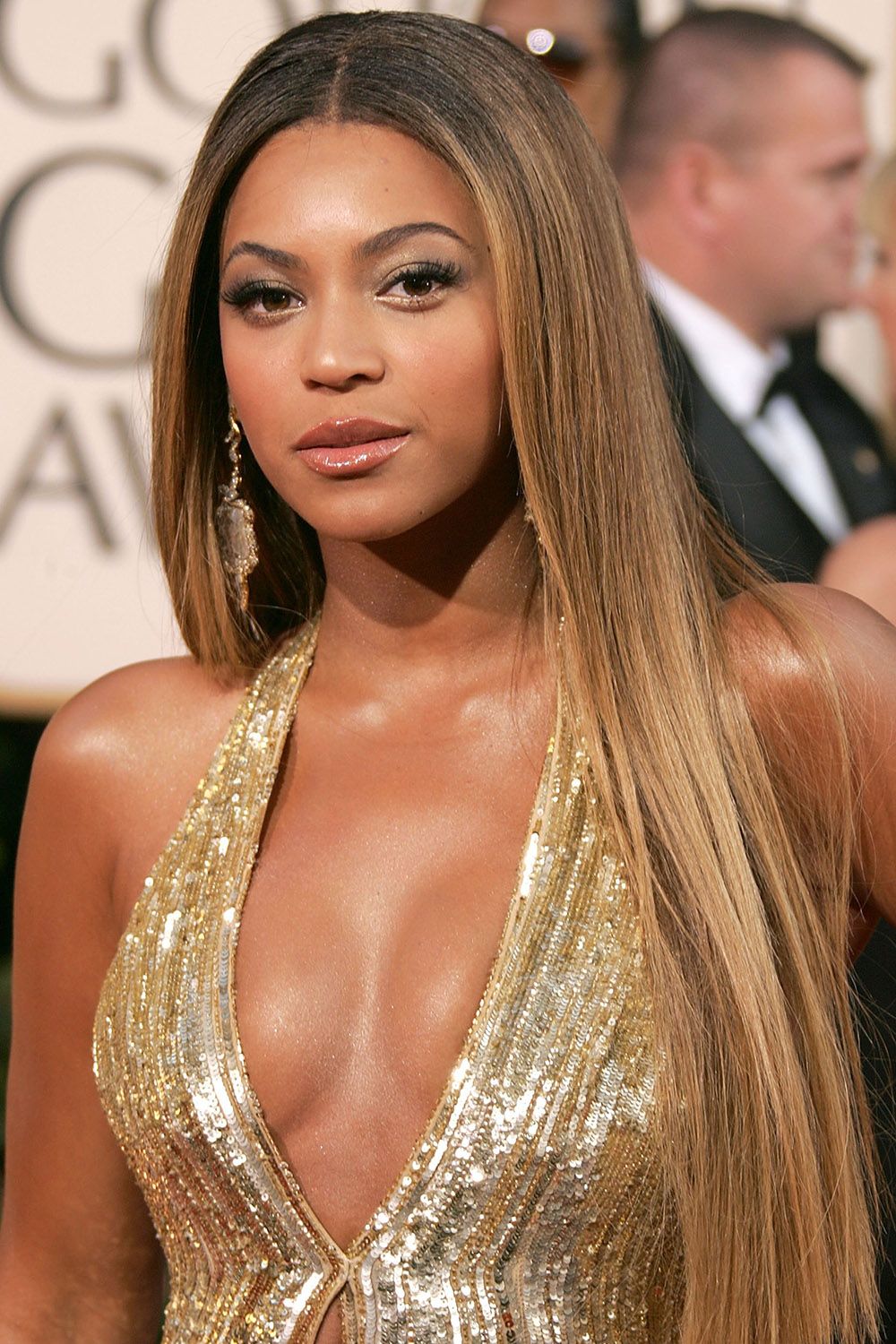 Taking the gold theme literally, Beyoncé looked stunning with golden-blonde hair and a bronze glow in 2007. 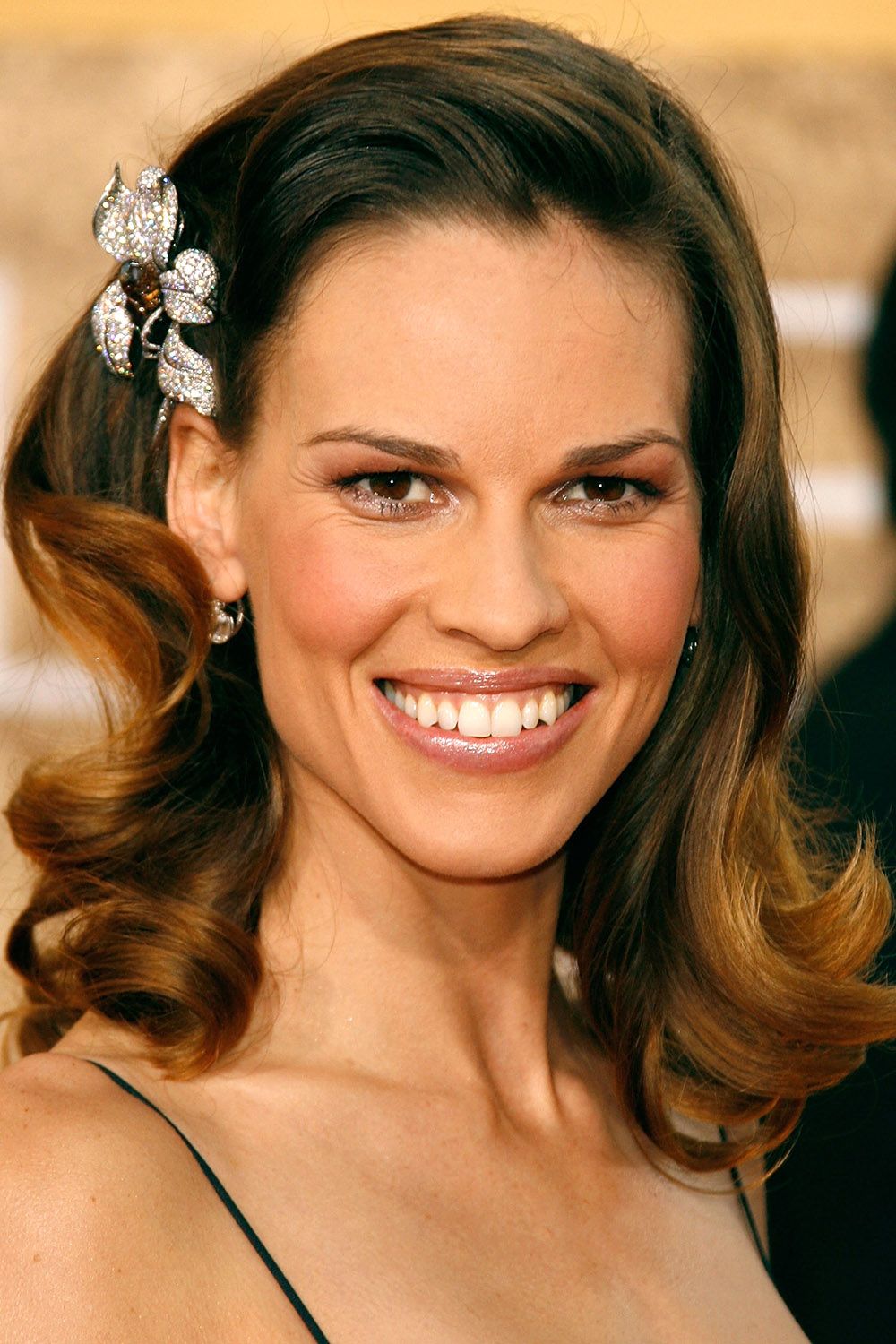 If you’re going to the Golden Globe Awards, be sure to wear a diamond flower in your hair (as seen here on Hilary Swank in 2007). 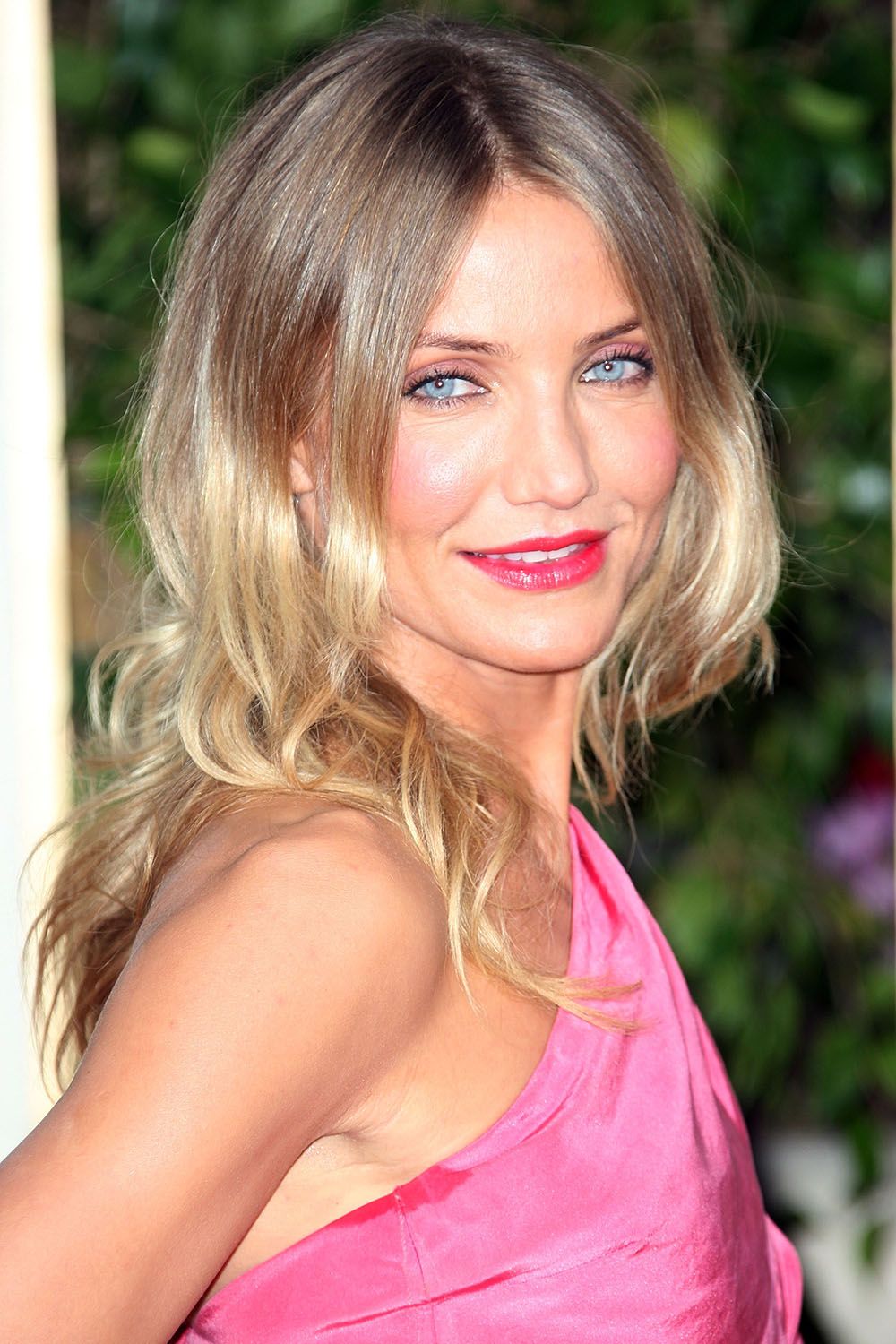 Cameron Diaz was an absolute vision at the 2009 Golden Globes with pops of pink and an overall beachy vibe. 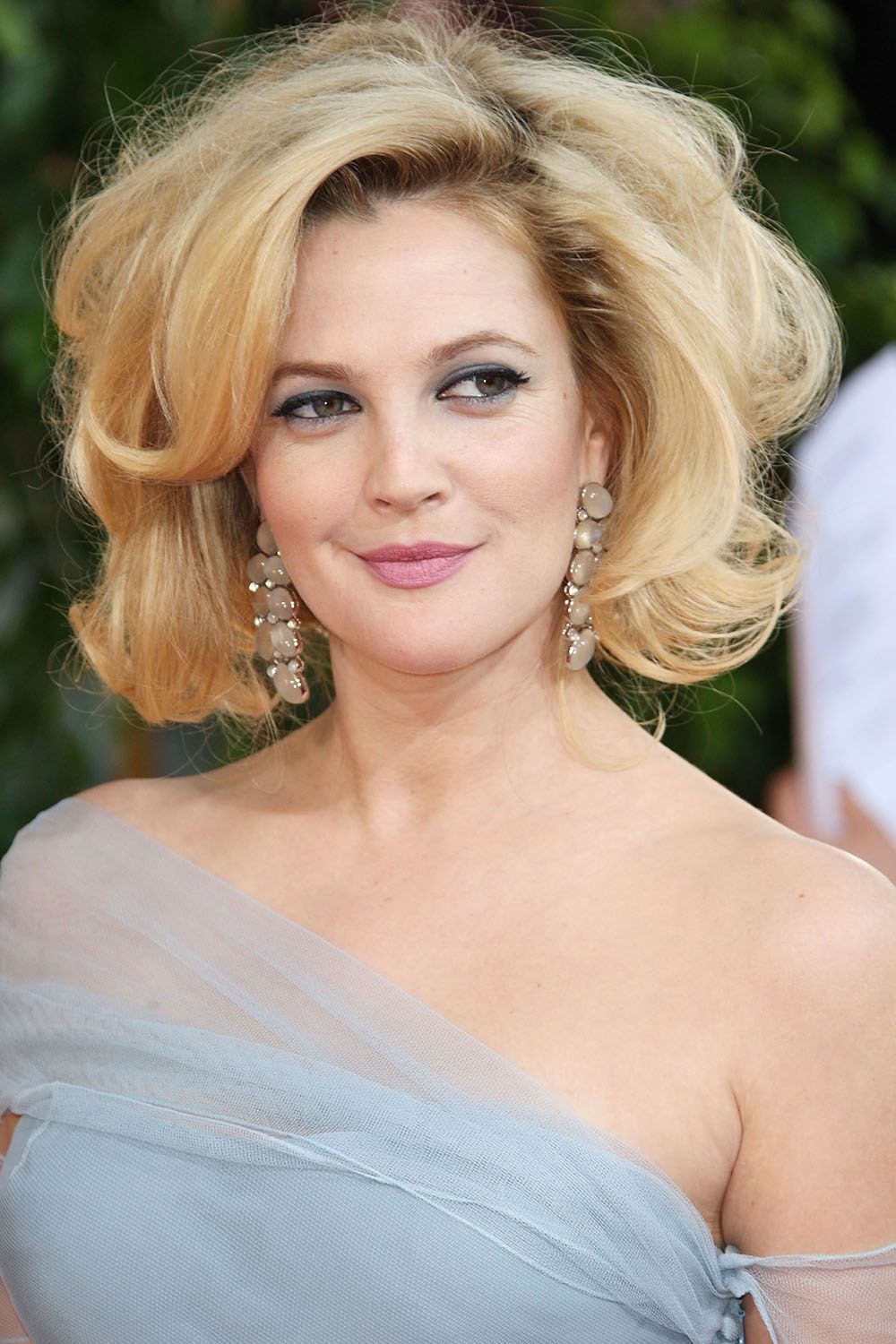 Drew Barrymore’s voluminous blonde bob in 2009—you either loved it or you hated it. For the record, we think it’s one of the best red carpet hair moments of all time. 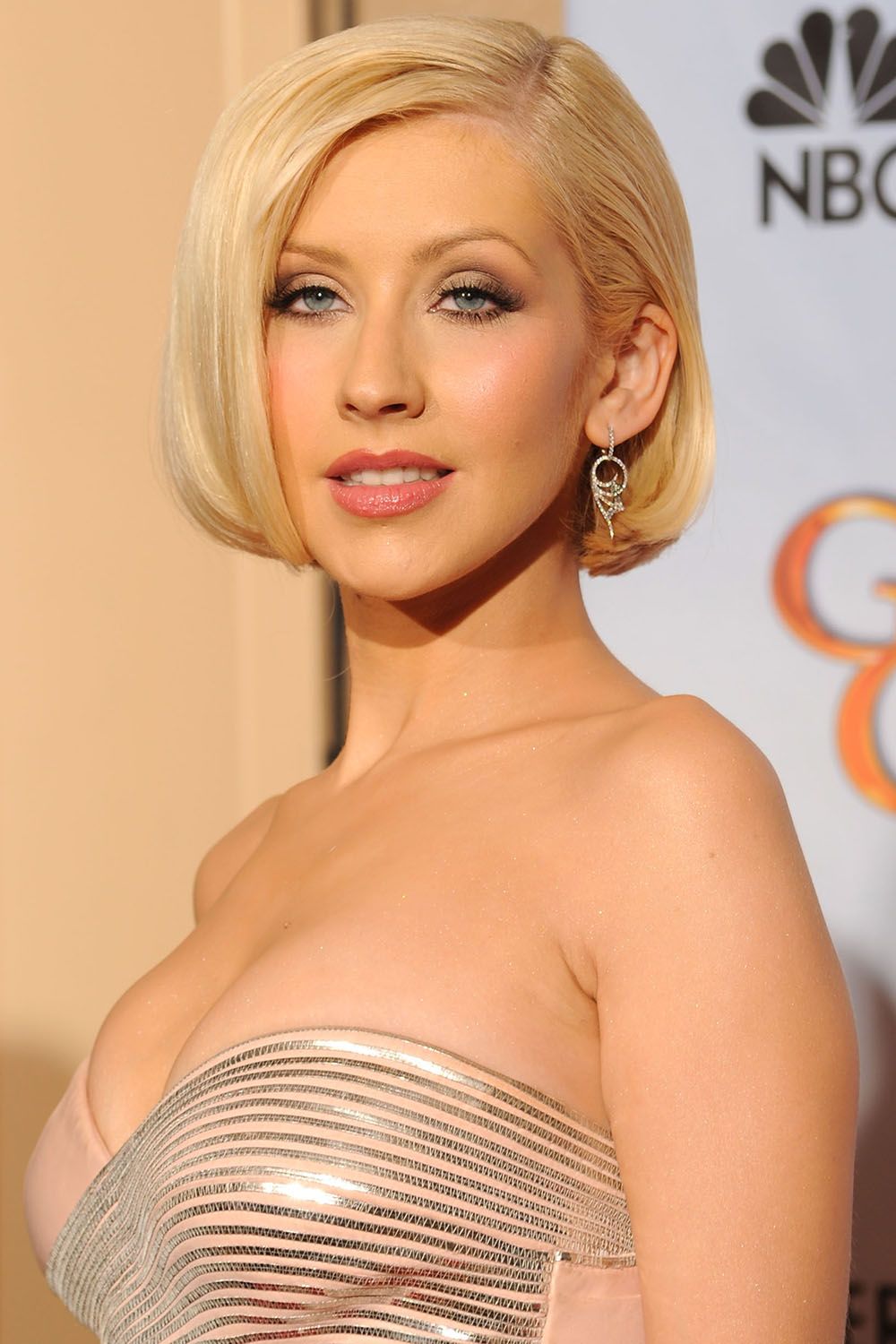 We’ve seen Christina Aguilera take on a number of beauty personas, but our favorite is this 2010 Globes look that showed a more sophisticated side of the singer. 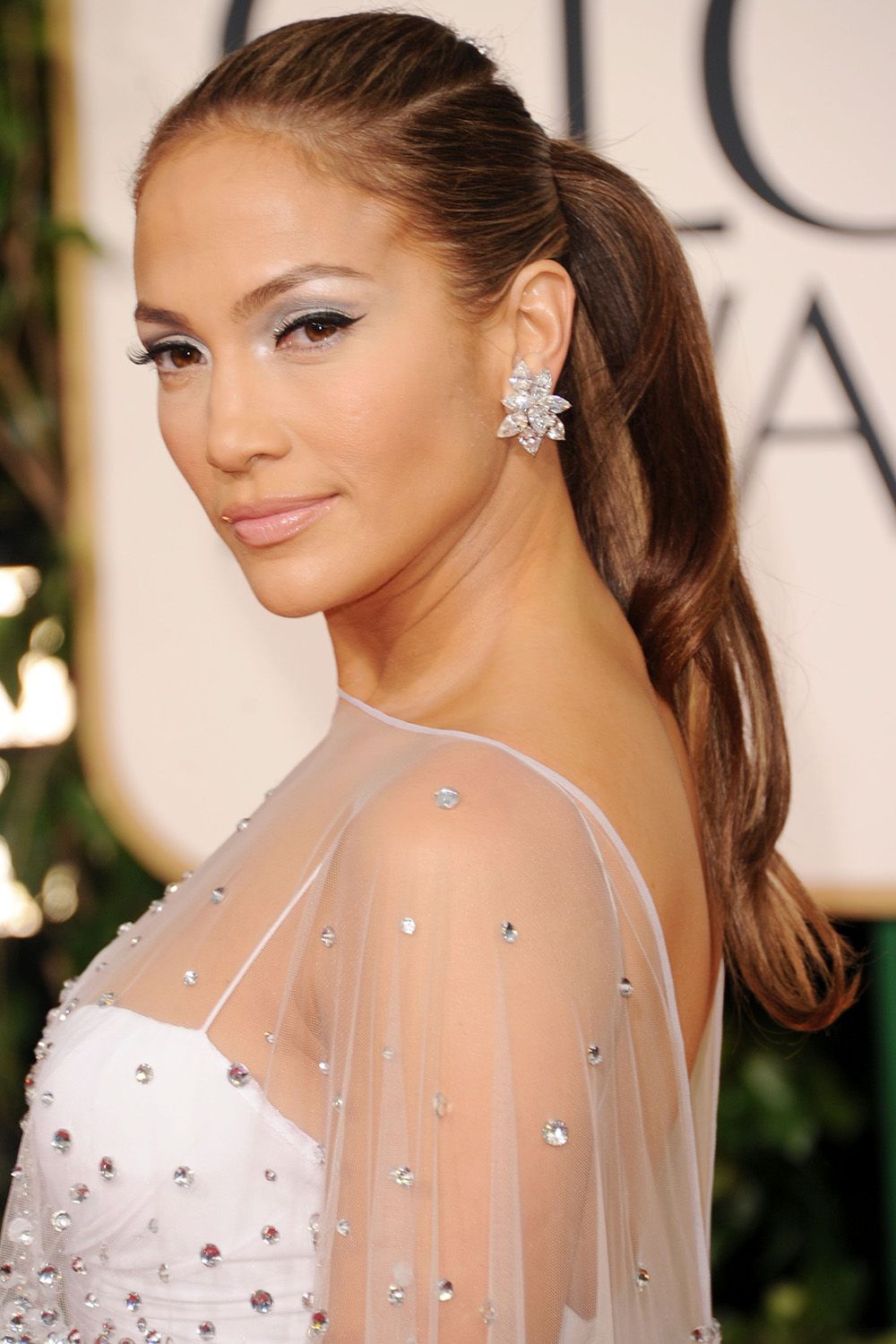 There are very few people that can pull-off a glamorous red carpet ponytail. And even fewer who can wear frosty eye makeup with the utmost elegance and grace. Jennifer Lopez can truly do (and wear) it all, as shown here in 2011. 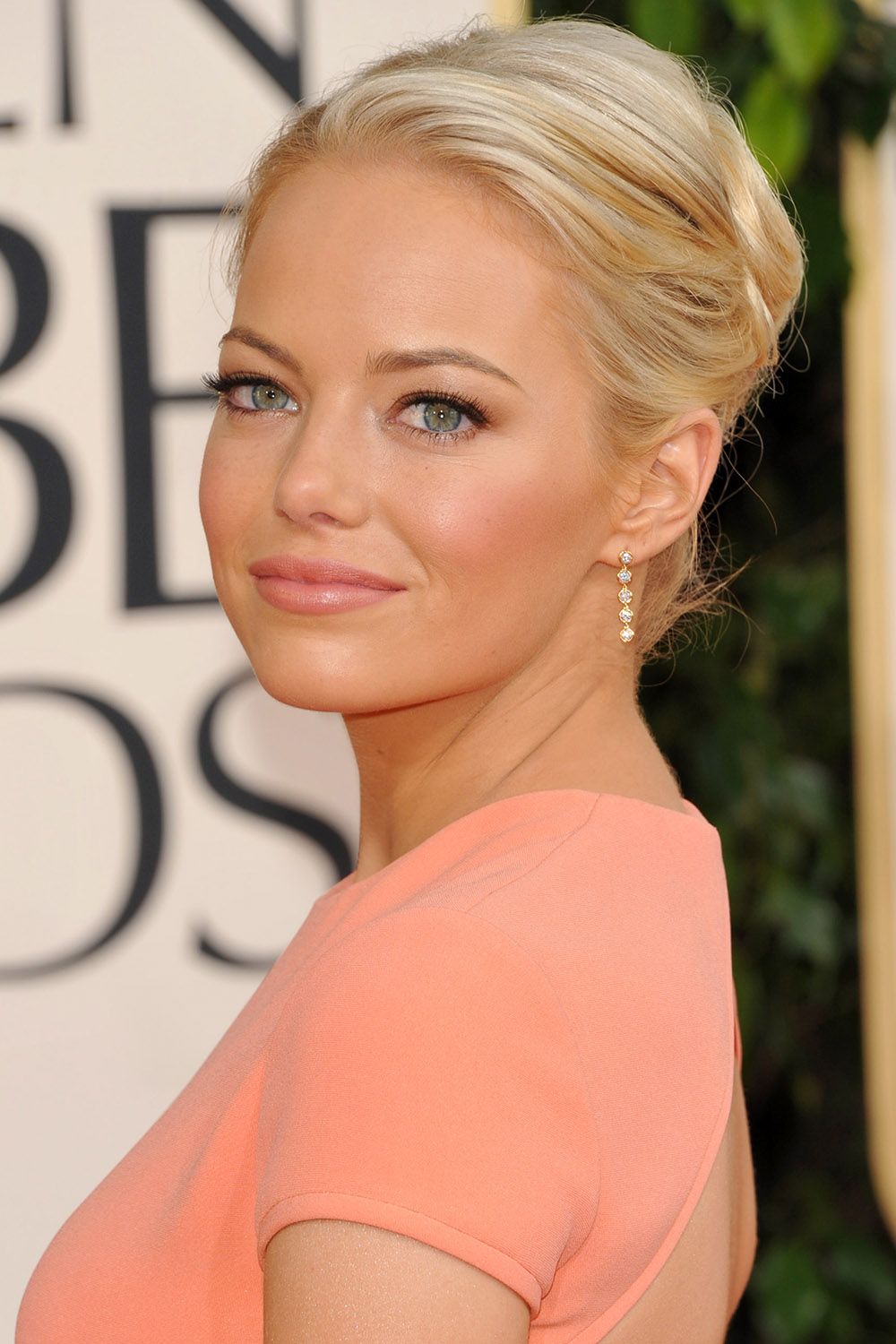 When Emma Stone stepped onto the 2011 Golden Globes red carpet in this unexpected Calvin Klein number—the worlds’ collective jaws hit the floor. Tanned, blonde, and peach all over, this look cemented Emma Stone as a true beauty chameleon. 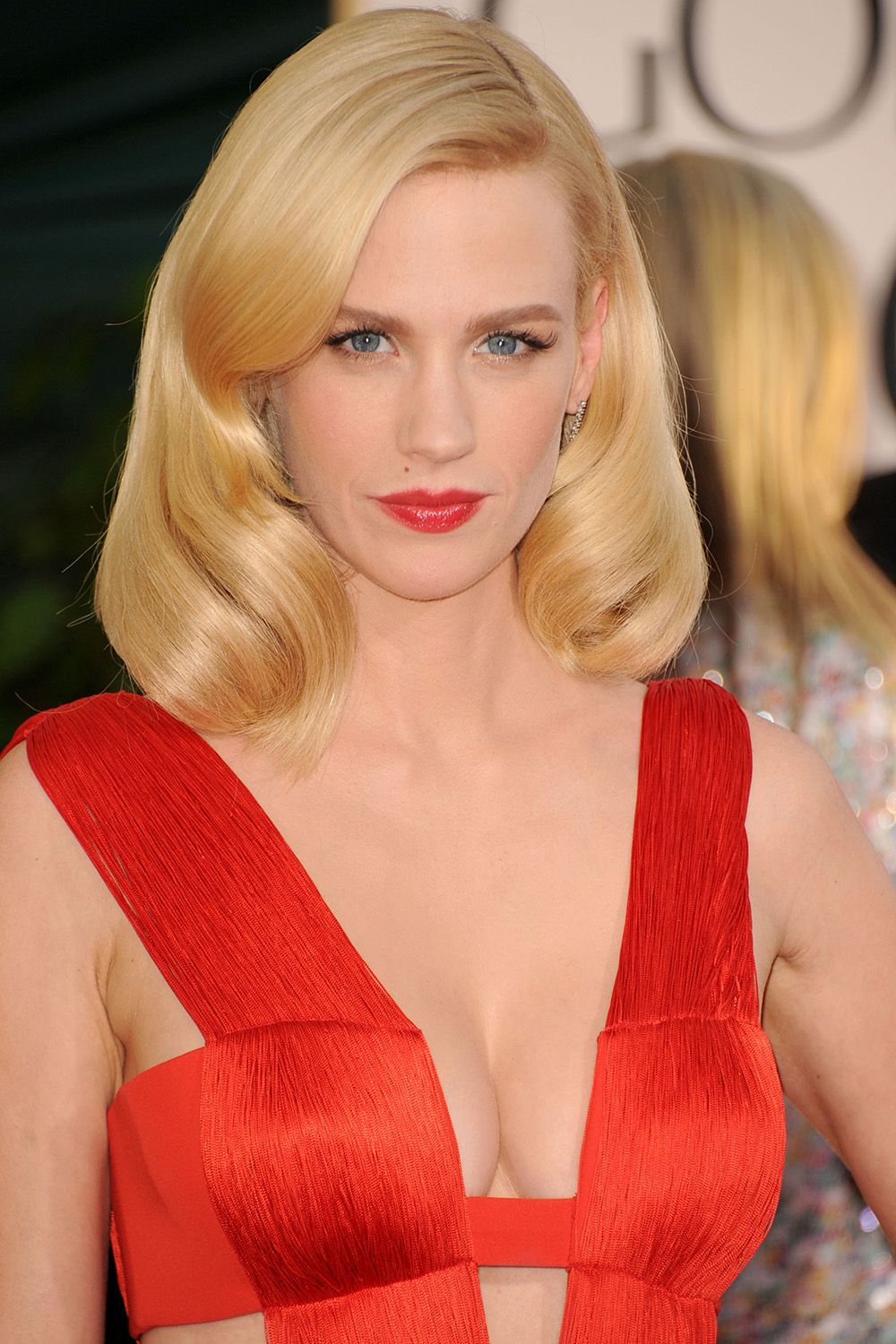 January Jones proved that she was far more of a bombshell than her housewife counterpart Betty Draper in this red-hot 2011 number. 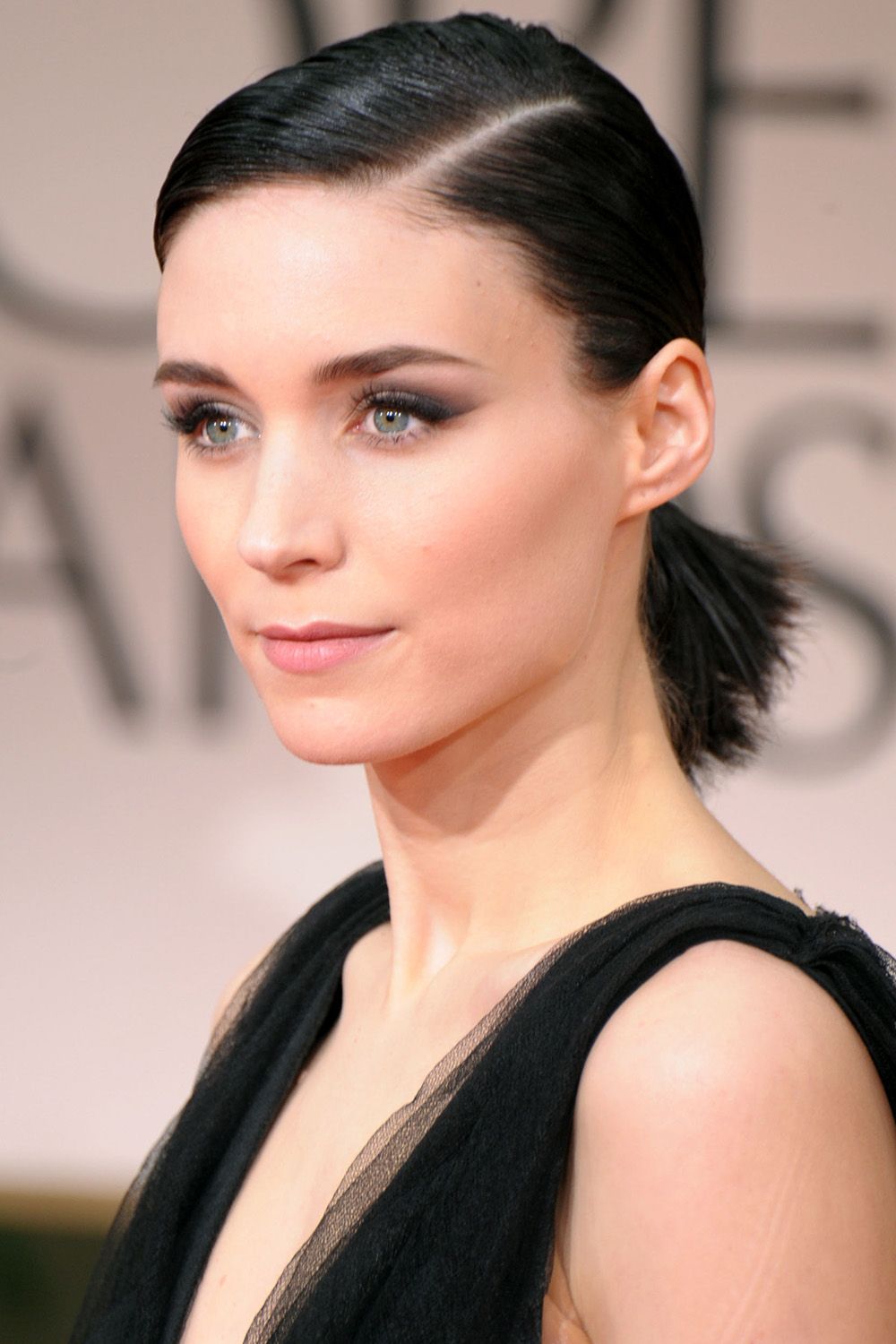 Actress Rooney Mara burst onto the scene in Girl With The Dragon Tattoo. But it was her press tour looks—full of graphic shapes, punk influences, and edgy sex appeal—that solidified Mara as a force in beauty and fashion. At the 2012 awards ceremony, she slicked her jet-black hair into a sculptural ponytail while taking a softer approach with a bit of black eyeshadow. 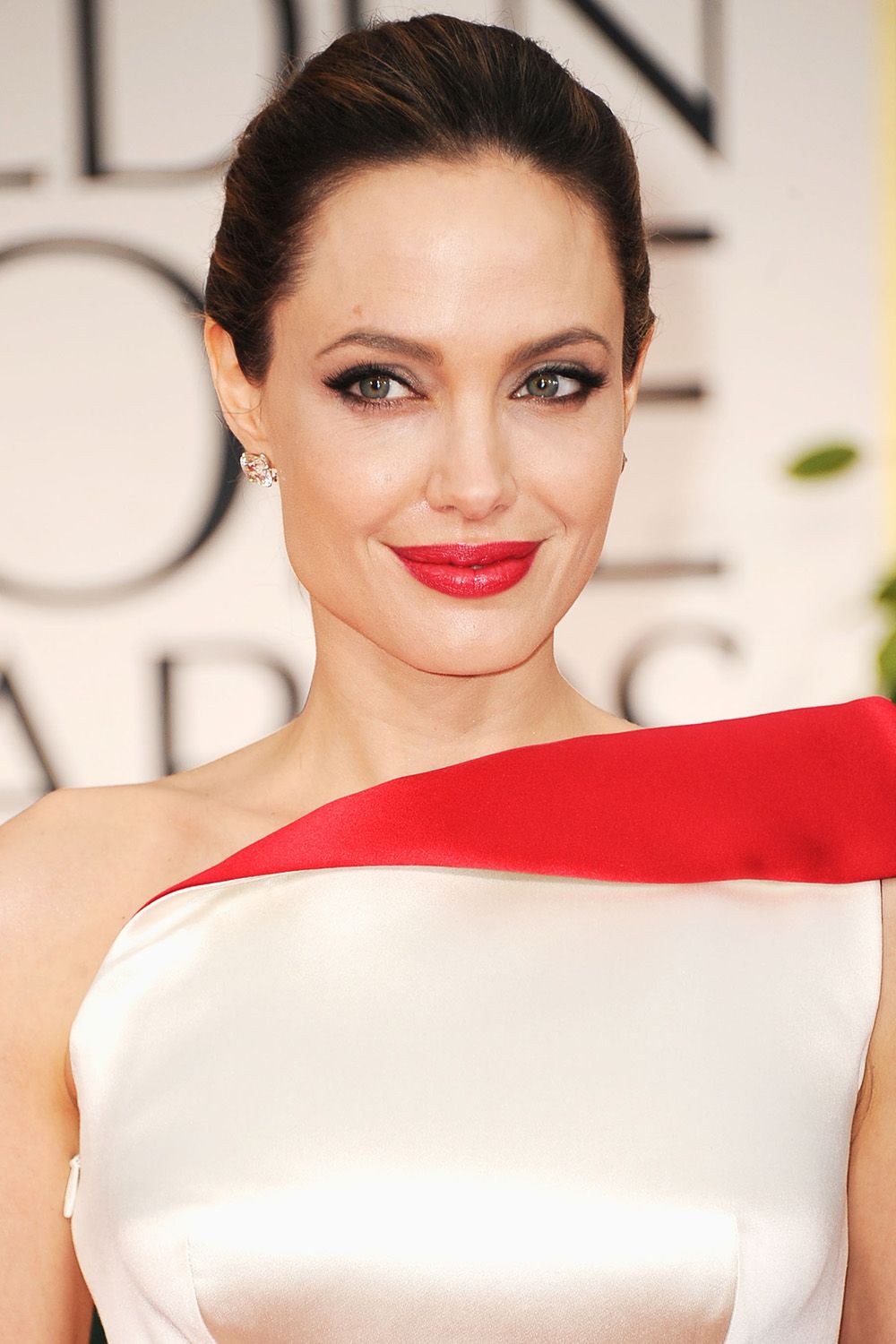 Angelina Jolie smoldered at the 2012 Golden Globes with a smoky eye and pops of red. Our verdict? The actress in a bright lip will land on every best list—guaranteed. 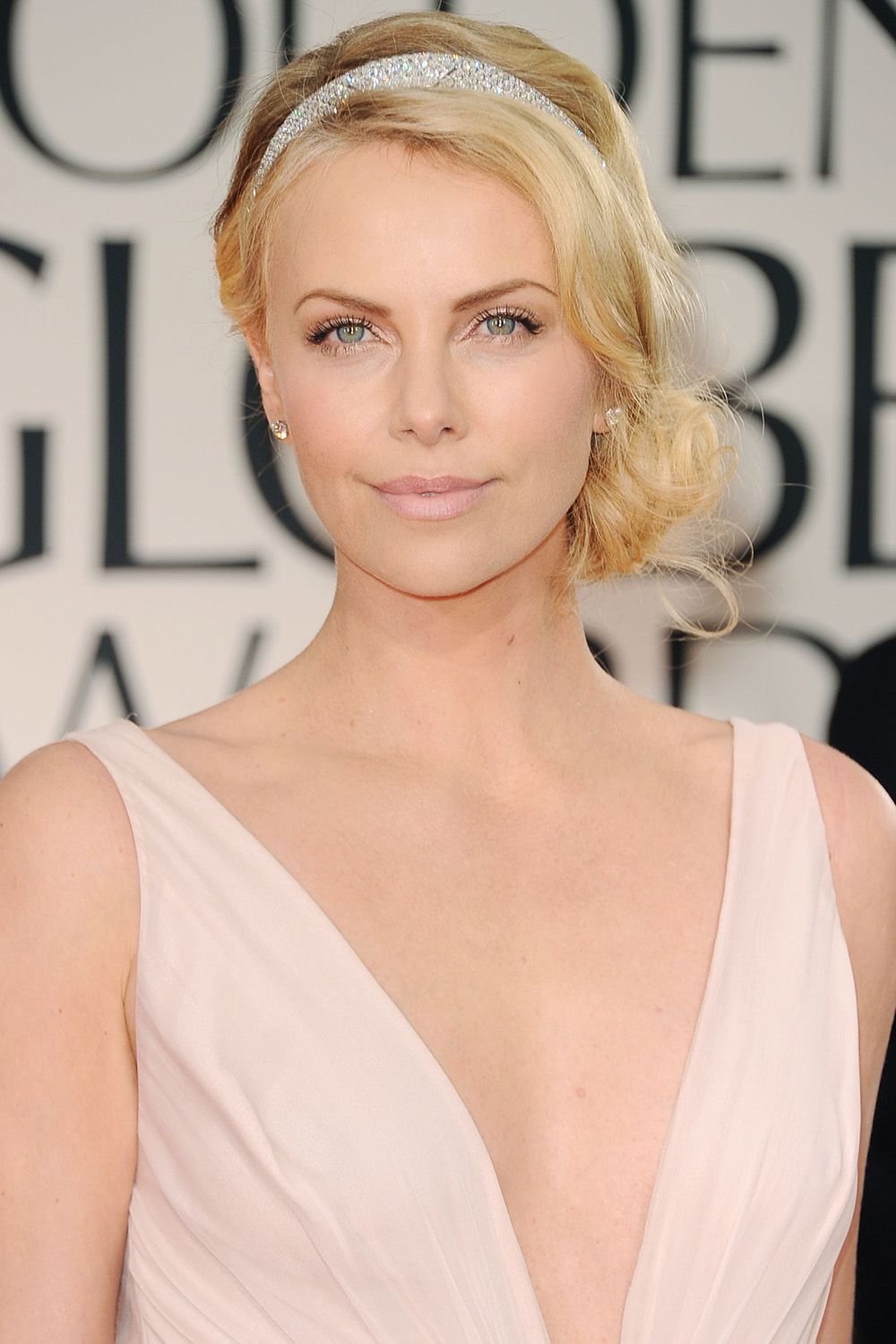 Charlize Theron served up the most perfect, pink, ballerina-esque beauty look of our dreams on 2012’s red carpet. 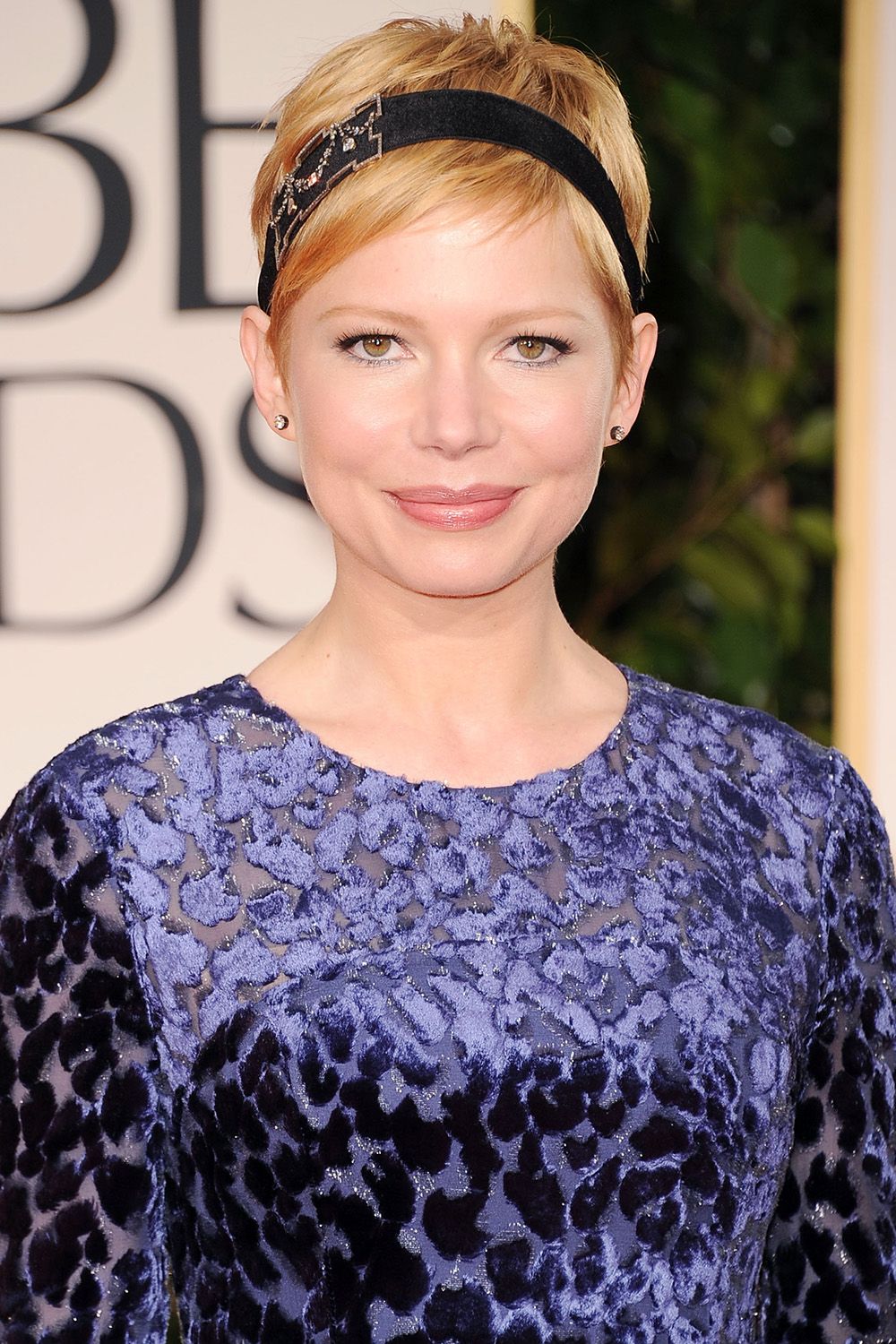 A sparkly black headband elevates Michelle Williams’ signature cut to a festive beauty look fit for the occasion in 2012. 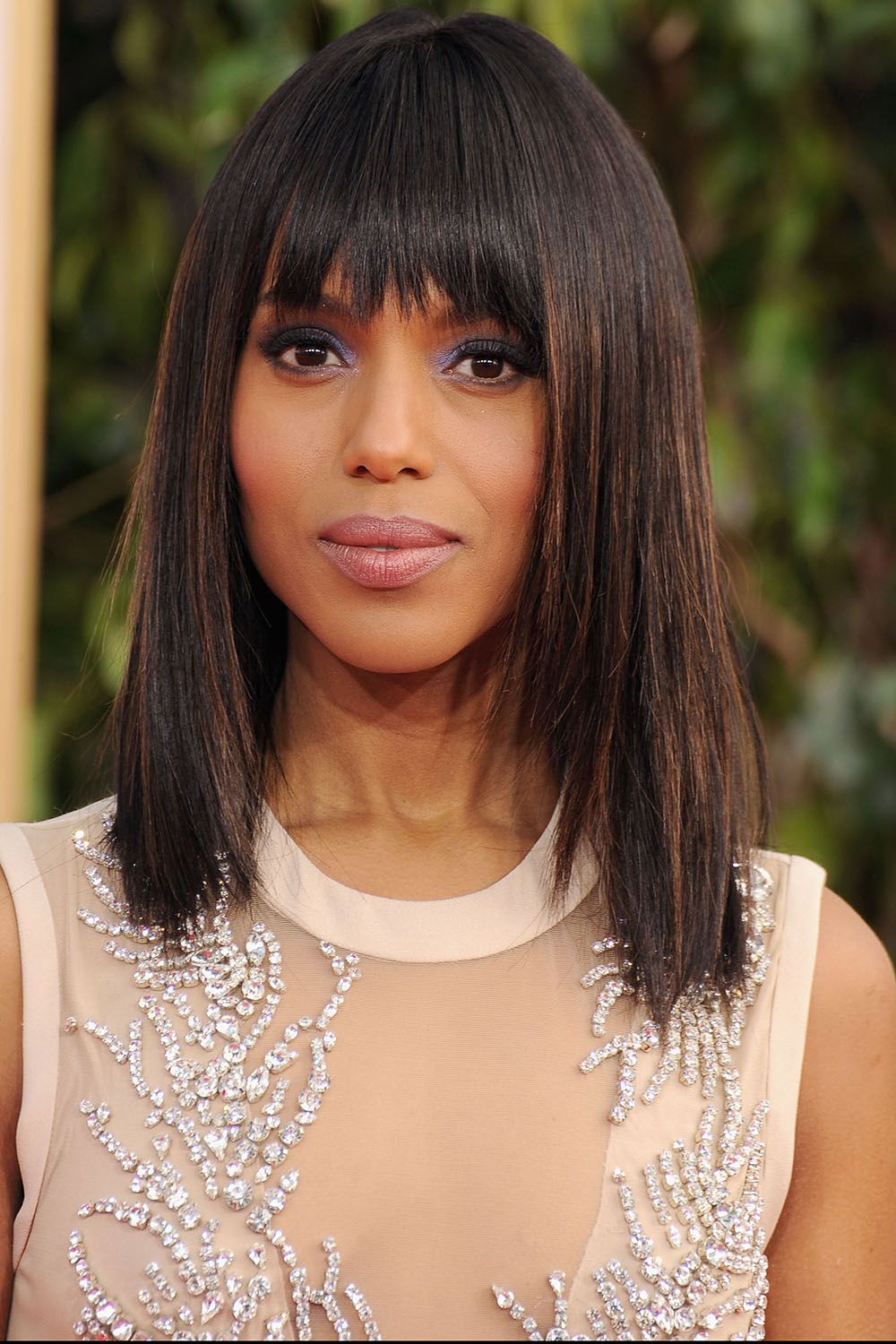 From her choppy bangs and bob to her shimmery violet eyeshadow, we fell in love with Kerry Washington’s cool-girl approach to red carpet beauty back in 2013. 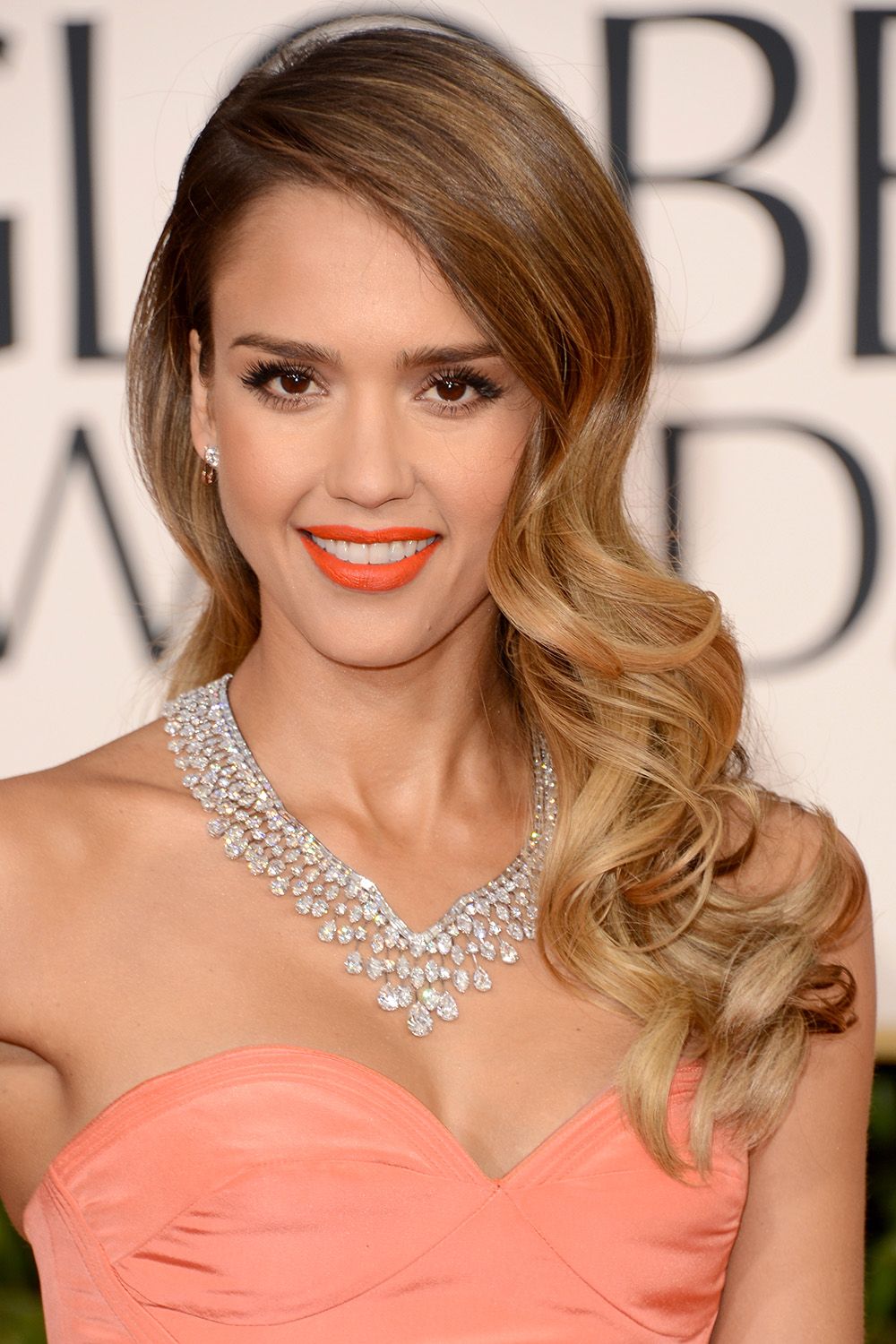 Jessica Alba proved that you don’t have to wear red lipstick to go full-on glam on the 2013 red carpet. 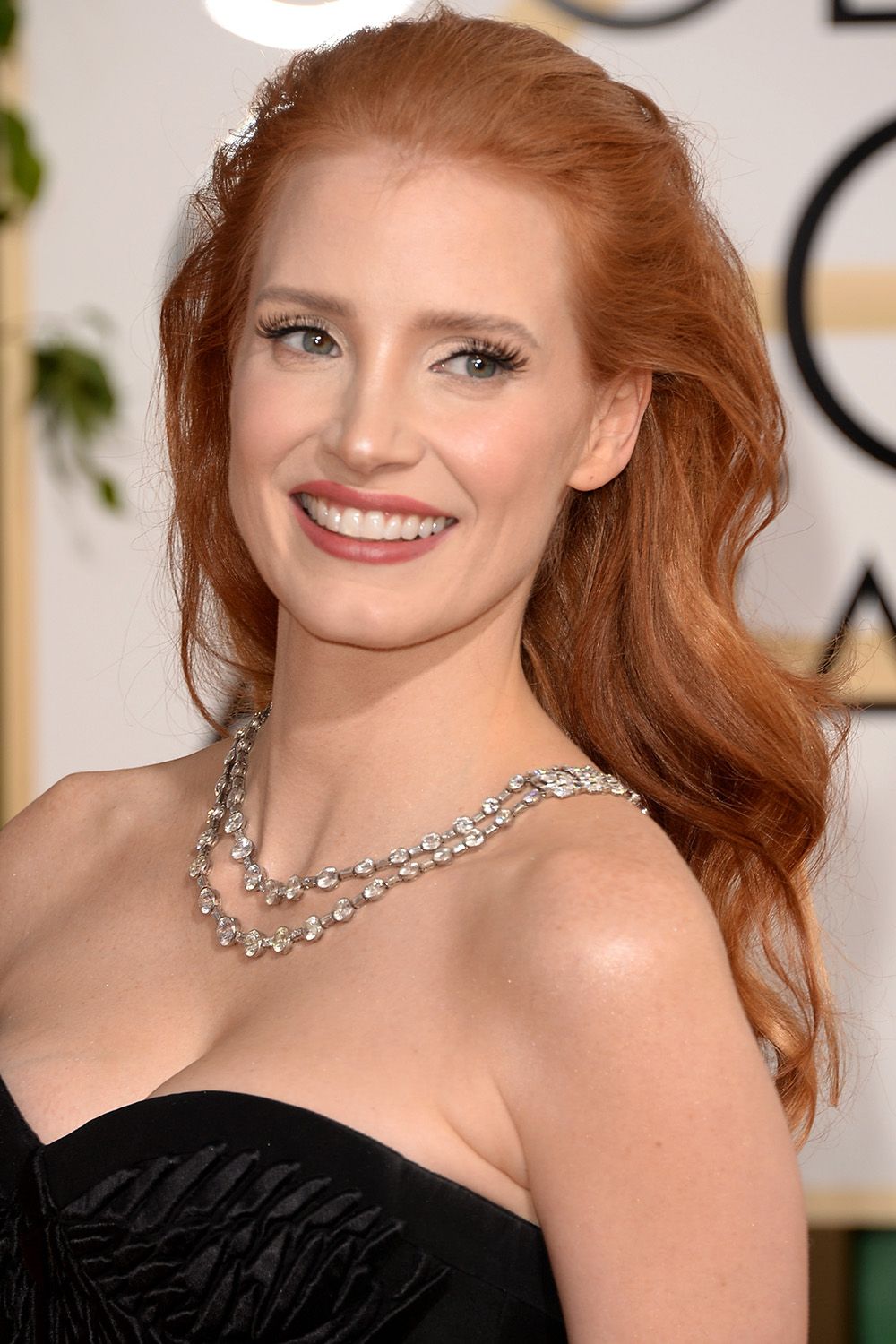 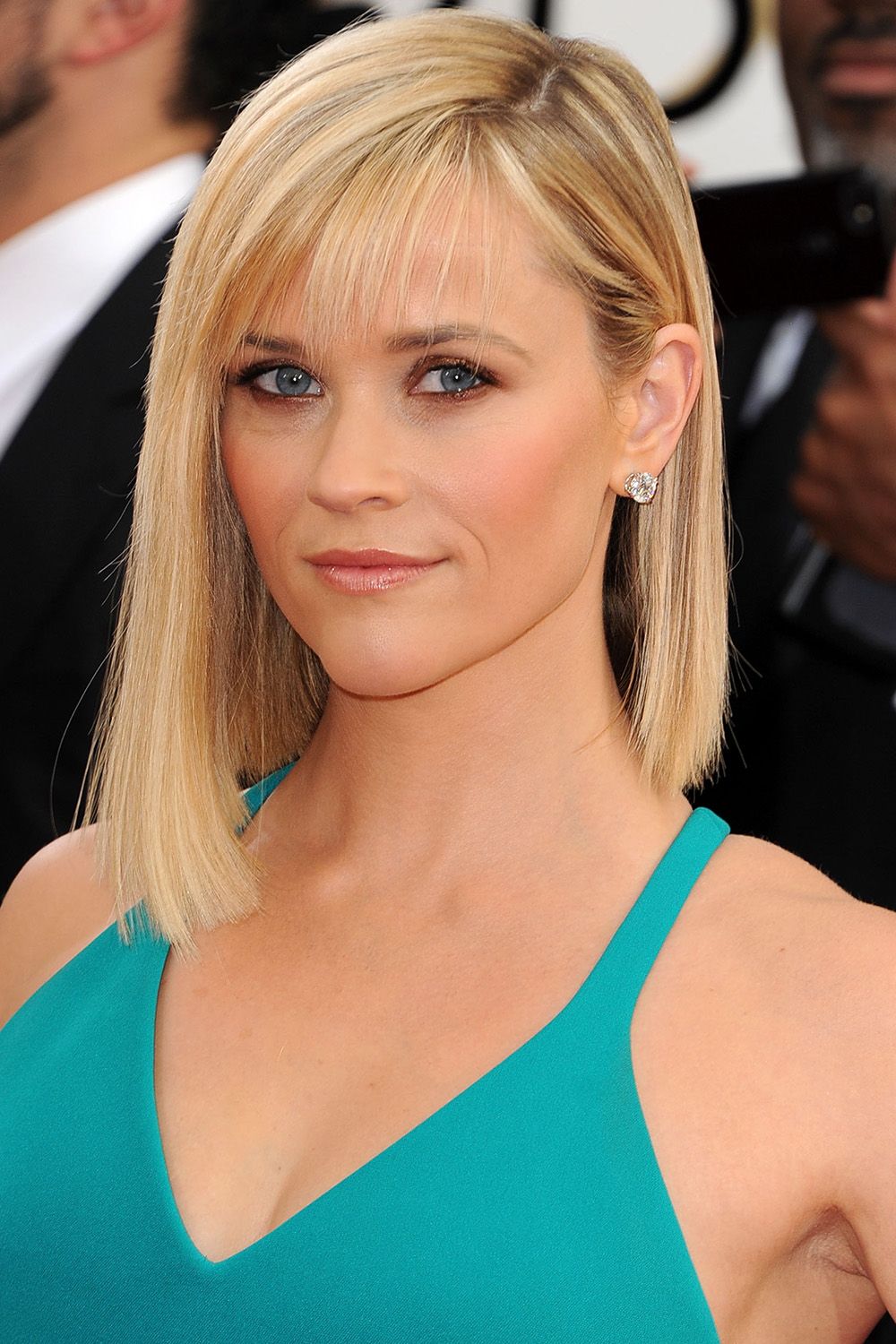 An angled bob, deep side-part, and wispy bangs made a big beauty statement for Reese Witherspoon in 2014. 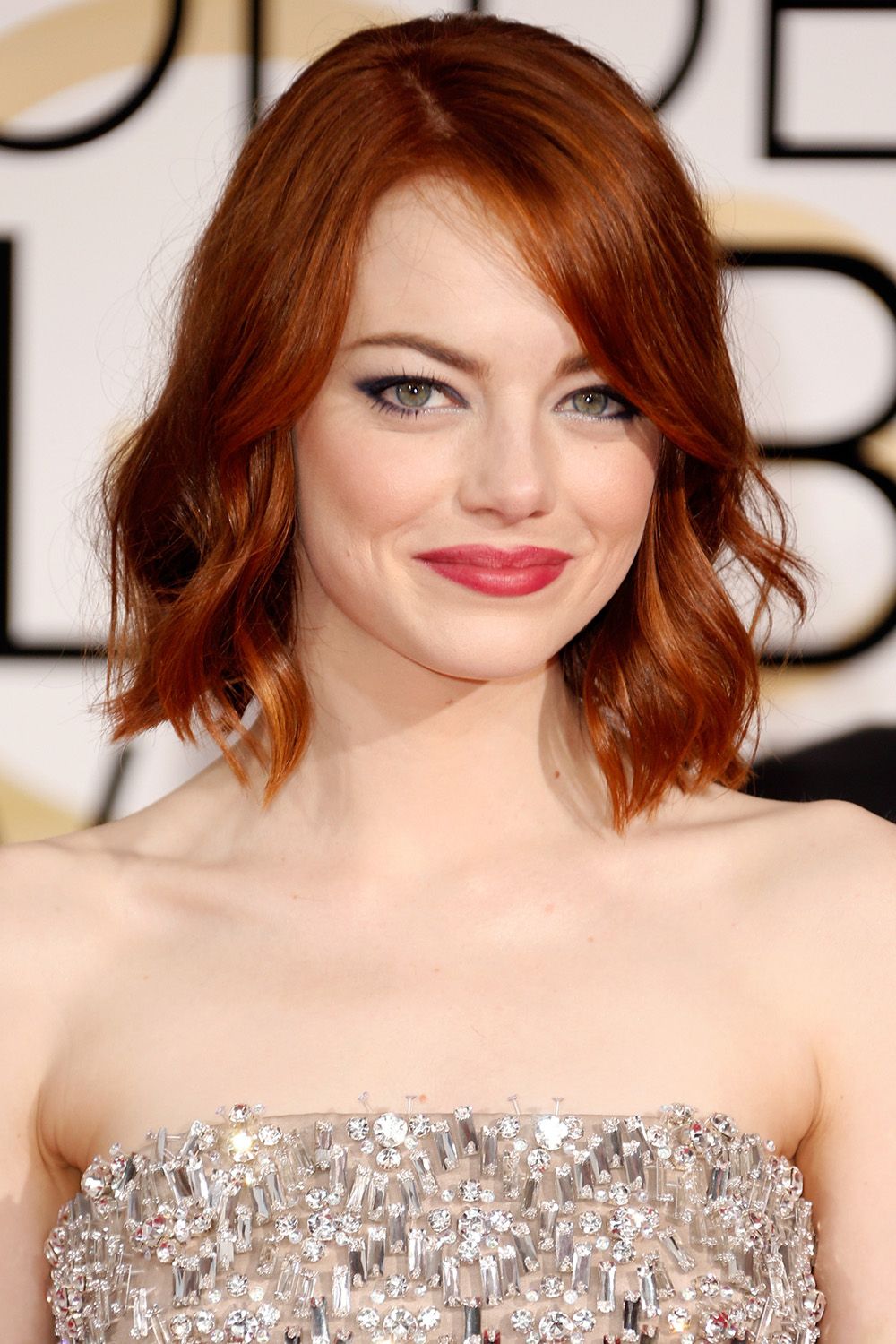 Emma Stone rocked the lob haircut a million women took to their stylists the day after the Golden Globes in 2015. 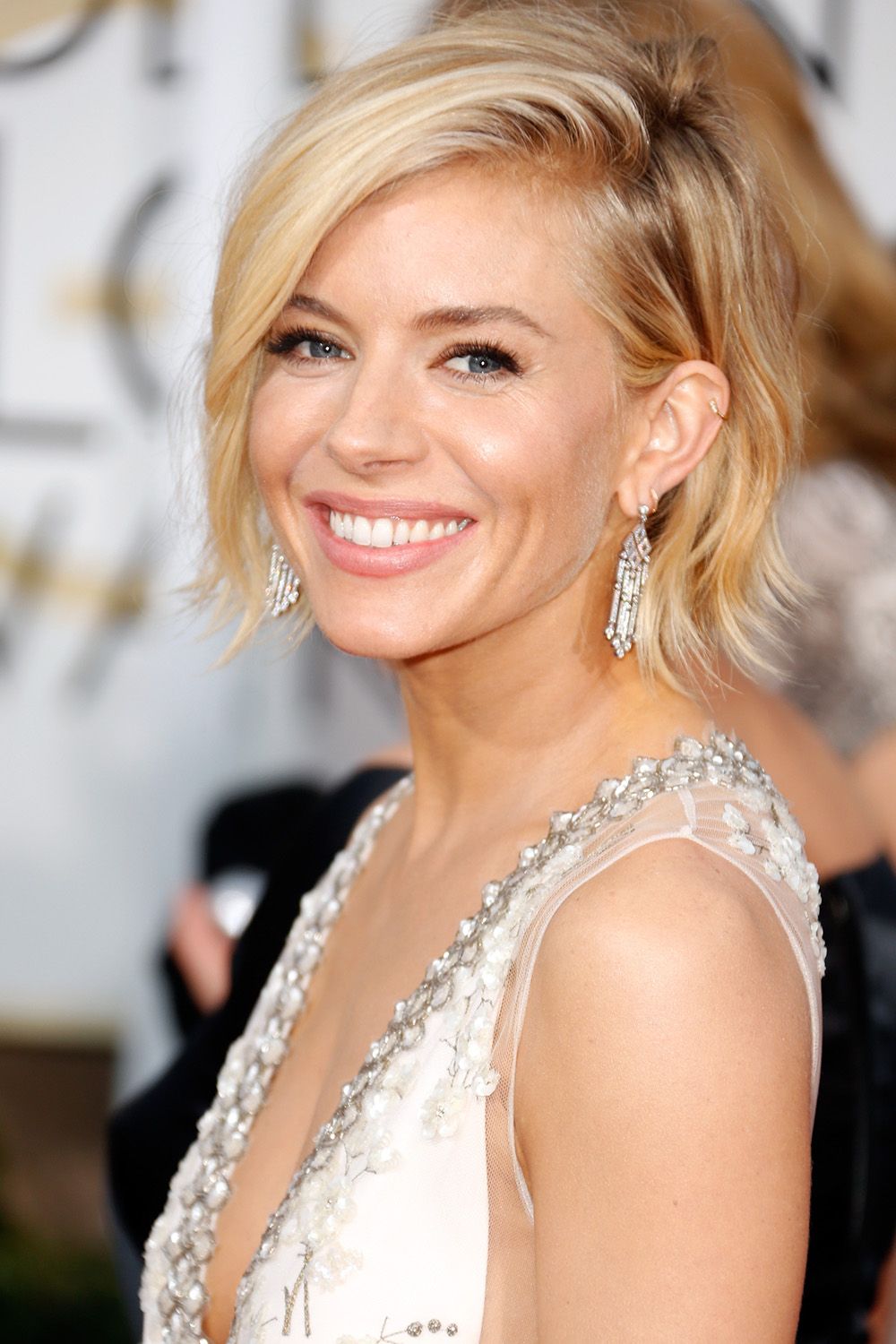 Short, messy, and rumpled hair never looked as glamorous as it did on Sienna Miller in 2015. 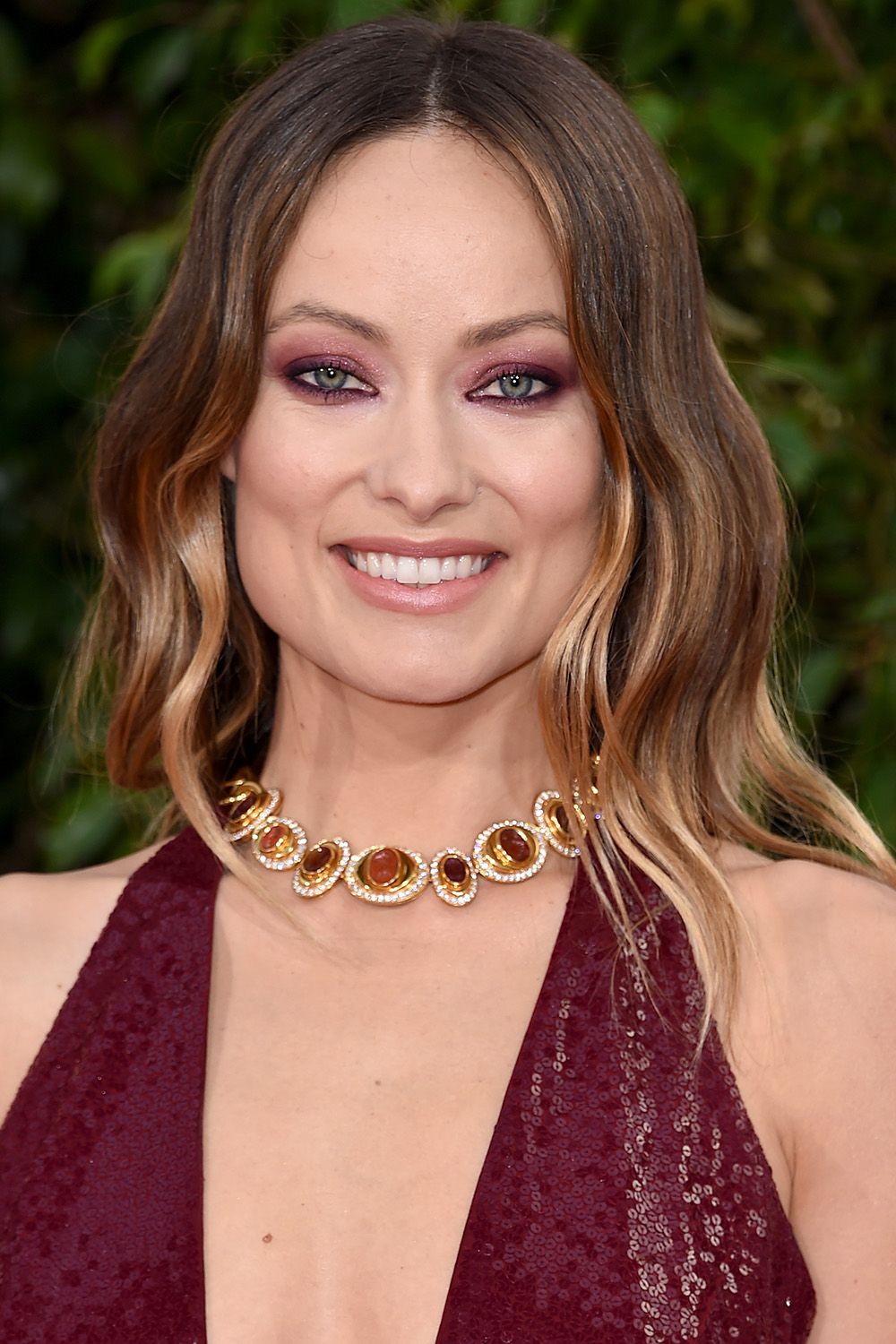 Olivia Wilde matched her maroon eyeshadow to her dress and jewels at the 2016 awards ceremony. 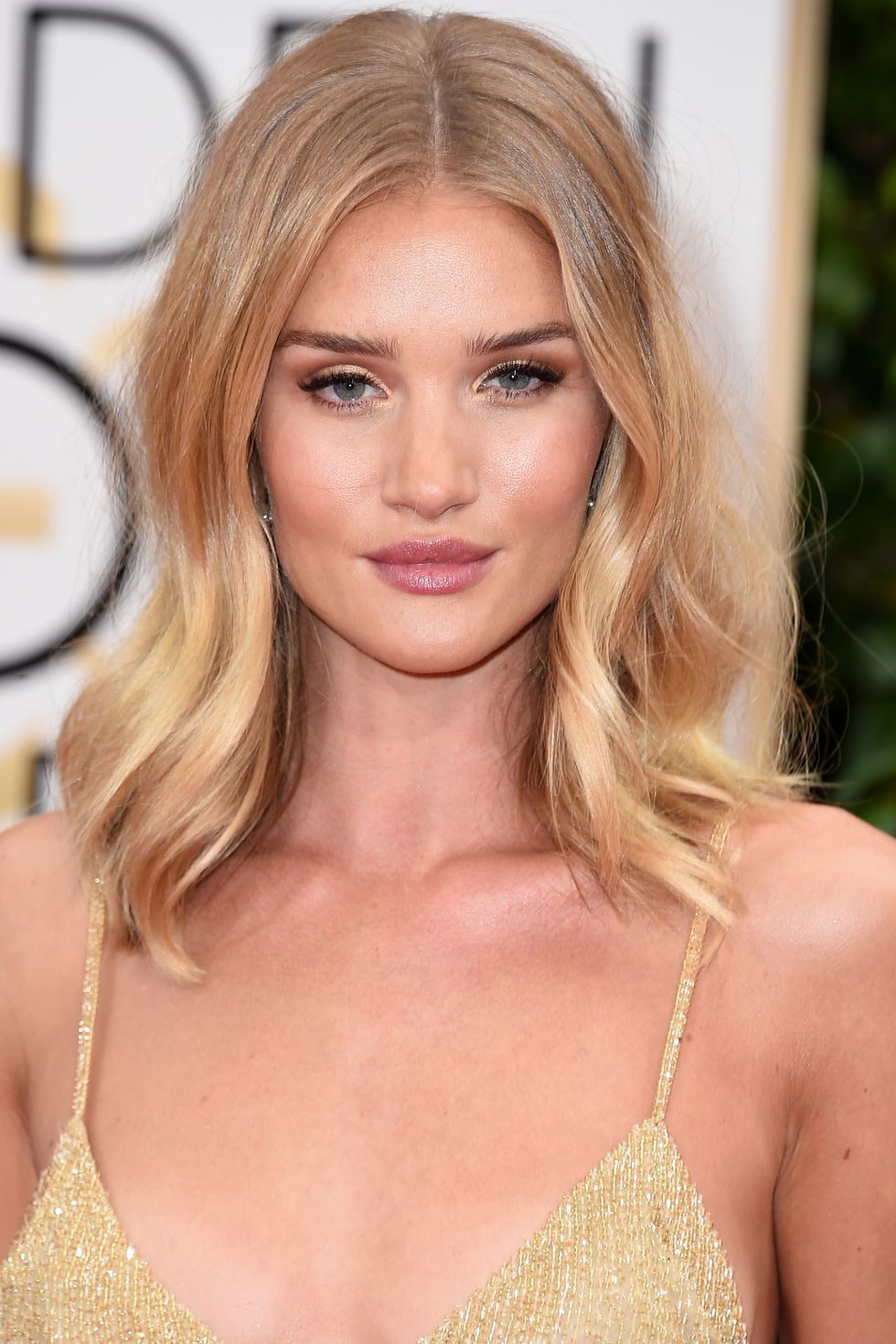 The model/actress won for golden girl of the 2016 Golden Globes with her gilded shadow and glowing skin.

Nominated for her work in Rules Don’t Apply in 2017, actress Lily Collins proves that there is no better beauty combination than pink and red. 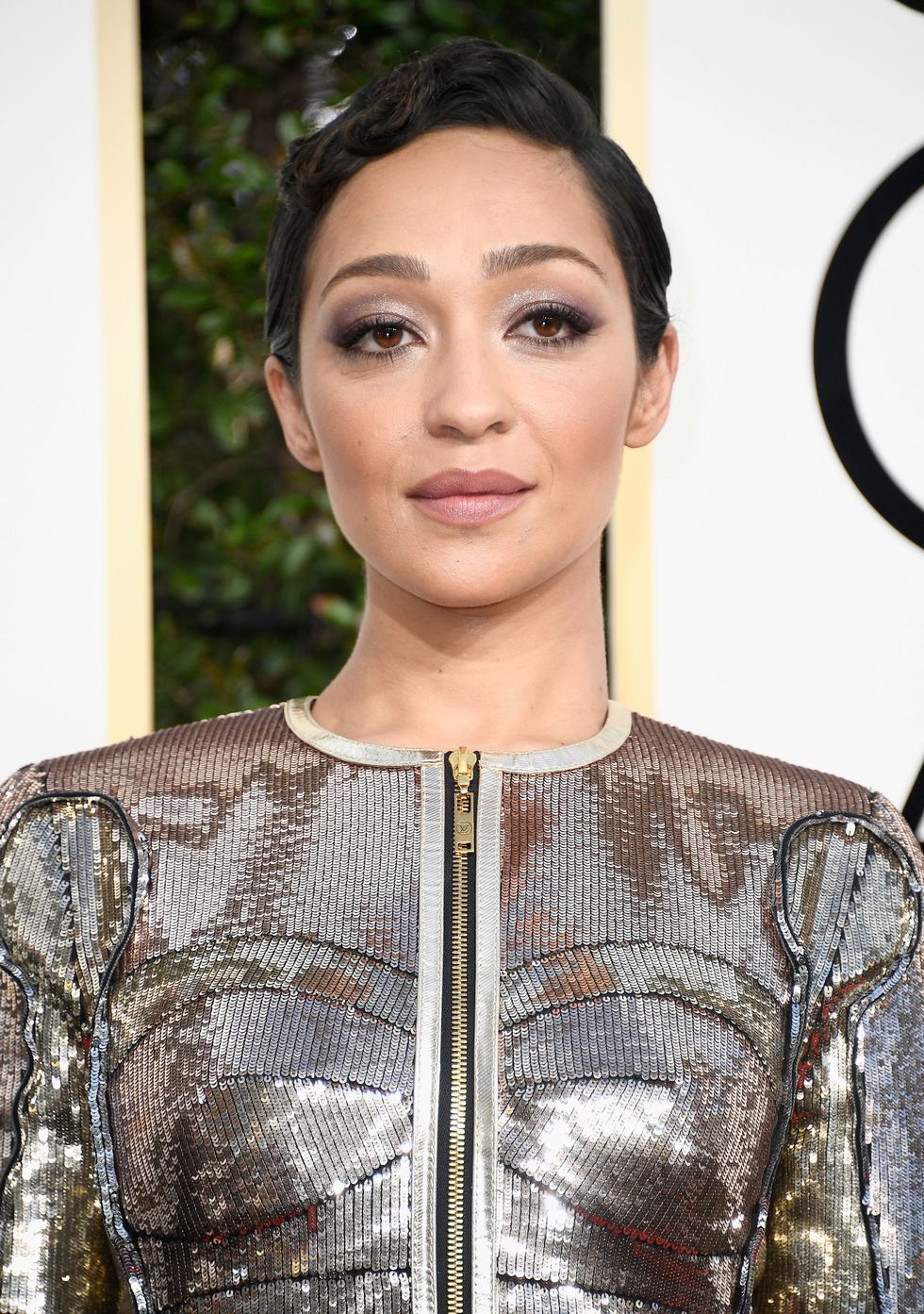 The star of Loving matched her eyeshadow to her dress with a wash of silver metallic pigment at the 2017 awards ceremony. 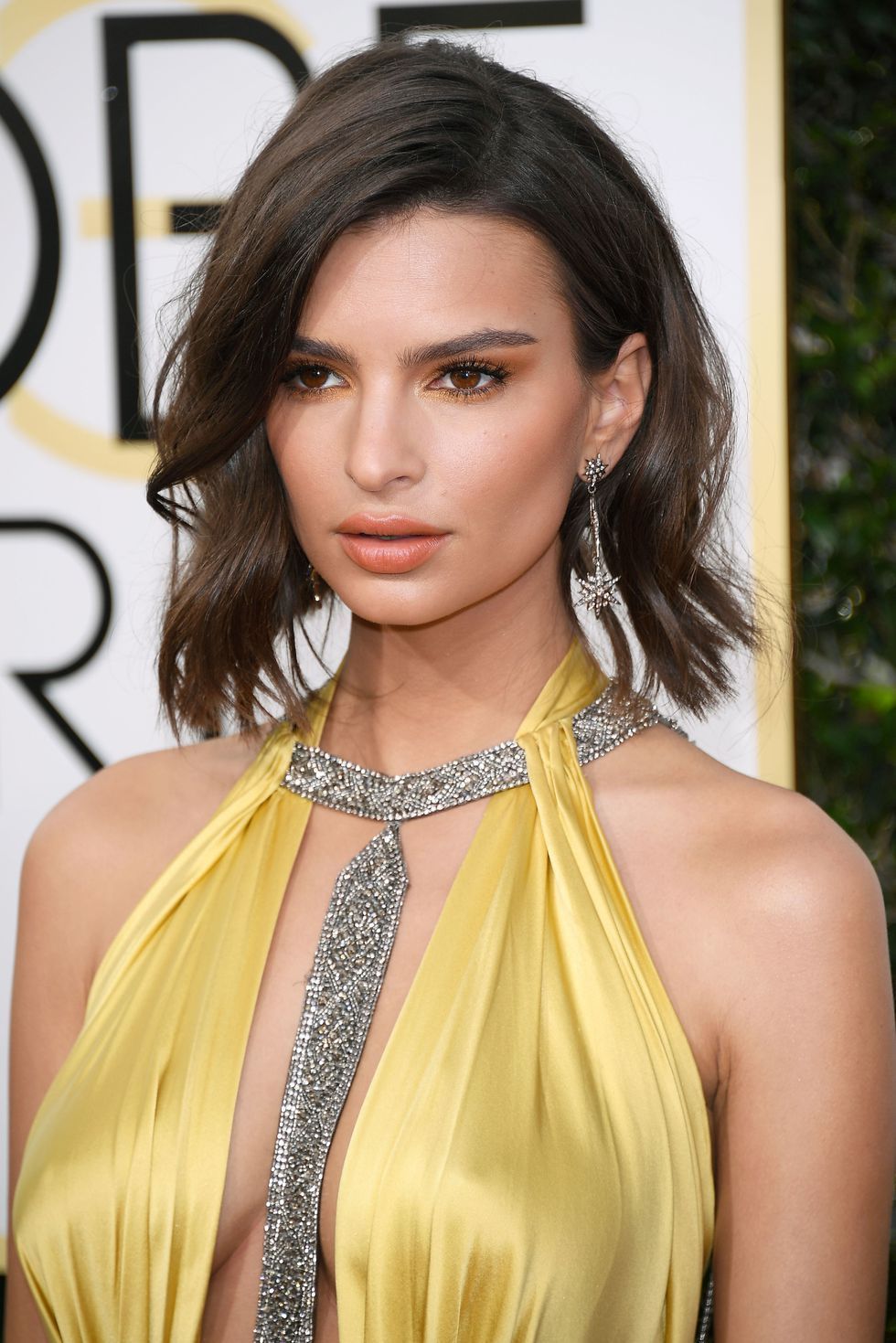 Rocking what looked like a new lob cut in 2017, Emily Ratajkowski’s hair was actually expertly pinned and rolled into place—creating the appearance of a dramatic chop. She topped off her faux hairstyle with monochromatic peachy makeup. 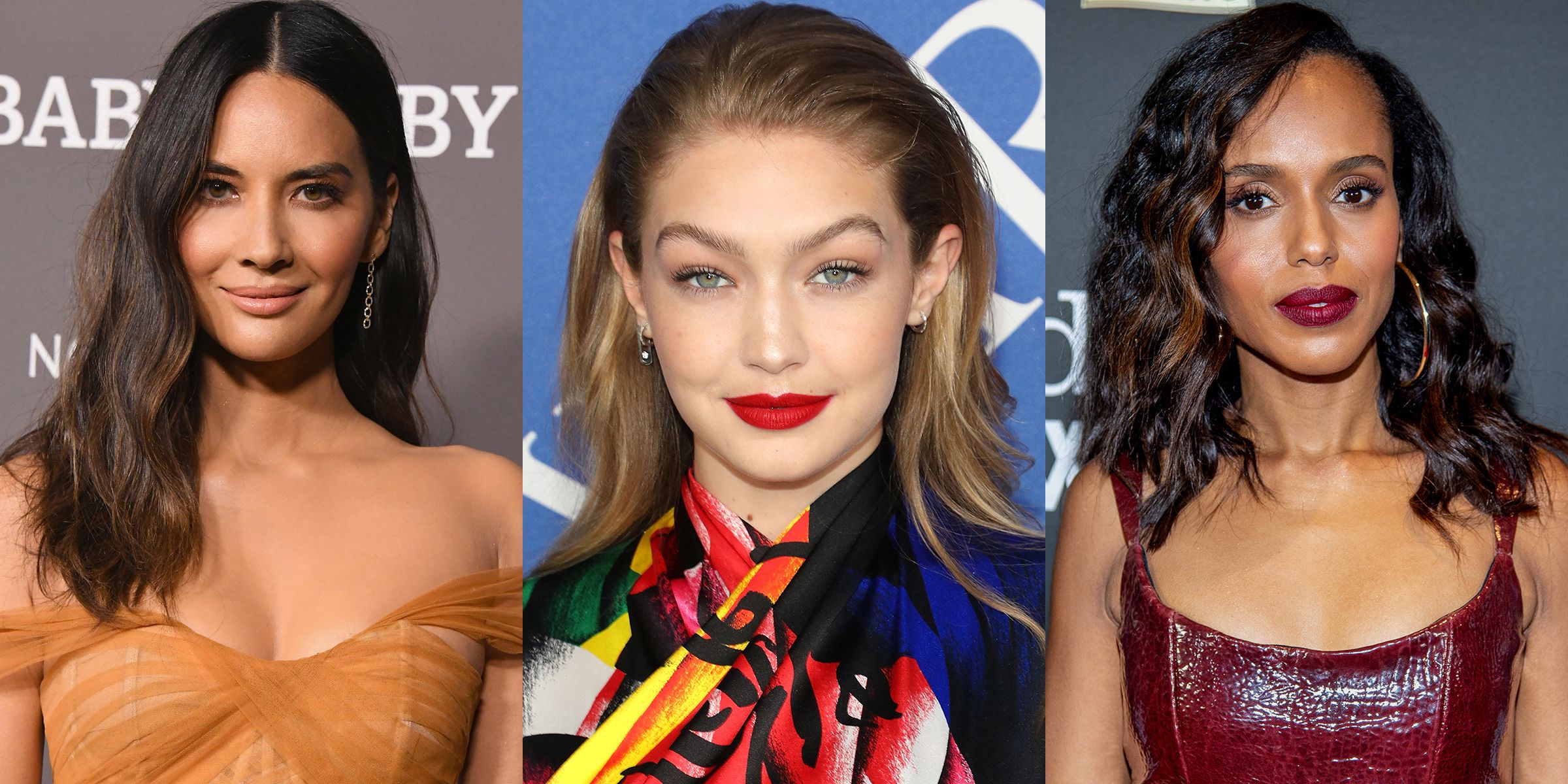