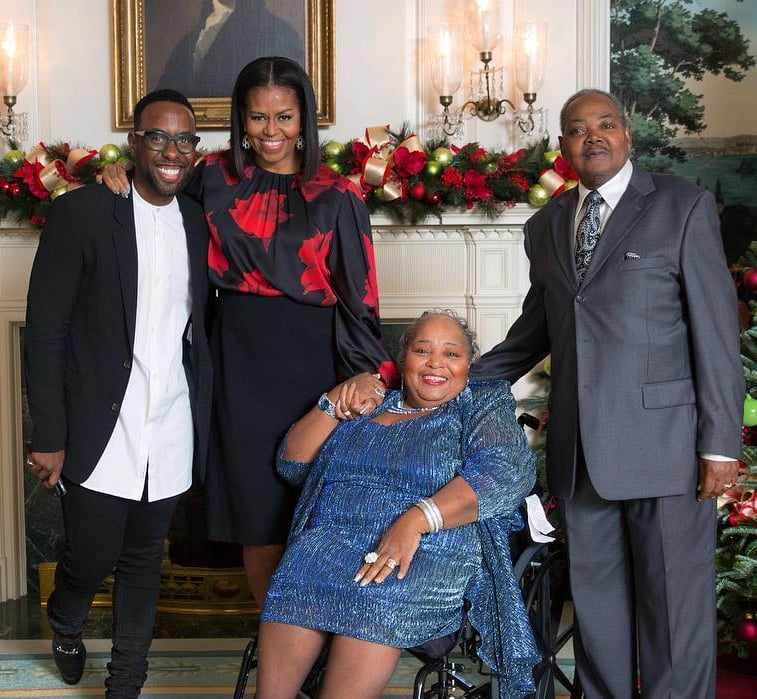 Johnny Wright was all but genetically programmed to work in the hair business. Nearly every person in his immediate family — his father, his uncle, his grandmother — worked in barber shops and salons in the south side of Chicago. The latter, he says, taught him everything he knows.

“My grandmother said I was combing her hair into clean ponytails when I was 3 years old,” Wright told POPSUGAR with a laugh. “I used to sit at her feet while she was pressing and curling her client’s hair and watching her, and smelling the grease throughout the house. It’s just something I, innately, felt I knew how to do.”

By the time Wright turned 11, he had his first client in his mom. In the next two years, that list grew by a few girls in the neighborhood, and then his brother’s girlfriend, students, church friends, teachers. “By the time I was a sophomore in high school, I had amassed over 100 clients. My father built me a salon in the basement of our home when I was 14, and I took clients there. At 17, I had two shampoo girl assistants, one secretary who would answer calls, collect the money, re-book appointments, and make sure we had all our supplies. The little Johnny basement salon in my parents home.”

This is all to say: the man is damn talented, and always has been. Even before getting his cosmetology license and working with major celebrities and international beauty brands, he stayed busy. It seemed his ability to turn anyone’s hair he touched into magic kept people coming back, and back, and back for more — including Michelle Obama.

09/30/2020 Beauty Comments Off on Michelle Obama's Hairstylist on the Politics of Hair — and What the World Needs Now
Recent Posts
We and our partners use cookies on this site to improve our service, perform analytics, personalize advertising, measure advertising performance, and remember website preferences.Ok