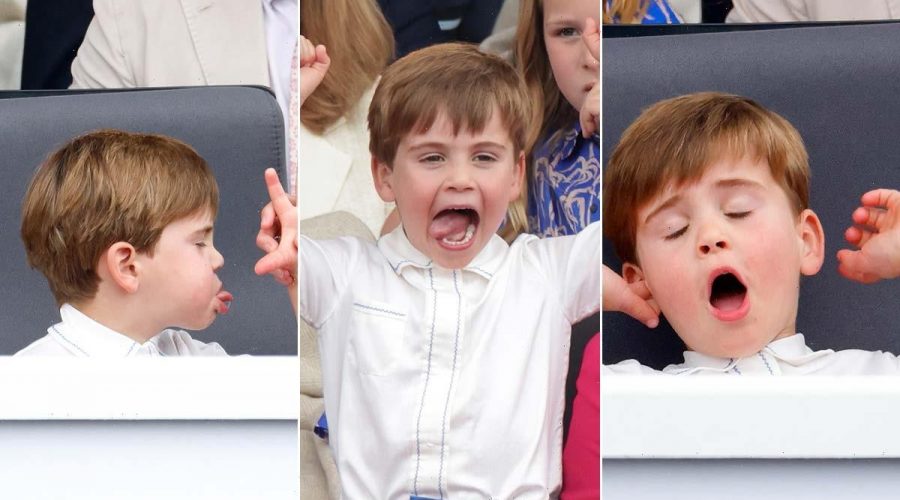 The Duke and Duchess of Cambridge‘s youngest son Prince Louis captured the hearts of the nation on Sunday when he joined his parents in the royal box at the Queen’s Platinum Jubilee pageant.

While Louis’ older siblings, Prince George, eight, and Princess Charlotte, seven, were on their best behaviour, the event became all too exciting for four-year-old Louis. The royal tot proceeded to make a series of unforgettable cheeky faces that we predict will still be iconic in years to come.

From sticking his tongue out at the Duchess of Cambridge to pretending to be a lion, jumping seats to sit on grandpa Prince Charles’ lap to almost falling asleep at the royal event, we can’t help but coo over Prince Louis’ sweetest moments from the pageant.

We’re not too sure what little Louis was looking at when this photograph was taken, but he’s clearly extremely excited over it! 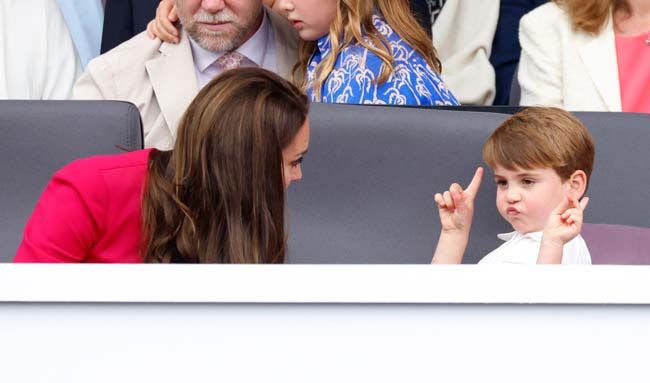 Prince Louis clearly wasn’t having any of whatever the Duchess of Cambridge was saying when this hilarious moment was captured. The young royal proceeded to waggle his finger and pout at his mum. So relatable! 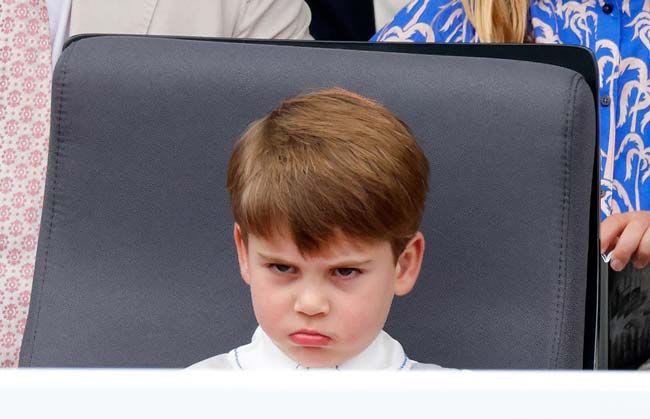 Even royals get the strop sometimes. Prince Louis showed off his best sulking face in this sweet snap!

The Duchess of Cambridge saw the humour in her son’s cheeky behaviour in the royal box. Prince Louis was spotted sticking his tongue out and blowing raspberries at his mum during the pageant. 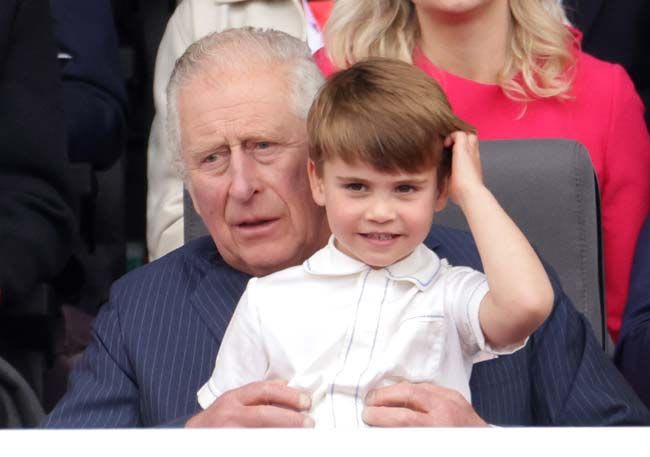 Time for grandpa to take over! Prince Charles was every inch a doting grandfather as he entertained his four-year-old grandson while he watched on from the royal box. Don’t they have the sweetest relationship?

Louis did so well to stay awake for the whole parade, though he did appear to get rather sleepy towards the end, resting his head on Duchess Kate for a quick kip. 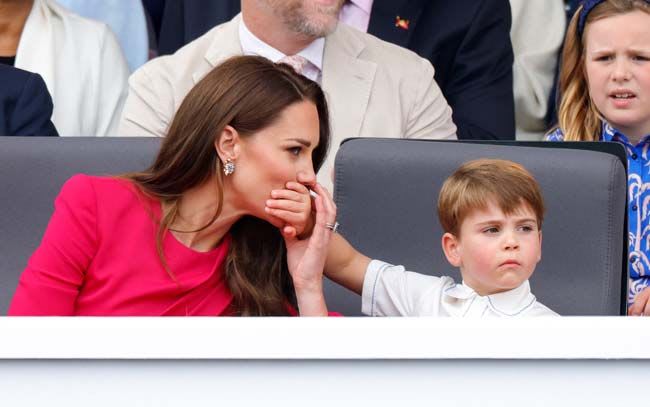 The Duke and Duchess of Cambridge thanked royal fans via their personal Instagram account. They wrote: “Thank you to everyone who turned out to show their gratitude to The Queen and her inspiring 70 years of leadership. From the crowds on the Mall to communities hosting street parties up and down the country, we hope you had a weekend to remember.”

Referring to little Louis, Prince William and Kate ended their personal message with: “We all had an incredible time, especially Louis… [eyes emoji]. W & C.”

06/07/2022 Beauty Comments Off on From grumpy, to cheeky, to overjoyed: Prince Louis’ 7 best moments at the Queen’s Jubilee
Recent Posts