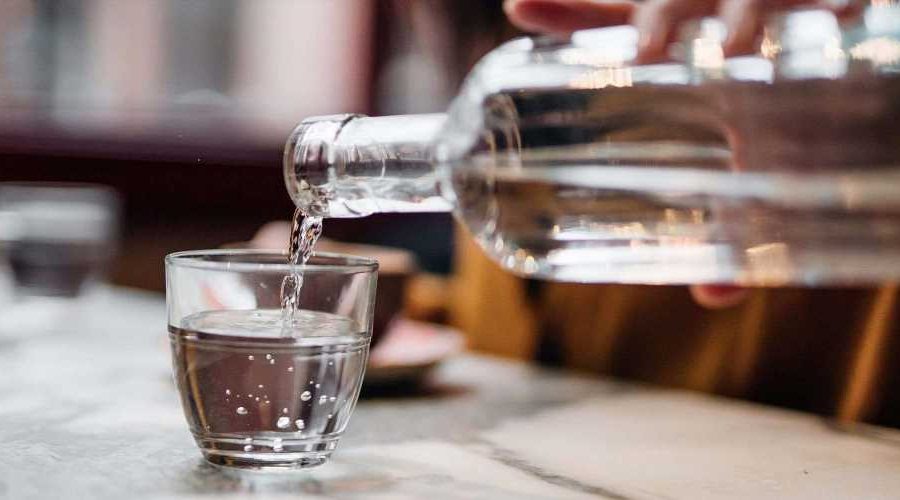 I'd always assumed Dry January was a little test done by people worried they were alcoholics. If they could stop drinking for a month, they'd convince themselves that they were in the clear. This is maybe why I never did it: I had no desire to test whether I was an alcoholic.

Not that I thought I was; in fact, I was so sure I wasn't, I sometimes wished I was. If only I could go to rehab and just get fixed instead of being mentally ill in all different directions, I thought. I drank a lot, sure. Because I was good at drinking. I was a skilled drinker. I had an astonishingly high tolerance and was fun as hell. Alcoholics, to my mind, came in one model only: To be an alcoholic, you had to be drinking rubbing-alcohol-quality vodka out of water bottles that you kept in your bedside table for easy morning access.

As it turns out, health, broadly, is a more popular goal for Dry January than curbing the much-maligned increased pandemic drinking.

Nearly one in five adults planned to participate in Dry January this year, according to a Morning Consult poll. That's about 19%, and it increases when you look at only millennials: more than a quarter of millennials polled responded positively, up from 16% in 2021. Many are recidivists: 77% said they'd done Dry January before. In hindsight, my assumptions about Dry January probably said more about my own relationship with drinking than anything else.

One thing someone validated for me early on that was really helpful was this: It’s OK to grieve the loss of drinking in your life. In fact, it might be healthy.

I don't know why my hangover on Jan. 1, 2020 was different than any other, only that it was the first time the thought, Maybe I shouldn't drink anymore had real weight in my mind. I'd celebrated New Year's Eve at one of my favorite dive bars and, I thought, "been good," meaning I'd only drank (cheap) white wine, likely to the tune of about 17 glasses. I smoked a joint on my walk home from the subway, stopping to share with a stranger. I wished him a happy new year, gaily, fell asleep feeling warm and happy, and woke up the next day certain I should die. An alternative, I guess, was to consider that maybe drinking was no longer for me.

Maybe you started Dry January thinking that, too. Maybe now you're not so sure. I wasn't. And hey: maybe you can drink in moderation. I tried. For a spell, I thought it was very cute to say I was "Marie Kondo sober." That meant that I would sometimes take a sip of something to see if it would "spark joy." A few times, I had just one drink, at a party or at a bar with a friend. I didn't enjoy it, though. I never wanted one drink. I never really wanted two or three or four either. I wanted all of them. And the aftereffects weren't that much better when I only had one or two: I discovered that the next day I would be riddled with shame and anxiety, more so than usual. I would replay things I'd said or done and full-body cringe so hard I'd feel like throwing up.

This is not to say that getting sober turned me into someone who is never embarrassing. I am embarrassing all the time. It's just that now when I am being embarrassing, I'm aware of it and can pump the brakes. Or just laugh about it right away. This is vastly preferable to my previous existence in which, for example, I woke up one morning and lay in bed unable to look at my phone until my roommate woke up and could do so for me because the one thing I remembered from the night before was deciding to try my hand at propositioning a man via text. When my roommate looked at the damage, it was … frankly, excruciating. The guy had pretty much immediately replied something to the effect of "sounds nice but I'm going to bed" and I had just … continued to text as if he had not said that at all.

But! Maybe you can drink in a "healthy" way, whatever that means for you. Or maybe you can't. And there's no morality or value to whether you can or can't. Someone who can drink "normally," meaning not to excess, isn't a better person than you. They're not stronger or smarter or better to hang out with or date or marry. They're just not an alcoholic. And much like you would probably not think dickish thoughts about a diabetic or a person with a disability, why would you think dickish thoughts about yourself for responding addictively to a substance known to be addictive?

It was, in my experience, not easy to stop drinking. The first year in particular was painful. My belief that alcoholism was "easy" because you could just go to rehab and be "fixed" turned out to be very much incorrect. That may not be the case for you! Maybe you can just stop drinking and feel how much better it is and be happy and live your life. I needed a lot of help. I was drinking because I was in pain, and when the drinking stopped, the pain was still there. The benefit was that I could finally deal with it. And because of all the resources available to people who want to quit drinking, I didn't have to do it alone. Those resources are pretty well-known, and I personally dislike the ones that aren't free, so I'm not going to get into them. I will say that if you're skeeved out by the God stuff, the Anonymous meetings have some run by and for agnostics, and there are also programs like SMART Recovery, a "science-based" program focused on self-empowerment. I did a lot of reaching out to people I knew or suspected to be sober, and in general found every single one willing to give me whatever information they had, and encouragement, too.

One thing someone validated for me early on that was really helpful was this: It's OK to grieve the loss of drinking in your life. In fact, it might be healthy.

But just like some relationships and even friendships aren't forever, my love affair with whiskey is a thing of the past. The tart kiss of Campari, the syrupy conundrum of amaro — somehow smooth and bitter and sweet all at once — and yes, the warm tingling burn of whiskey. All of these are memories that sometimes lick at the shore of my mind, the same way some fond moment with an ex who was, for a time, everything you thought you wanted might. And just as I no longer text that ex, I keep driving past the liquor store.

Dry January is over. Maybe you'll celebrate with a glass of wine. Or maybe you've spent the last 31 days reflecting on your relationship with alcohol, and you've made the decision to continue your sobriety. It is not always easy. It is also not always hard. I am told with time, the cravings might go away completely. Some people say they were relieved of the desire. The truth is, I can choose now not to think about it. Did writing that paragraph make me want whiskey? Yes. Do I think sometimes it could be sexy to do things the way I used to, to drink whiskey neat with someone I find attractive and tumble into bed with them? Sure. Would I give up everything I've gotten from not doing that to do it one more time? Absolutely not.