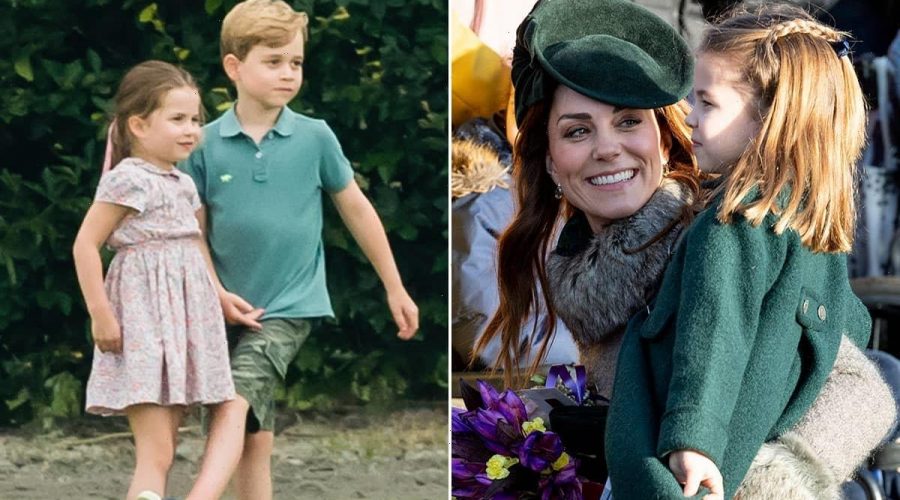 Princess Charlotte is the daughter of the Duke and Duchess of Cambridge, and at age six, is one adorable young lady with a sizeable fan base already.

The middle child of the family – who has siblings Prince George, age eight and Prince Louis, age three – Princess Charlotte is said to be “the one in charge” in the Cambridge household, according to her mother, Kate. Charlotte is fourth in line to the throne and bears a strong resemblance to her great grandmother, the Queen, with whom she shares a warm, confident nature. Want to know more about the young Princess? Read on…

While we know the Princess as her birth name, Charlotte, she is called something more informal at home with parents William and Kate. The young Princess is affectionately known as ‘Lottie’ to her mother Kate, and William has an adorable term he uses for his daughter too.

When the family visited Kate’s Back to Nature garden at Chelsea Flower Show, the royal father was overheard calling Charlotte a French-inspired nickname, “Mignonette”, which means ‘cute’. The Duke and Duchess have nicknames for Charlotte

Charlotte seems to be quite an active child, with an interest in several different sports.

During her parents’ tour of Ireland, Duchess Kate revealed that Charlotte has a passion for gymnastics. Kate said: “Charlotte is really into gymnastics, she’s doing cartwheels, handstands, everything. It’s so good for their basic skills of balance and coordination.”

Life at Kensington Palace is filled with animals for sweet Charlotte – the lucky girl.

The Cambridges got a new puppy in 2020, shortly before the death of their beloved English Cocker Spaniel, Lupo, in November. Charlotte is also a keen horse rider and started riding when she was just 17 months old. In 2016, Kate met Paralympic gold medallist Natasha Baker, who let slip: “She emphasised that Charlotte has this passion for horses and although she doesn’t echo it, she’ll do her best to champion and encourage it.”

Prince William recently revealed how his daughter has quite a sense of humour.

During an engagement in the West Midlands, dad William was heard joking in a video shared by MailOnline, remarking how Charlotte responds when anyone asks her age. “If you ask her, she says she’s 16,” he revealed. “Charlotte says, I’m six now, I’ll do whatever I want’. They grow up very fast.”

She gardens with her grandma

In a recent interview with Saga magazine, Princess Charlotte’s grandmother, Carole Middleton, revealed that she likes to garden with her grandchildren.

Charlotte gardens with her grandma Carole

She said: “If I’m doing planting with my grandchildren, I like to have it all laid out at ‘activity stations’ with their own little trowel and pot so they can get started immediately.”

She added: “It’s important for children to grow up appreciating nature and part of that is allowing them to get a bit muddy.”

Did you know that Charlotte speaks another language at home as well as English? The Cambridges’ nanny Maria Teresa Turrion Borrallo is Spanish and has taught the children the language since they were toddlers.

A source told People that Prince William and Kate’s daughter can speak a bit of the foreign language, and is “very sweet and very confident – she’s always chatting away”. The insider added that Charlotte is “so polite, but also fun and energetic” and has “beautiful manners”. Tha Cambridges with their nanny

Yes, it’s true – and it’s all down to Charlotte’s grandmother, the Duchess of Cornwall. On a school visit in Slough, England, Camilla told students how she likes eating peas straight from the pod in her garden. “I take all my grandchildren down to the garden and they spend hours eating peas,” she revealed.

Charlotte cooks for her mother!

Aw, isn’t that the cutest thing? People reported that during a visit to Lavender Primary School, Duchess Kate told Matthew Kleiner-Mann how her children love to cook for her.

He said: “She was telling us how much her children love cooking and how they cook for her. They made cheesy pasta the other day. One stirs the flour, one puts the milk and butter in. And they make salads and stuff.”

Like many children her age, Charlotte is particularly taken with unicorns. During a visit to Harcombe House in Devon, the Duke of Cambridge joined an art therapy session and spotted an arty unicorn horn in the room, saying: “My daughter loves unicorns. Loves them. Very cool.” Charlotte with her unicorn keyring

Charlotte is such a unicorn fan, she even has a unicorn keyring on her school bag and a unicorn purse, which she carried on a day out at the polo.

During William and Kate’s Canada tour in September 2016, a 16-month-old Charlotte delighted royal fans when she was heard saying her first words in public as the Cambridges attended a children’s party.

The toddling Princess couldn’t contain her excitement when she saw balloons and ran over to them, exclaiming “Pop!” Charlotte was also later heard saying “Dada” to her father.